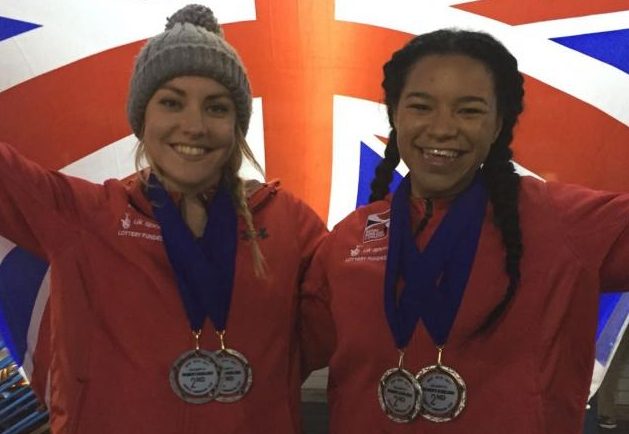 Mica Moore is taking a break from bobsleigh – to go back to university.

The 24-year-old has enrolled in the MSc in Sport Broadcasting and Media at Cardiff Met University.

But Moore has refused to rule out returning to the bob in a bid to compete at the 2022 Winter Olympics in Beijing.

“I have achieved so much in bobsleigh this year and it is nice to be able to turn my hand to something else. I just wanted to try other things.

“Mica was one of the first people I spoke to. It was not an easy decision because we are a team and I didn’t want to feel as if I was letting her down but she was so supportive.”

Moore, who joined the GB bobsleigh programme having excelled at athletics, and McNeill launched a £30,000 crowd funding appeal in order to compete on the World Cup circuit last season after a funding cut.

The duo went on to claim Team GB’s best ever female finish at a Winter Olympics in the event.

“While we would obviously have liked Mica to have continued competing this season, we support her decision to return to education,” said British Bobsleigh Head Coach, Lee Johnston.

“Mica has made a real impression since she joined the GB squad and she should be very proud of what she has achieved so far.

“Winning the World Junior Championships, finishing fifth in the World Cup in Whistler and securing Team GB’s best-ever female finish at an Olympic Games are obvious highlights, but she has also been a really important member of the wider team.

“We’re pleased that Mica isn’t ruling out a return to bobsleigh – the door will always be open to her and we still believe she can be a strong performer for Great Britain at the next Olympics in Beijing.

“We still have a good group of female athletes to choose from, however, and we are confident they can do well again this season.”