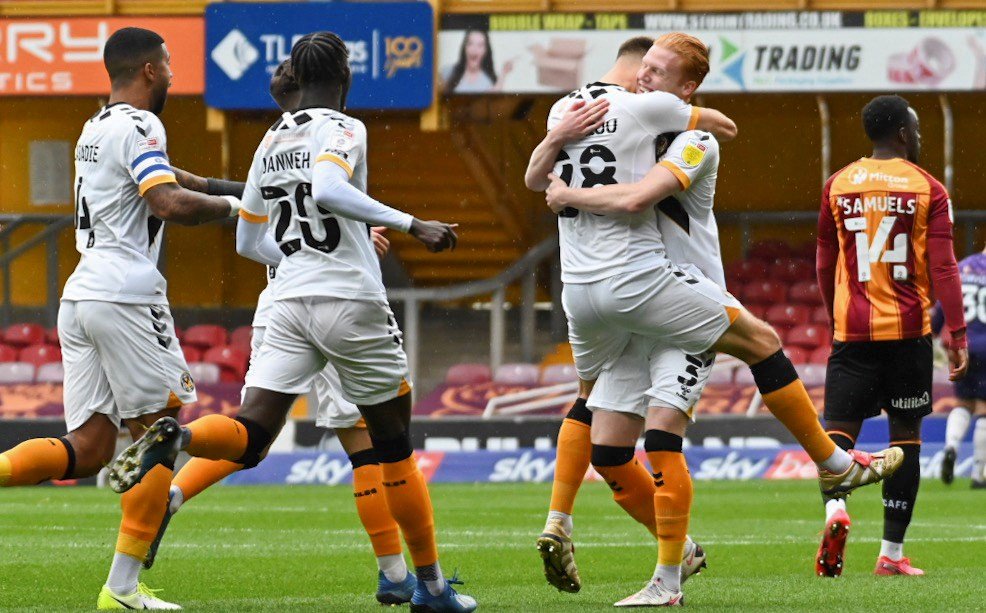 Newport County have made their best start to the season as they moved top of League Two.

Newport County manager Michael Flynn is refusing to get carried away despite his club’s best start to a league season.

The Exiles returned to the top of the Sky Bet League Two table after a thumping 3-0 victory at Bradford City.

With 19 points from eight games, County have made history with their best ever start to an EFL campaign but Flynn isn’t taking anything for granted.

“What I’d rather now is the best finish in the club’s history,” insisted Flynn after seeing his side make it 19 points from their opening eight games.

“It’s just a start, there’s a long way to go. I’m not getting carried away at all.”

“It was a fantastic win against a team who I think are very good. They have a lot of good players.

“They had a lot of possession in the second half but didn’t really hurt us. We played the counter-attack game well.

“It’s always a tough one when you are leading 2-0 at half-time – how do you approach it?

“I was confident we could defend solidly and take our chances if they came and we should have scored a couple more in the second half.

Flynn praised Amond who struck after coming on as a replacement for Saikou Janneh who suffered a hamstring injury.

“He’s a fantastic professional,” Flynn told the club’s website. “I thought he did very well when he came on.

“I said to him at half time ‘that is the importance of a group sticking together because you might think you won’t get your chance’ and then Saikou does his hamstring.”