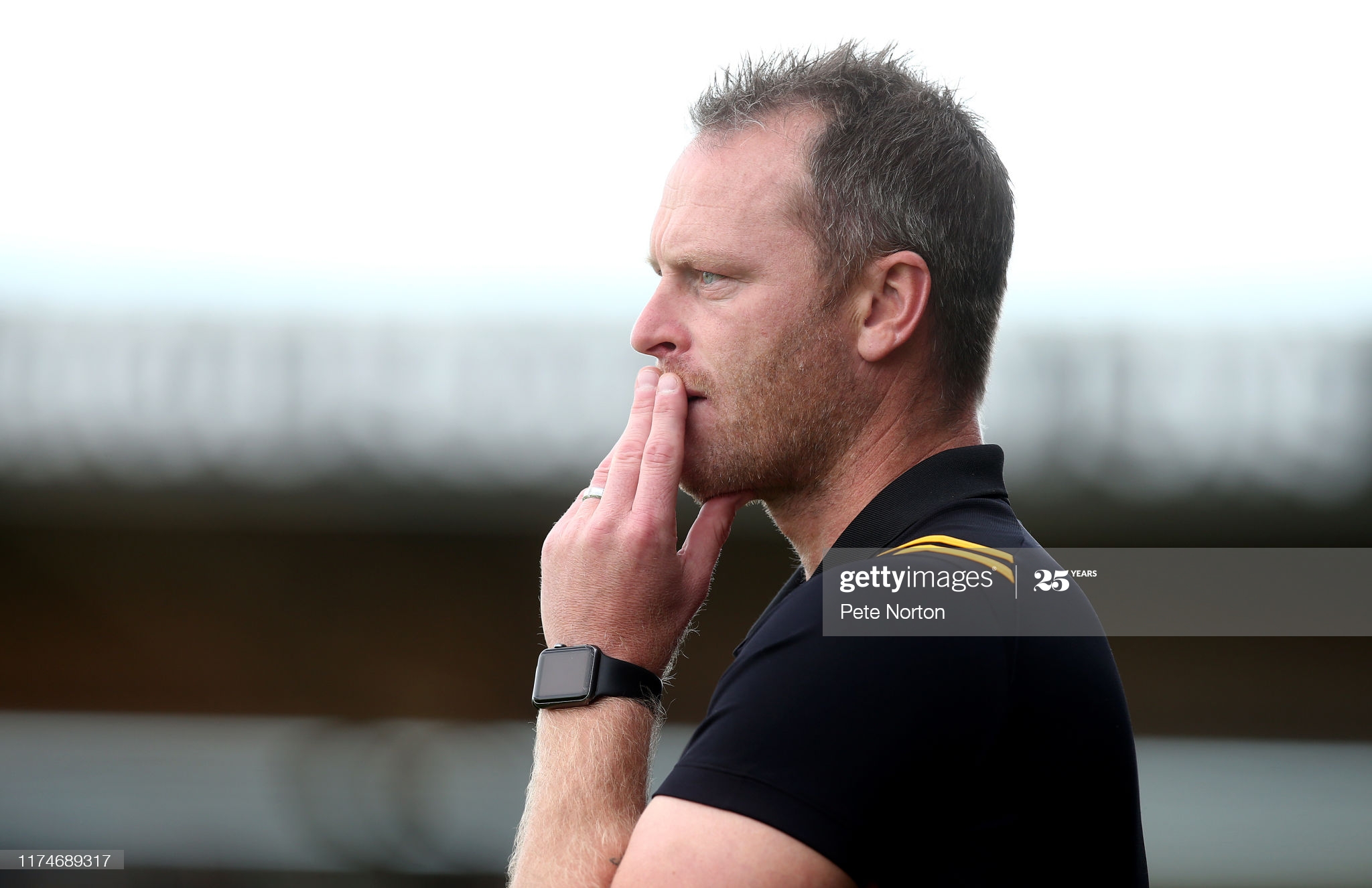 Newport County manager Michael Flynn has admitted the promotion bandwagon needs to be put back on the rails on Sunday.

The Exiles manager wants his players to rediscover the consistency that made the first half of their seasons such a period of promise as they host second place Forest Green Rovers.

A severe loss of form of late has seen County drop to fifth – five points adrift of leaders Cambridge United but only one point clear of promotion chasers Morecambe – who sit in eighth place.

In the strangest of seasons, Flynn’s men were simply magnificent until December – leading all their rivals, including Forest Green, before the slump began.

However, despite only one win in eight – including their FA Cup defeat to Premier League outfit Brighton in early January – Flynn still believes that there is a long way to go between now and the end of the season.

“It’s long way to go still this season, but we need to rediscover that consistency as soon as possible,” he said.

“A whole lot of things have gone wrong over the last couple of weeks – we’re not in particularly good form. That aside, we should have won the last two. We haven’t and we’ve faced the consequences of that.

A lot to digest in 2️⃣ minutes 😅 Check out all the key talking points from last night’s epic encounter 👇#ECFC #OneGrecianGoal pic.twitter.com/p2tRfPRdGl

“The pleasing thing at the moment is our discipline. We’ve had no more red cards recently, but I think that we have to be more switched on when it comes to the latter stages of games.

A midweek 1-1 draw against Exeter City was a disappointing result against a side reduced to nine men for large proportions of the game and once again Flynn underlined the lack of ability to put teams away.

“If we scored first on Tuesday night and against Southend, we win the game – it’s as simple as that. Unfortunately, we didn’t in either game.

“We know as a team we’ve got to be more clinical in front of goal – hopefully we can put that right very soon.

“On the flip side, our confidence is still high. We’re still fifth in the table and are in a great position to do something special this season, so we’ve got to keep digging in and hopefully we can have a turn in form.

“A win against a side as good as Forest Green would give us a huge lift going forward. However, we have all started to look at things differently because of the state of the pitch. That is a massive disadvantage to us and the way that we like to play.”

😍 Did you really think we wouldn’t pull this one out of the archives?

George Williams bagged a special hattrick on our last visit to Rodney Parade.#WeAreFGR 💚

In a game has been pushed back 22 hours due to the adverse weather conditions, the 40-year-old believes that in order for his side to rediscover their attacking exploits they must do the fundamentals right.

“Whatever style of football we play, the fundamental side of the game doesn’t change. You’ve got to keep your passing good, keep hold of possession, win your first and second balls, and score when you’re in the six-yard box.

“All of these fundamentals don’t change even when you’re playing football like Pep Guardiola’s Manchester City or playing like the old Wimbledon. The fundamentals never change in football.

“We’ve played some incredible football at times this season, but to enable us to do that has come from us doing the fundamental things right and consistently.”

County have been bolstered with the return of defender Liam Shepard ahead of this weekend’s game against his former club and Flynn has been really impressed with his input to the side so far this season.

“It’s a massive help having him back available for the weekend. He’s been a massive asset to us and has been brilliant for us this season.

“I’m very pleased to have him back and hopefully he can continue his great form on Sunday.

“Sometimes the red cards don’t always hurt in the games that occur – it’s the aftermath of them – the three games that they miss following their red card. That’s when it really sets in and can affect the side hugely.

“Liam is an experienced League Two player and has a variety of qualities. He knows the game well. However, that doesn’t make him immune from mistakes, but he’s a real positive addition to what we can select on Sunday. “