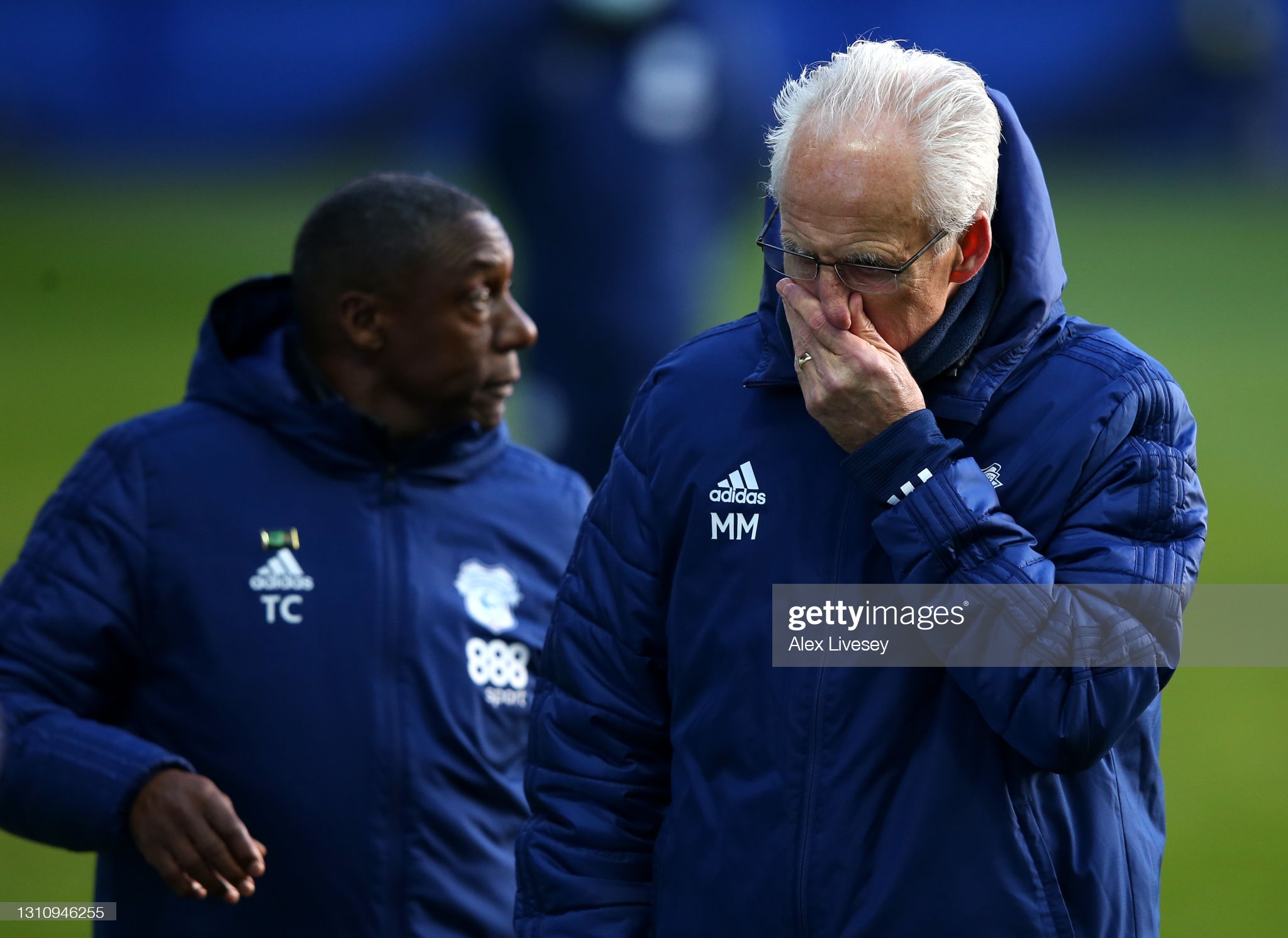 Mick McCarthy and his assistant Terry Connor troop off at half-time. It didn't get any better after the break. Pic: Alex Livesey/Getty Images

Mick McCarthy admitted Cardiff City’s 5-0 thrashing by Sheffield Wednesday was the worst display of his reign as manager.

The Bluebirds defeat left them eight points off the play-offs with just six games left this season.

City were 3-0 down within 25 minutes against the bottom-club and have now won just one game in six.

But McCarthy defended his decision not to make changes until his side were 5-0 down, including bringing on Harry Wilson who had started on the bench.

Wonderful from Wednesday @swfc, dire from @CardiffCityFC. Thumped 5-0 by the bottom club, worst beating for 3 years but that was at Man City. Mick McCarthy’s record since signing his contract looks almost as dire as the performance: 6 matches, 1 win, 2 goals.

“A humbling experience,” admitted McCarthy, with the feel good factor from his winning start as City boss now well and truly over.

“They were considerably better and it was the worst performance we’ve had since I was here.

“They’ve given me everything since I came to Cardiff and I can’t knock them.

“It was a disappointing performance and result.

“Everything has gone so well since me and TC have come in and it’s been fabulous.

“It’s easy to be supportive when it’s all going so well but when we’ve had a disappointment, that’s when we need the support.

“We’ll continue to work and try to get back on track.”

City held on until half-time without conceding further goals but McCarthy opted not to make changes at the break.

“My message at half-time was that I wanted to see a reaction from the team I picked which I thought was the best team for the game,” he added.

“At 5-0 down I made substitutions. I don’t think they’ve played badly. We’ve been done by goals that were almost unstoppable.”

Jordan Rhodes, considered a summer target for City, extended Wednesday’s lead before Reach got his second to complete the rout.

Successive defeats over Easter have surely put paid to any hopes of getting into the top six with Saturday’s visit of Blackburn Rovers now must win.