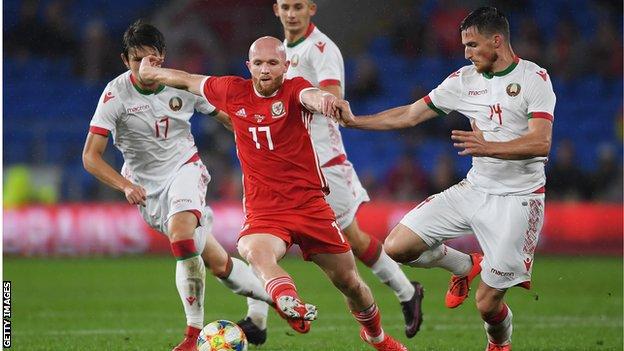 Mick McCarthy insists Cardiff City are not in a relegation scrap – but knows he has a big week ahead to avoid being dragged into one.

The Bluebirds travel to Bristol City on Saturday looking for their first win under their new boss after successive draws with Barnsley and Millwall.

City are 16th in the table – having not won in seven league games – and are just five points above Rotherham United who occupy 22nd spot and who have a game in hand.

McCarthy’s men head to Rotherham on Tuesday before facing 18th placed Coventry at home next Saturday.

Asked if City were in a. relegation scrap, McCarthy said: “No. And I don’t want to be in one. We need to start getting wins.

🕰 A look back to when @CardiffCityFC hit 6️⃣ in the #SevernsideDerby!

“We have had time to work on a number of things.

“Yes I am confident with the players we’ve got. We’ve got a good squad of players.

“I’m sure we can start getting results.

“We had our opportunities to win the game against Millwall, we had more chances, more possession and shots at goal.

“It’s important because the gap from beneath is closing.”

“We have got a good squad and if I get them firing we should be looking up.”

‘Next month can have big impact on season. Teams who are closer to us at the bottom are coming up.

“We want to get something out of this game first and foremost. It’s a big couple of weeks for us, certainly.”

City could be without deadline day signing Jonny Williams for the Severnside derby after he got ‘clubbed’ in training.

The Wales international is desperate to make his Bluebirds bow and McCarthy hopes another injury had not delayed that.

“He has had a kick today in training,” said McCarthy who knows the abilities Williams possesses from their Ipswich days.

“He is robust in how he plays, but he just gets real bad kicks, bad knocks. That’s because he keeps the ball, protects the ball, dribbles with it and people take it out on him.”

Asked if Williams is a doubt for Saturday, McCarthy replied: “We will see tomorrow. He got clubbed in training in the back of his knee.