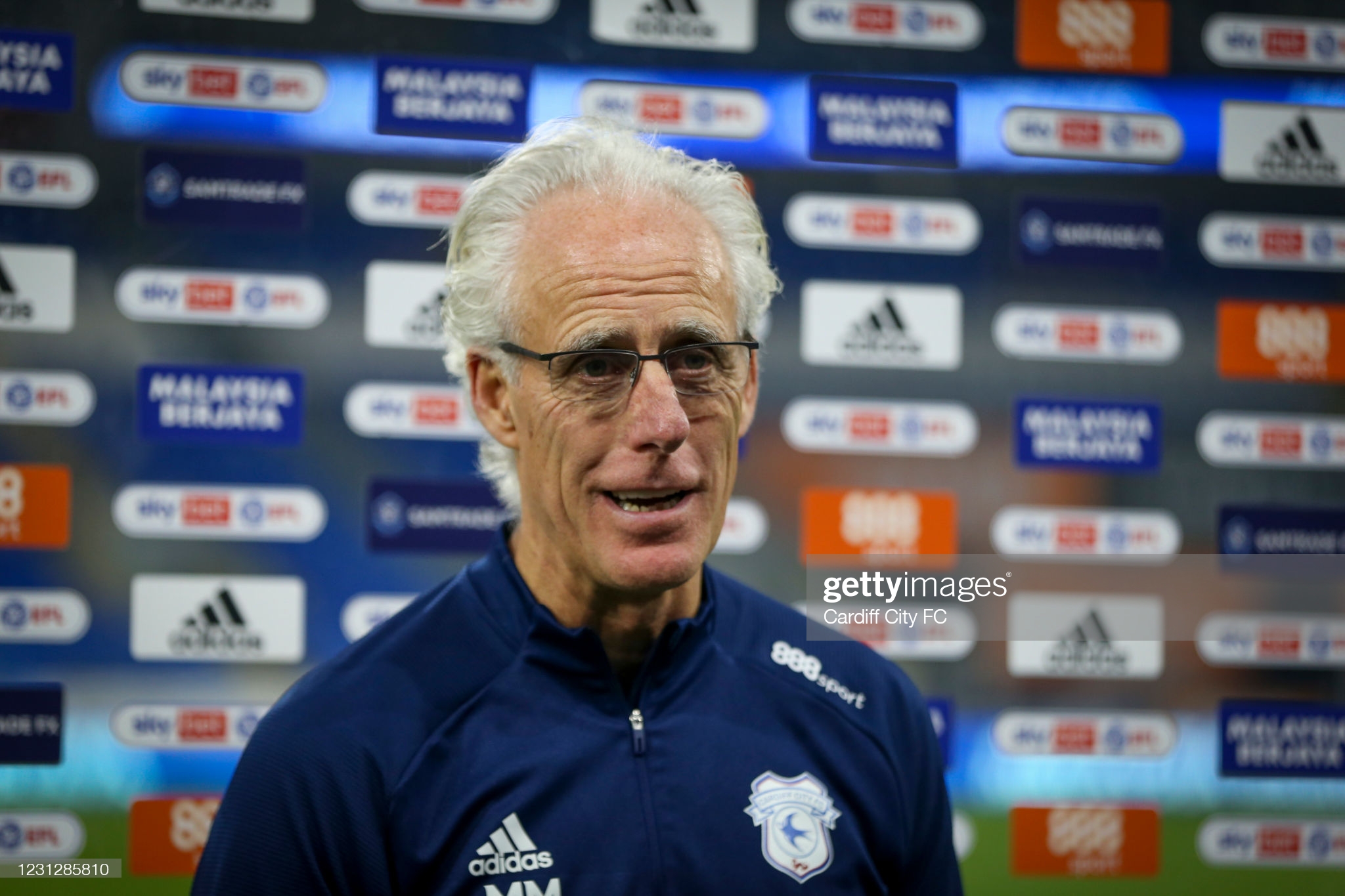 Cardiff City manager Mick McCarthy has praised the work Steve Cooper has done at Swansea City – but that’s the only compliment he will dish out before the South Wales derby.

The Bluebirds chief says Cooper has done a great job to have the Swans challenging for promotion again after the heartache after last season’s play-offs heartache.

But McCarthy insists there is nothing he would like better than winning at the Liberty Stadium on Saturday after mid-week results dealt a blow to both side’s promotion challenge.

“Been great, Steve Cooper,” said McCarthy. “I did the play-off game last year for Sky when they played Brentford and to get them there and the way they played was exceptional.

🔵 This should get you in the mood for derby day – Craig Bellamy's late winner v Swansea in 2011.

“You wonder then about the next season but I take my hat off to him.

“But that’s as far as the compliments will go, because I want to beat him tomorrow!”

McCarthy’s side have slipped to ninth after last weekend’s defeat by Watford – their first under the new manager – and the midweek draw with Stoke.

It left them six points off the play-offs with nine games left while the Swans 3-0 defeat at Bournemouth was a blow to their hopes of finishing in the top two.

But defeat would probably end Cardiff’s hopes of reaching the play-offs and hand the first ever derby double to Swansea.

“I can’t do anything about historical results, we are playing this one,” said McCarthy of the prospect of the Swans doing the double.

“They can’t add any extra spice for me.

“If we win, we win, if we lose it I won’t feel any worse because it’s twice. I don’t want to lose it, you can’t add extra to it.

“Both of us are in a position where it is important to win.

“If we win, we are back on the coattails of the play-offs and that’s the place to be.

“The games we have got left, we have to start winning again.

Is it a must-win game? For fans it is and the pride. If we didn’t win it but won all the rest, would we get in the play-offs? Who knows.

“We can only concentrate on this game.”