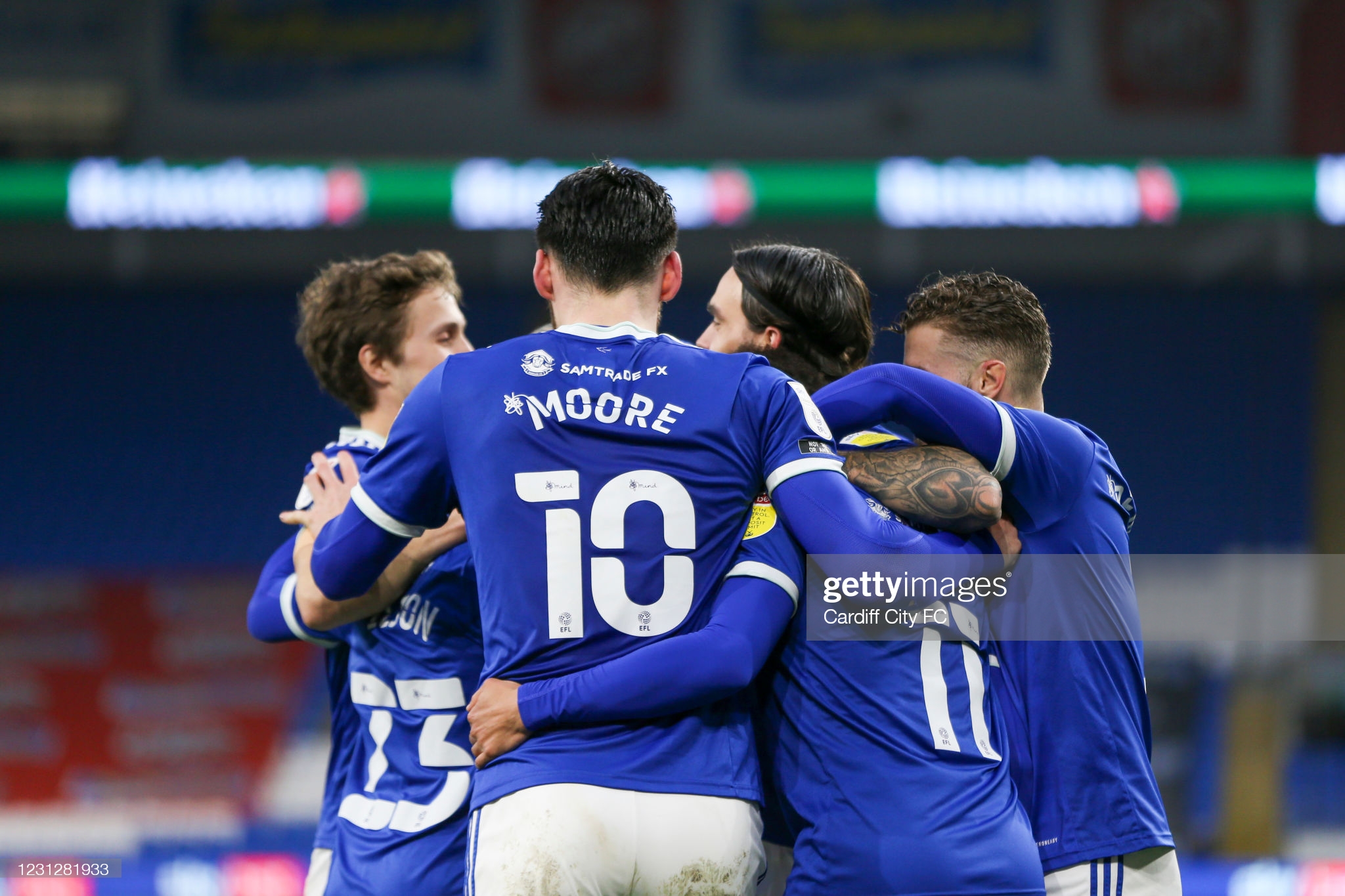 Mick McCarthy is happy to do “whatever it takes” to win promotion with Cardiff City, according to midfielder Will Vaulks.

The Bluebirds can break into the top six if they extend their winning streak to six matches at Bournemouth on Wednesday night – a scenario that looked implausible when the manager took charge barely a month ago.

At that stage, Cardiff were 15th in table, but Wales midfielder Vaulks says a combination of pragmatism, sound man-management and celebrating the virtues other teams find “horrible” has transformed the club’s season.

“I’ve always felt, ‘why can’t we just embrace what Cardiff City is?’” said Vaulks after goals from Kieffer Moore, Josh Murphy, Marlon Pack and Mark Harris had flattened Preston 4-0 at the weekend.

“We are horrible to play against, we are physical, we run further than other teams, we win our battles, but we also have quality now, too.

“The gaffer is by no means just a long ball manager. It’s just whatever it takes to win a football game and that’s what people forget.

“With the quality we now have on top of that solid foundation, why do we need to change what Cardiff have done before? Not every football team should play out from the back.”

Vaulks has admitted Cardiff were badly under-achieving before the arrival of McCarthy, who replaced the sacked Neil Harris.

Being in, or around, the top six should have been the minimum requirement for a club with a solid defence on which to construct an attacking threat that comprises Moore, Murphy, Harry Wilson and Sheyi Ojo, according to the Wales international.

“What we’ve done recently is just put ourselves into a position where we believe we should have been, anyway,” added Vaulks.

“A win at Bournemouth would be fantastic. It would enable us to catch another team and maybe go above them on goal difference.”

I’ve only been here 18 months, but I know we have great quality. Look at the likes of Murphy, Sheyi, Kieffer, Harry. I could name lots more.

“Win the game of football first. If that means turning it behind their back four, being direct, or slowing the game down, then great. Win the game.

“They (Preston) tried to be clever for Marlon’s goal – and play out from the back – and we caught them and scored. Do you then say, that’s the right way to play, or do you say Cardiff have just scored because they pressed them and won the ball back?

“I think he’ (McCarthy) has just got Cardiff back to what we’re good at. Why can’t we be the best in the league at what we do?

Cardiff are certainly not route one by the time they attack through the likes of Murphy and Harry Wilson in support of striker Moore, who now has 14 goals for the season, including six in his last seven games.

But with three centre-backs – Sean Morrison, Aden Flint and Curtis Nelson – who are more outhouse than arthouse, the theme is not complicated.

Vaulks says that while McCarthy may have simplified the approach on the field, he also has a method of dealing with players that is transparent and equitable across the squad.

“The biggest things is that he treats everyone equally. So, whether you’re starting every week or on the bench, you’re made to feel just as important.

“Someone like Murphy – I get on with him really well – but he does need that arm around the shoulder. He can be a bit of a baby at times. He knows that himself and he’ll admit it.

“He needs someone who is going to love him and encourage him. You can see the difference now. Last week, he was out of position, but against Preston he ran 40 yards, made a tackle, and then slid Kieffer in for his goal.

“I don’t think Murph was doing that a while ago, but it’s just confidence. It’s having someone who believes in you. You then do more for the team and the manager.

“He’s done nothing drastic, but his man-management skills have got everyone going in the same direction. That’s the big thing I’ve noticed. He’s put confidence back into players.

“It’s easy to think you’re a good player, but you also someone to reassure you of that, especially when we weren’t doing well previously.

“He and TC (Terry Connor) have come in and just lifted the whole place. Looking back now, coming back to draw at Barnsley was a big moment. Had we lost that game it wouldn’t have been a great start and we would have had to go again.

“From there, we’ve just from strength to strength and kicked on. The manager has kept the ship steady. He hasn’t got carried away and we’ve put together a great run of victories.”

A single-goal victory at Bournemouth – who lost 2-1 at QPR at the weekend – would take Cardiff level on points with the Cherries, level on goal difference, but above them on goals scored.

It could also put them within eight points of the automatic promotion places with 13 matches still to play.

Some big results and here’s the table 👀

“We haven’t really discussed it (the play-offs),” adds Vaulks. “That’s the truth. Because of expectations from last year, we wanted to be right up there this season.

“But because we had such a poor hit and miss start, the expectations changed a little bit, so we aren’t getting carried away.

“We’ve all checked the table. I’m not saying we don’t look at it. But this is where we wanted to be however many games ago. What we’ve done recently is just put ourselves into a position where we believe we should have been. As a club, it wouldn’t have been a great year if we weren’t in and around this position.

“We’ve had to work hard to get back to our baseline. Now we need to grasp it and keep the momentum going. Let’s kick on and aim for higher up the league.”