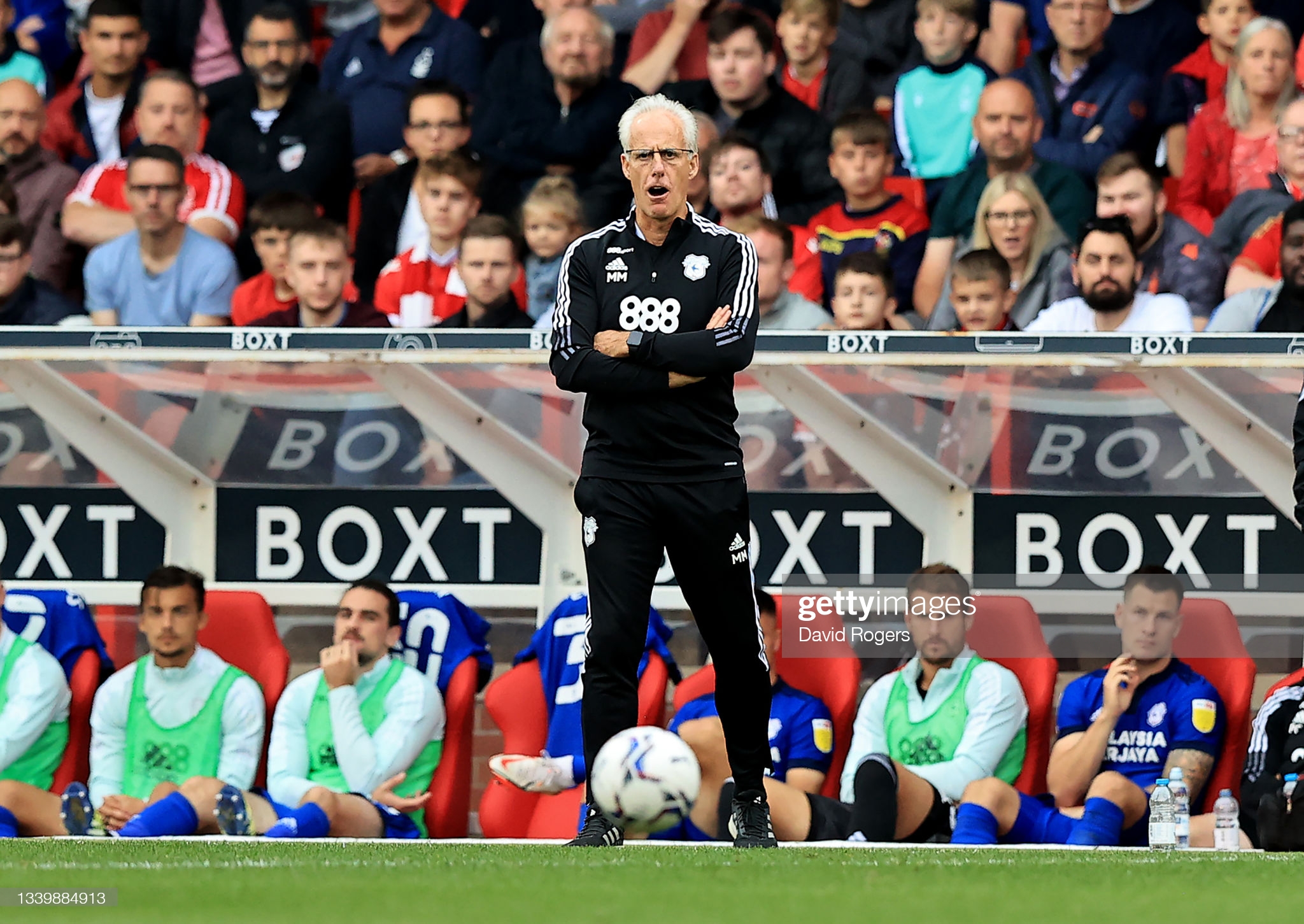 Mick McCarthy is hoping the return of Cardiff City’s midfield stalwart Joe Ralls can halt the Bluebirds’ sliding autumn from turning into a winter of discontent.

The Cardiff manager is pinning his hopes on Ralls’ comeback helping bring an end to their run of four consecutive defeats against Reading on Saturday in the capital.

Ralls has been sidelined with an on-going groin strain for the past five matches and is set to return to action the day after celebrating the 10th anniversary of his Championship debut with the club he joined at 17.

“He’s fit, we’ve got him back and he’s ready to play if needed,” said McCarthy.

“He’s fabulous and he has become a real fans favourite over the past 10 years. I hope there is something special for him in the game.”

Ralls scored in a 2-1 defeat at Hull on 1 October, 2011 and another goal wouldn’t go amiss for his club in what will be his 282nd game in all competitions if he features.

But personal records won’t matter much on a day when the Bluebirds simply have to stop the rot after plummeting to 18th in the Championship table.

They need a win to go into the international break with a bit of confidence, or else it will be a long two-weeks building into the south Wales derby at Swansea City.

“There’s no doubt we’ve fallen short of the standards we set last year. They were terrific. I hope we are one good performance away from getting back to that, but I can’t guarantee that,” added McCarthy.

“I can’t be blameless because it is me that sorts out the tactics and the players, but it would be a great concern if we don’t win tomorrow. It matters not one jot unless we get a performance on the pitch this weekend.

“The players did it wonderfully well for a long time last season. You can’t change everything you do, although you can tinker with the tactics, the shape and personnel.

“When you are having a tough time you are always having to do that to try to find a formula to win a game.

“I’ve been through tough times before, and I’m durable, but that doesn’t mean to say I enjoy it.  We all prefer it when we’re winning games and that’s what we’ve got to do.

“This month was always going to be tough, as it’s proved to be. I’m not sure you can put any more stress and strain on Saturday’s result by adding in the spice of a derby game in two weeks’ time.

“That game is of no concern at the moment, but it would be a great concern if we don’t have a performance and win against Reading.

“The reality is it is all about the Reading result. It is vital because we have Swansea and Fulham away after that, so our next result will either make it a little bit easier or incredibly harder.”

McCarthy is hoping that a “tweak” to his side’s approach will end the four-match losing streak and stop the Cardiff City fans calling for his head.

The Bluebirds boss got the bird from the home fans as they slumped to a 4-0 home defeat to West Brom in midweek, with many joining the away fans in a chorus of, “You’re getting sacked in the morning.”

That defeat came on the back of a 5-1 reverse at Blackburn three days earlier and McCarthy has to find a way to stop the rot.

Faced with that fan barrage, McCarthy knows both he and his team need to go into the international break on the back of a much needed, morale boosting win against Reading.

“I understand the fans’ reactions and I’m as frustrated as they are. They come and pay their money to watch the game and I’ve got no complaints about them hollering, hooting and shouting at me,” said McCarthy.

“We need a performance that we can be proud of and the fans can be proud of. If we don’t, and we get beaten, it will be the same again and we’ll all be under pressure.

“On the other side of the coin, if we’d won five or six games they might have been singing ‘Mick McCarthy’s blue and white army’. Or maybe not!

“I’m alright – I’m healthy and well. Apart from football results, I’m fantastic, but I think it might be time for a tweak.

“We still have to maintain the positive things we’ve done over the last seven months, but also get shot of some other things.”

Cardiff haven’t won at home since 21 August when they beat Millwall, 3-1. Their recent demise has also seen them drop to 18th, one point ahead of arch-rivals Swansea.

Having reached the play-offs two seasons ago, and finished eighth last term, they are currently flirting with the drop zone.

There are only three points between Peterborough in 22nd and Cardiff, although they are only five points off Blackburn in the last of the play-off places.