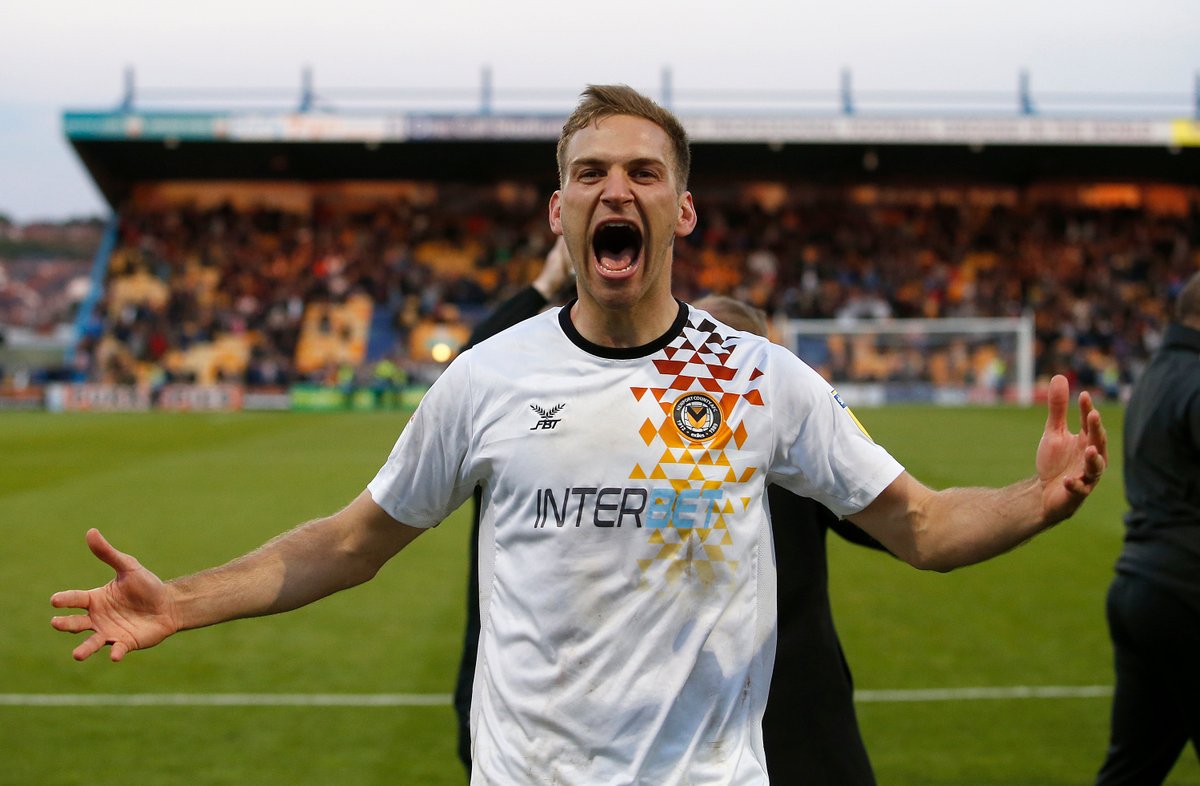 Mickey Demetriou is back with his Newport County football family and ‘buzzing’ for the 2019-20 season.

The former Cambridge United and Shrewsbury Town defender has committed to a new two-year contract at the League Two club, while the Exiles have also signed defenders Ryan Haynes and George Nurse.

Haynes, 23, joins from League One Shrewsbury Town on a two-year deal for an undisclosed fee and 20-year-old Nurse is a loan signing from Bristol City.

Demetriou told iFollowExiles: “A big factor in my decision to stay was the fact the majority of the squad have stayed together.

“We all gelled so well and with the additions into the squad I can’t wait for the season to start.

“It’s important to keep pushing on and go one better than last season.

“I’m delighted to be re-signing. It felt the right decision and I’m buzzing it’s all completed.”

Central defender Demetriou, who can also operate at left-back, has become a firm favourite with County supporters since signing in January 2017.

He has made 263 appearances in his professional career with 126 for the Exiles.

Demetriou experienced the Great Escape two seasons ago, scoring a vital penalty in the epic match against Notts County when County avoided relegation from the Football League.

He has been a key player, helping the Exiles finish 11th and 7th in Sky Bet League Two, qualify for the play-off final and play a pivotal role in two Emirates FA Cup runs.

Incredibly, Demetriou played 5,172 domestic League minutes last season, the third most of all players in the top four divisions of English football.

Manager Michael Flynn has signed eight new players this summer and says about his latest recruits: “I have spoken to a few people about Ryan and they all believe there is an extremely good player there.

“George will give us competition down the left. He is comfortable going forwards and defending.”

Newport have been drawn in Group E South of the 2019/20 EFL Trophy and will face Exeter City, Cheltenham Town and West Ham Under-21.

The 19-year-old Swansea-born player has made six appearances internationally for Wales at Under-17 and Under-19 levels, scoring once.

He made two appearances for the Exiles last season, both in the CheckaTrade Trophy, keeping a clean sheet against Chelsea Under-23’s as well as playing the full 90 minutes in County’s penalty shoot-out loss to Cheltenham Town.

Full details of prices, savings and benefits can be found here: https://www.newport-county.co.uk/news/2019/may/201920-season-tickets-released/