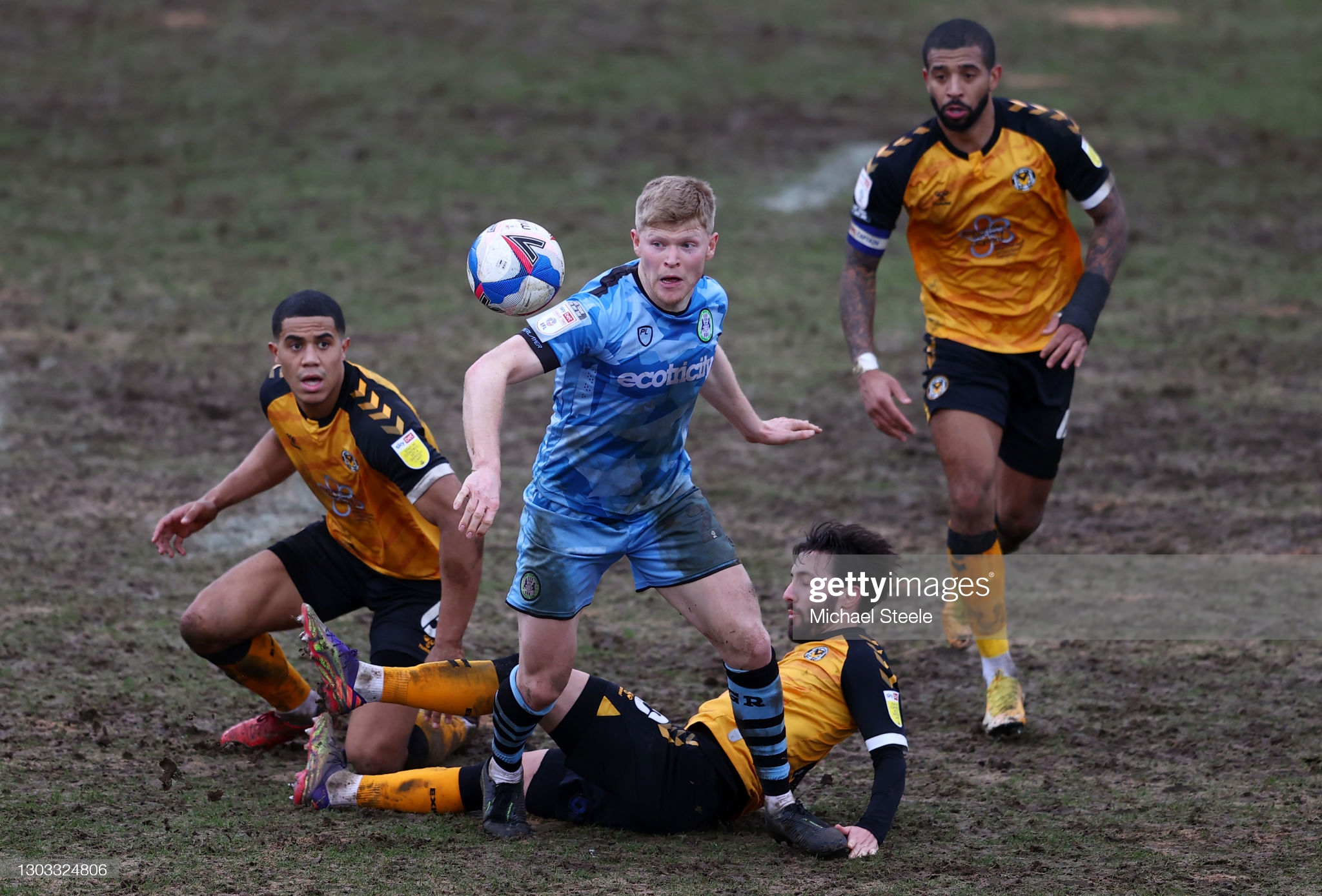 Newport County boss Mike Flynn branded the Rodney Parade pitch the worst he’s ever seen but insisted it was not at fault for a 2-0 defeat by Forest Green Rovers.

The Exiles chief saw his side’s poor LeagueTwo form continue but refused to make an excuse out of the sorry surface after losing to a promotion rival.

“We’ve got to deal with it,” said Flynn. “I’m not going to stand here and make any excuses because like I said they didn’t make one mistake today we made two and we lost the game 2-0.

“I will say that’s the worst football pitch I’ve ever been involved on playing.

“I want to add to that as well, we didn’t lose today because of the pitch we lost today because we made two mistakes and I’m not going to come and stand start making excuses.

“I’m going to stand up and be counted. We made two mistakes, they made none that’s why they won the game. It’s as simple as that.”

County are still in the race for promotion but the former league leaders have slipped to seventh while their opponents are now second, one point off first placed Cambridge United with two games in hand.

“It’s always tough when playing your rivals,” added Flynn. “I thought Forest Green without being a fantastic football team like they usually are,  they were excellent in a way that they didn’t make one mistake today.

“I said before it’s going to be tough to create chances in there. It was the same again today two chances they’ve had come from our mistakes and that’s why they’ll probably win the league.”

The first goal was scored from open play as Forest Green counterattacked and Davison was free before he drove into the box and scored.

Flynn added: “It’s come from our free kick in their half where it’s two of them decide to go short and we give it away and switch off.

“We’ve already committed men going forward because we’re looking for a cross in the box. Like I said, two mistakes especially a minute before half-time and a hopeful ball lumped up caused us problems.”

The second was a penalty after keeper Nick Townsend was judged to have made contact with Matt after a bad pass back to the County player was intercepted.

“Don’t know,” said Flynn of the decision. He said he didn’t touch him. But again, you give the referee a chance to give it.”

Matt, who made 76 appearances for the Exiles, netted from the spot-kick to seal victory and  Flynn only had positives words for his former player.

“He was a thorn in the side all game, he’s a strong willing runner. Dom Telford should score at 1-0, that changes the game make no mistake.

“You can see how difficult it is, but yeah Jamile I thought he was a non-stop pest today.”

Newport – with just one win in 13 games – have 18 games left to play this season, but will have to return to their post Christmas form if they have any chance of getting promoted to League One.

“It’s always a test when you’re at the top,” added Flynn. “It’s a test you want to keep things going. When you’re at the bottom you’ve got to get out of it, and you start winning football matches it’s as simple as that.

“I test myself every day. I don’t know all the answers it’s why I’m learning, and I will keep learning till the day I die.”

Newport will face Walsall in their next match, but Flynn warned: “Everyone is a tough one, the form we are on it’s going to be a very, very tough one.

“So, we need to make sure they come in trying to almost draw a line-in and get their confidence back. They are only going to get confidence by working hard and winning football matches.”