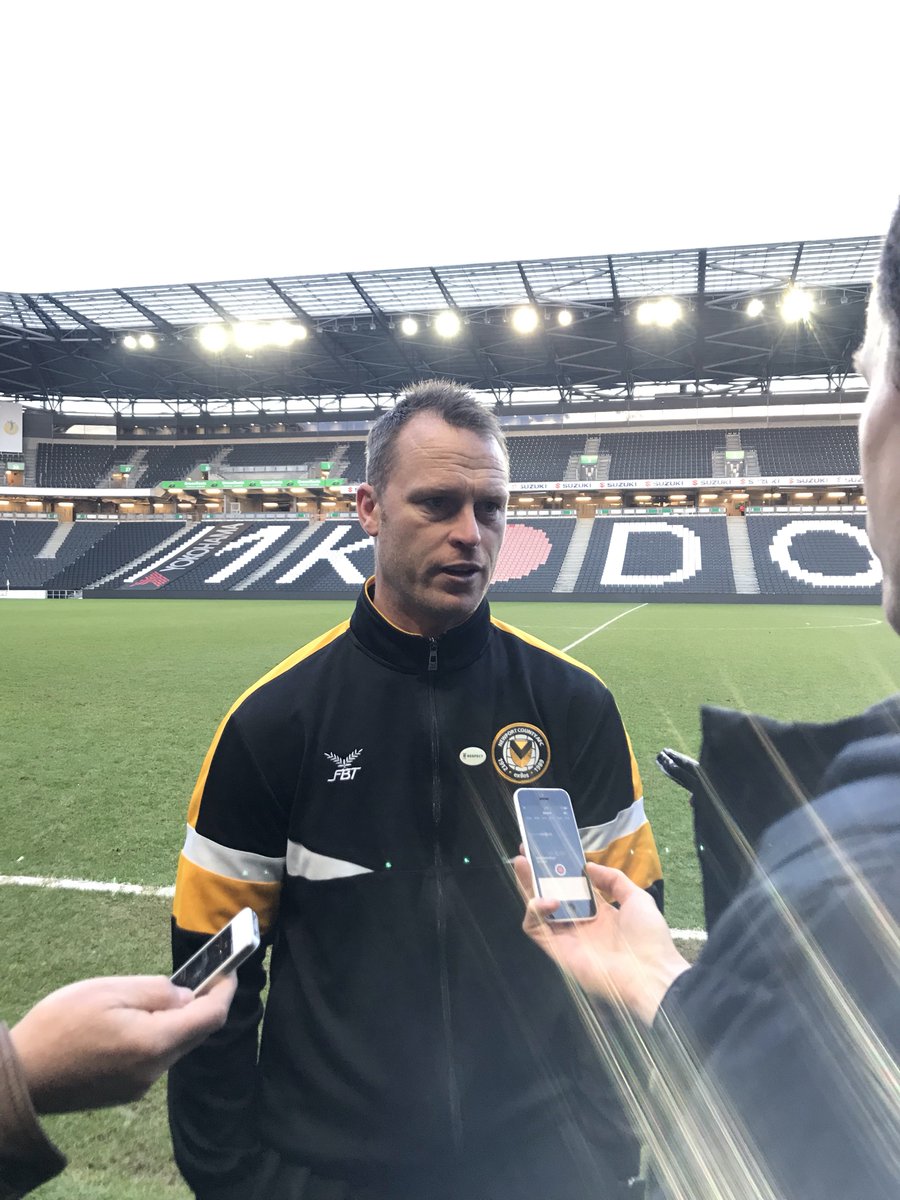 Michael Flynn has told his Newport County team they must become more ruthless if they are to stay as the League Two pace-setters.

County saw their lead at the top of the table pegged to three points after they were held to a 1-1 draw at home to Walsall on Tuesday.

With Cheltenham also held to the same scoreline at home to Cambridge, it means County remain three points clear and four points above the play-off places.

Elijah Adebayo scored the opener for Walsall but even though Scott Twine soon equalised, Newport were unable to go on and claim the victory.

“I’m not going to single any individuals out but we are still missing far too many chances because this is a game we should have won,” said Flynn.

“I thought we were second best in the first-half but in the second-half we were a lot better.

“The final pass and our decision making let us down. I thought Walsall were good and I want to give them credit.

“They looked up for it, they were organised and they looked to dominate the midfield so we couldn’t get much possession.

“But one point is better than nothing and last season we would have lost this game.  Being top of the table we’ve got to accept that sides are going to come to Rodney Parade and throw the kitchen sink at us.”

Walsall manager Darrell Clarke is adamant his side should have taken all three points.

“I’m pleased with the performance but I’m very frustrated and disappointed we haven’t made it three points,” said Clarke.

“I thought the press was very good and we limited their chances. I was looking for a good reaction after the Cheltenham game and we got it tonight.

“I’d certainly say these last 14 games have been one of the most frustrating times of my career as a manager. We’ve had three wins, eight draws and three losses.

“I thought all eight draws could quite easily have been turned into eight wins. I know it’s easy for me to say that but I’m feeling frustrated.

“I’m sure the fans are feeling the frustration but I’ve got a good set of lads here and we’ll keep working hard we just need to turn these draws into wins.

“But we were the better side against Newport and we deserved to win this game of football.”

Walsall took the lead in the 22nd minute when Rory Holden dribbled his way past Mickey Demetriou before finding Adebayo unmarked who shot low and hard into the back of the net.

But it took the Exiles a mere minute to equalise with an error from Walsall goalkeeper Liam Roberts who allowed a tame shot from Twine to slip through his grasp into the net in the 23rd minute.