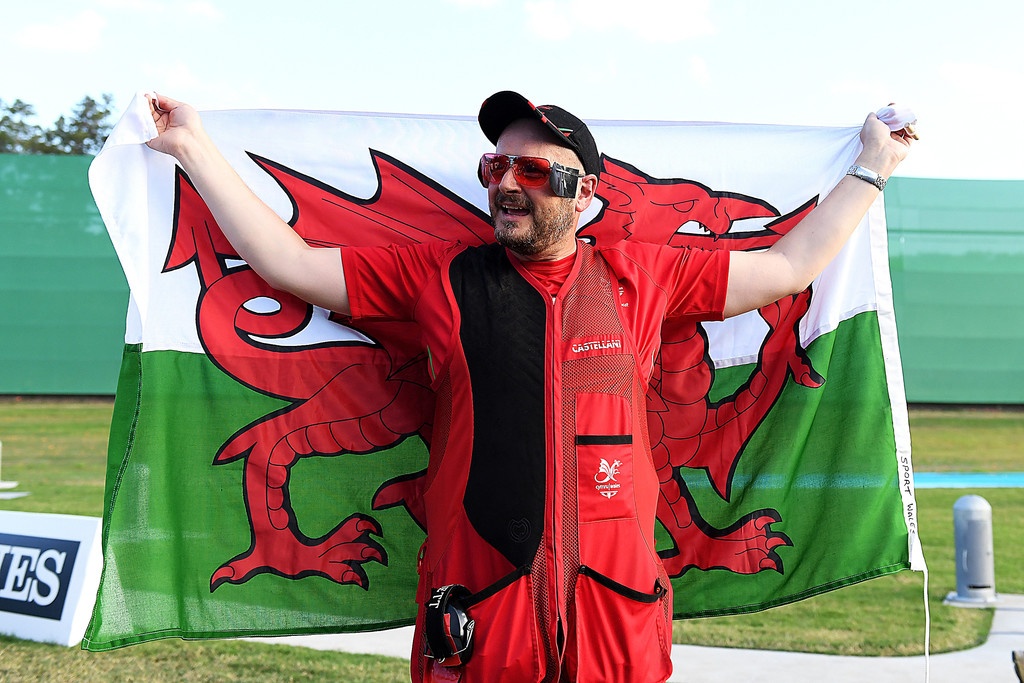 Wales’ Commonwealth Games champion Mike Wixey looks set to be denied a chance to defend his shooting title after organisers declared they were abandoning plans to hold the shooting event in India next year.

Wixey struck gold for Wales in 2018 and was looking forward to defending his title next January when the shooting and archery events were due to be held in Chandigarh, six months before the main Games in Birmingham.

But the two events have now been cancelled due to the uncertainty posed by the COVID-19 pandemic – leaving Wixey and his partner Sarah, who won bronze at the Gold Coast four years ago, without a chance to compete.

CGF President Dame Louise Martin DBE said: “We are disappointed that the 2022 Commonwealth Archery and Shooting Championships will no longer take place however, this is the right decision to take in the current climate.

“Despite this news, there are numerous key learnings that will benefit our ongoing work as we look to innovate and create new Commonwealth Sport Properties. The Chandigarh 2022 concept has identified exciting opportunities regarding future co-hosting possibilities that we must further explore.”

When shooting, traditionally one of India’s strongest sports, was left out of the programme for the Birmingham Games in 2019, the Indian Olympic Association (IOA) expressed its disappointment and threatened to boycott the Games.

But the IOA withdrew its warning when a compromise formula was agree. There was to be a championships for both sports in Chandigarh six months before the Games, in January next year, and the medals were to be added later to the main event’s tally.

While the cost for the shooting championship was to be met largely by the National Rifle Association of India (NRAI), the archery event was supposed to be funded solely by the Indian government.

India has been hit hard by the pandemic with cases continuing to rise by over 40,000 a day.

Wales and GB shooter Sarah Wixey says she has put aside all hopes of qualifying for the Tokyo Olympics until she receives a vaccine against Covid-19.

Earlier this year, Wixey told Dai Sport, “I suppose the question still remains as to whether India will be able to take in a group of people coming to compete in January. Let’s hope they’re successful with the vaccine roll-out and we’re able to go.

“If it does go ahead, and I get through the selection process, then I absolutely want to be there to defend my gold medal.

“Sport needs variety and shooting and archery are part the richness of sport as a whole. I think there is a difficulty with the sport at a higher level, politically, and that’s a shame.

“It’s a big shame that it’s the UK that has taken it out of the schedule, though. If we’re not very careful, I’m not sure we’ll ever get the sport back in.”