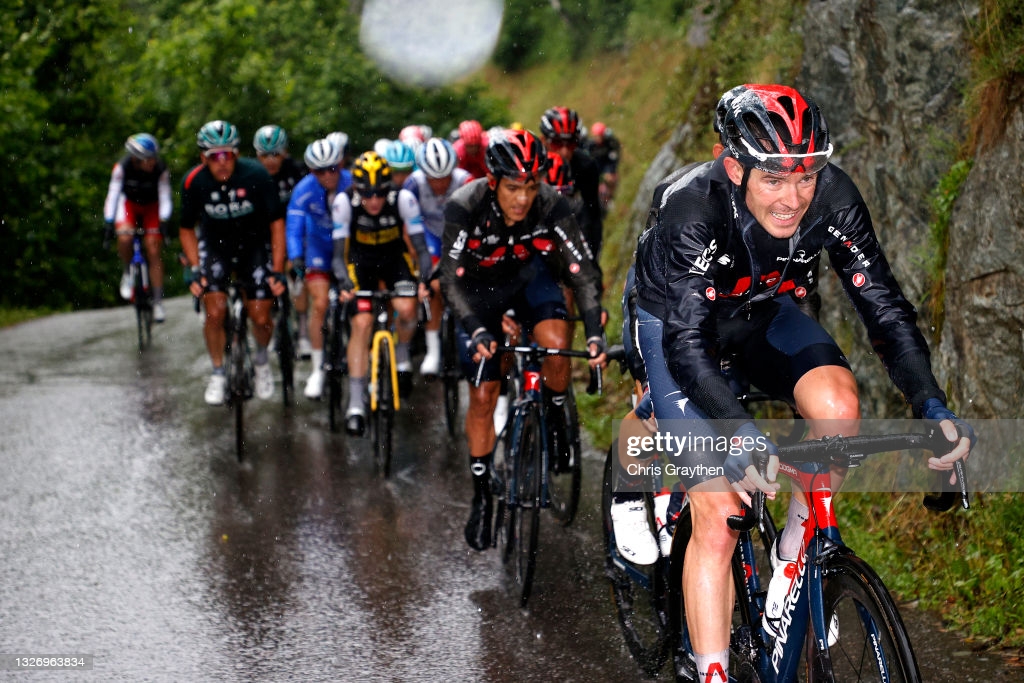 Luke Rowe’s Tour de France is over after he finished outside the time cut on stage 11 which featured a double climb of Mont Ventoux, the so-called ‘Beast of Provence’.

The Ineos Grenadiers rider crossed the line around six minutes outside the time limit which is set by the stage winner.

Rowe became the eight rider to see their Tour ended by missing the time cut, joining seven riders whose journey was curtailed after stage nine in Tignes.

After a gutsy ride today we're sad to confirm that @LukeRowe1990 has crossed the line outside the time limit and will not be able to start tomorrow's stage #TDF2021 pic.twitter.com/FEw4n8T8C1

Rowe had worked with fellow Welshman Geraint Thomas to pace the team over the Col de la Liguiere early on the stage from Sorgues to Malaucene before the 31-year-old started dropping back.

Thomas continued to set the pace as he worked for team-mate Richard Carapaz’s GC challenge before moving aside.

Wales’s 2018 champ has decided to stay in the race as he continues to recover from the crash on stage three that dislocated his right shoulder and ended his Yellow Jersey dreams.

The 35-year-old is now 48th overall, 1:20:08 down on defending champ Tadej Pogacar who was surprising distanced on the second climb of Ventoux before making up the loss on the long descent.