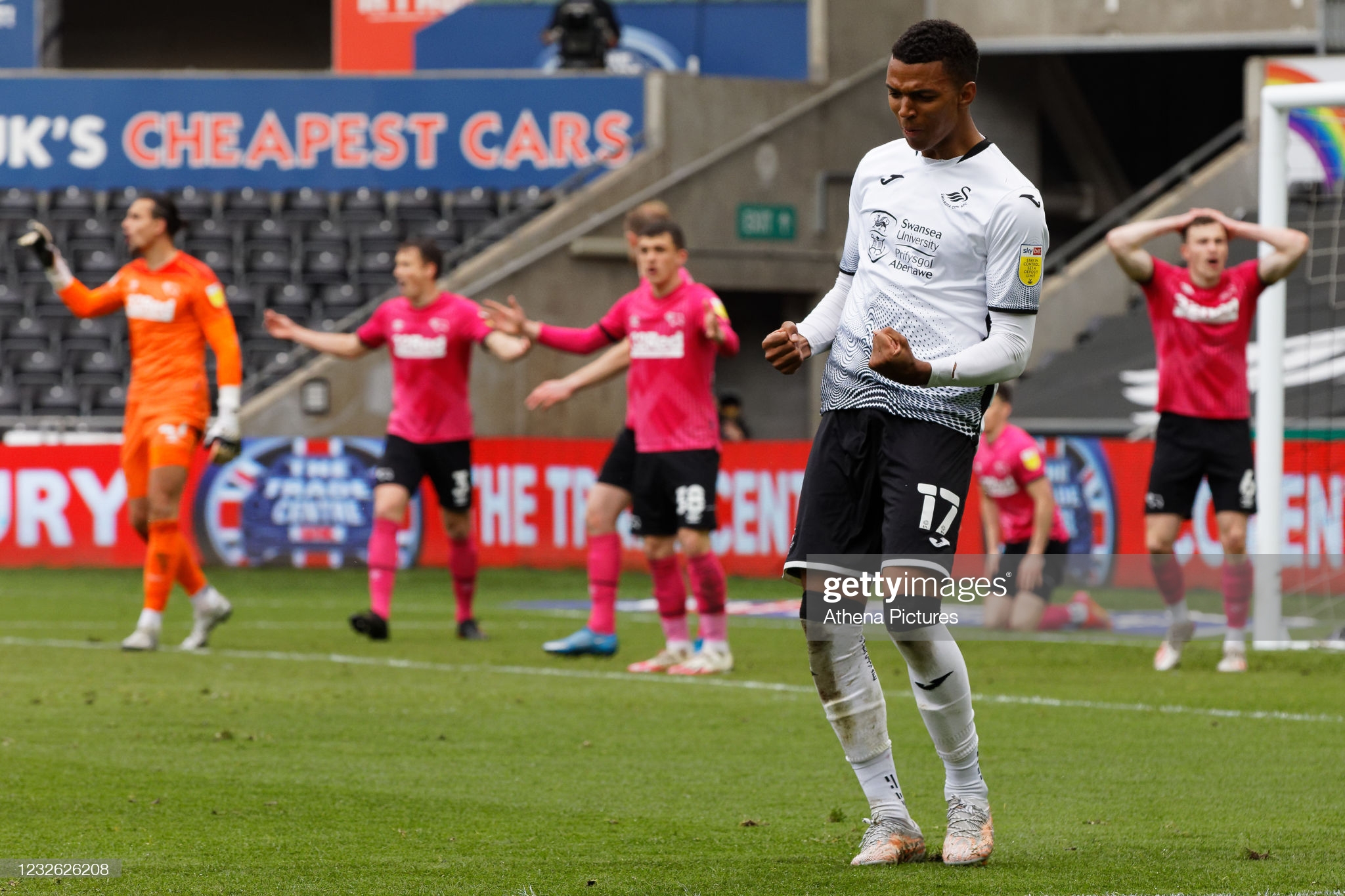 Morgan Whittaker insists he meant no disrespect to Derby County when he celebrated his first league goal for Swansea City.

The Swans striker – who was allowed to leave Derby for a cut-price £700,000 in February – put a finger in each ear as if to block out the noise when he hit the equaliser in his side’s 2-1 win at the weekend.

It was a goal that has helped push his former club and their manager Wayne Rooney to the brink or relegation from the Championship .

Whittaker, 20, had been at Derby since he was an impressionable eight-year-old – about the same time Rooney was busy winning a Champions League and Premier League double with Manchester United.

Now, Rooney will be relegated in his first campaign as a manager – either by Rotherham winning twice or by Sheffield Wednesday making it seven defeats on the bounce for the impotent Rams.

Whittaker celebrated his goal with fingers to lips and in his ears but pleaded: “It was meaning no disrespect to Derby. It was about us getting the points and keeping the momentum going.”

But asked if his heart would be with his own home town club on shoot-out day he added: “You can tell by the celebration today where my heart is.

“It was very strange, but it was about us getting the three points and me getting my first Championship goal, so obviously I think I am going to celebrate.

“It’s a nice feeling. I am just grateful to Swansea for taking a chance, buying me, and giving me the chance to play. Now I have got my first Championship goal I want to keep that going.

“Looking at their team today, it’s a really good team. The run they’re on can’t go on forever.”

Whittaker has become a useful addition to head coach Steve Cooper’s squad, making 11 appearances since his move and could well feature in the play-offs that Swansea will be part off after their final game of the regular season at Watford on Saturday.

If the Swans get at least a point they will finish in fourth place and be at home in the second leg of the semi-finals, against either Bournemouth or Barnsley.

“Anything can happen in the play-offs so it’s good to have that momentum,” added Whittaker.

“These two games could easily have been games where we didn’t play our stronger teams or got minutes for people, but I think it’s important to take good momentum into the play-offs,” added Whittaker.

“I haven’t really thought about who we will play. I think as a team we will back ourselves against any of the other three teams. As long as we focus on ourselves, we will be all right.”