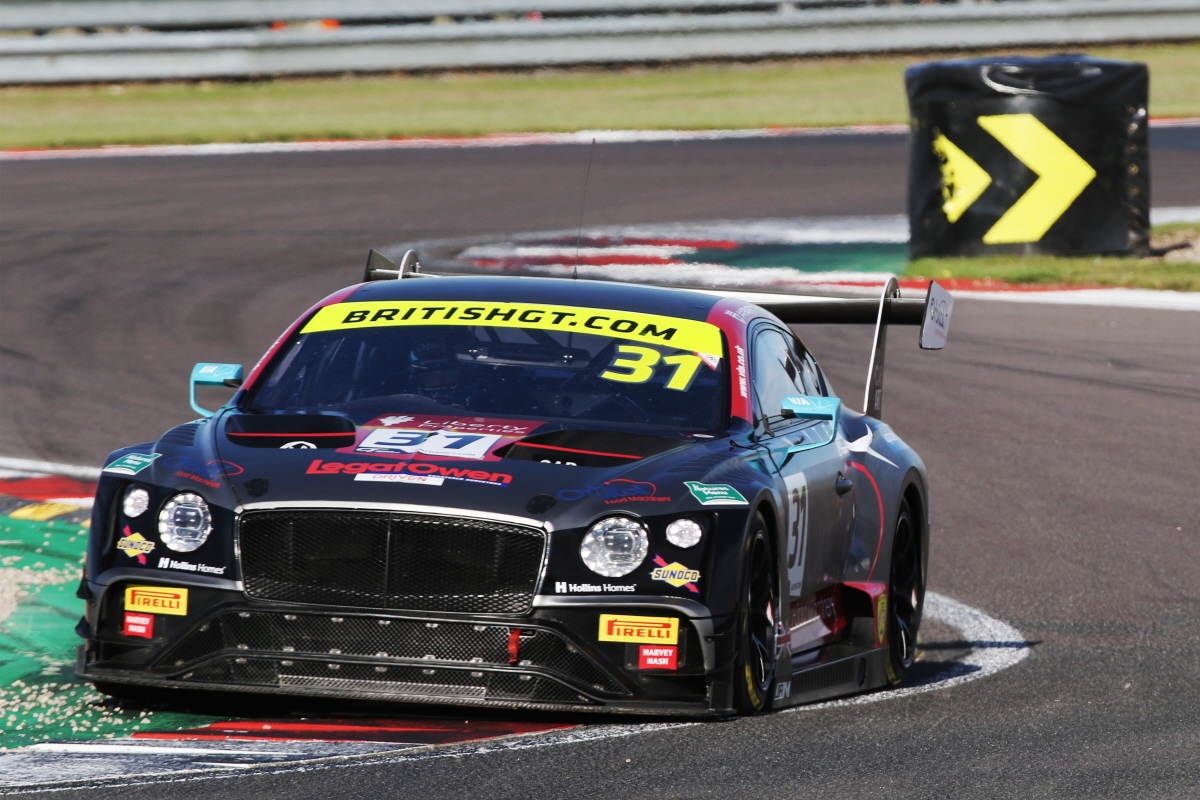 Seb Morris in action at the final round of the British GT Championship at Donington Park.

Seb Morris hopes to stay with the JRM team in the British GT Championship next season, after finishing seventh in the drivers’ standings after an encouraging first year in the team’s Bentley Continental GT3.

“JRM put together a brand new team for this year and they’ve done a superb job, I’m looking forward to hopefully being back with them next year – if they want me,” said Morris.

It’s not been the easiest of seasons for the Wrexham-born driver, who endured more misfortune during the final British GT round at Donington Park last weekend. Running 60kg of ballast and less turbo boost, the unfavourable Balance of Performance (BOP) restrains ensured that the JRM Bentley of Morris and team-mate Rick Parfitt Jnr was the slowest GT3 car through the speed traps and consistently slower down on the competition along the straights.

Despite that, Morris made the most of a superbly handling car to overcome an early excursion for Parfitt Jnr – after being fired off the circuit by an Aston Martin – and recover from 30th position at one stage to finish in seventh place at the end of the two hour race.

“I really enjoyed the race, the car was brilliant in terms of the set-up and handling – the JRM guys did an amazing job,” said 23-year-old Morris. “Unfortunately, we were absolutely nowhere with the BOP again so I’m actually surprised how well we did. Every car just pulled away from us on the straights, so I had to make some proper moves on the brakes and get my elbows out a bit.

“Bentley has built a great car, JRM has done a fantastic job with the preparation and set-up and we just need some fairness with the BOP. I can’t understand why it’s been how it has, we don’t even need much to be in the fight. When you do your best with a great handling car and end qualifying over a second off pole it is disheartening, but we’ve just got on with the job.”

With the British GT season now completed, Morris’ focus returns to his Blancpain Endurance Cup season where he will reunite with Team Parker Racing for the fifth and final round at the Circuit de Catalunya in Spain on Sunday 29 September.