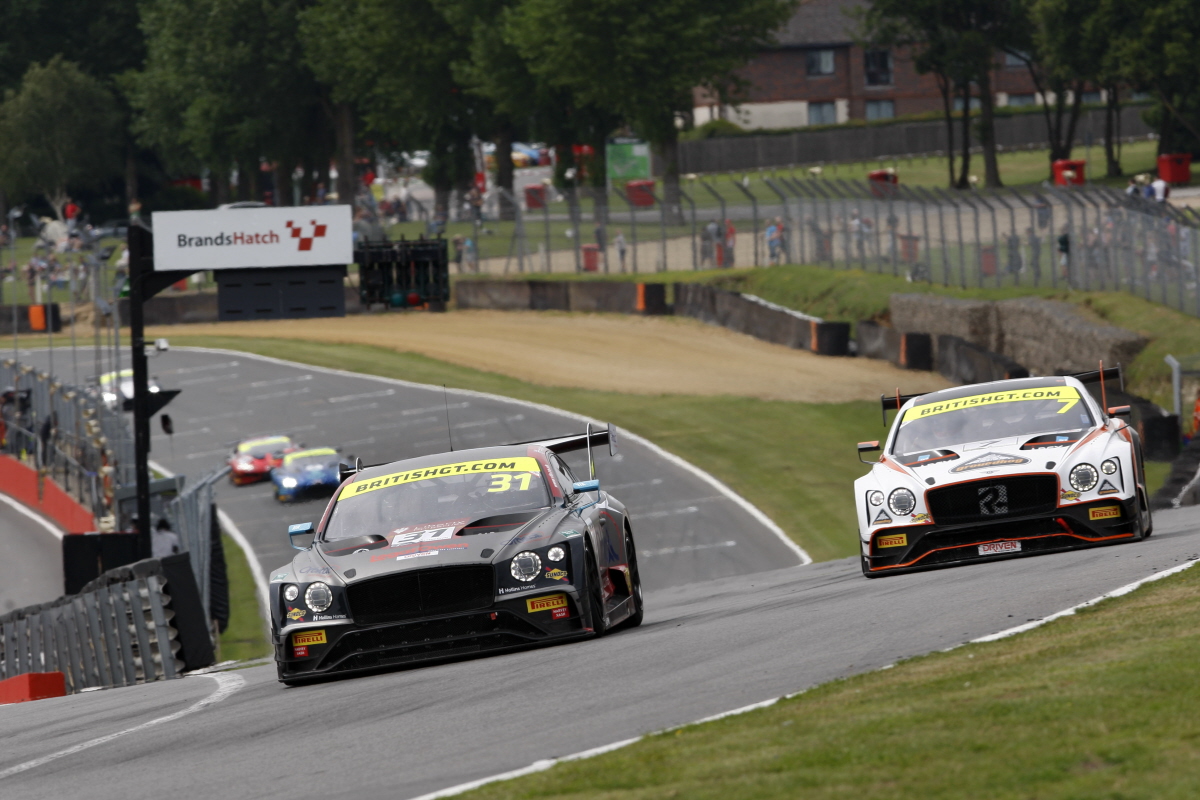 British GT Championship racer Seb Morris is at home recovering today following a frightening conclusion to the penultimate round of the season at Brands Hatch where the JRM driver had to be dragged from his Bentley Continental after passing out behind the wheel.

Ventilation issues, which meant the interior of the car filled with boiling-hot air throughout Morris’ stint in the second half of the two-hour race on Sunday, worryingly caused the Wrexham-born racer to begin to lose consciousness.

With no relent from the Saharan-like air which billowed inside the No.31 car, a result of engine overheating from damage caused during an accident in the opening hour for team-mate Rick Parfitt Jnr, Morris still somehow managed to take the Bentley GT3 to an unthinkable ninth place and he also achieved the fastest average stint time.

Testament to his incredible fitness, Morris made it back to the pitlane but when he arrived at the team garage he had to be physically dragged out of the car by the JRM crew who administered water immediately, trying to cool Morris’ body temperature. Fellow teams up and down the pitlane also rushed to Morris’ aid before he was transferred to the circuit medical centre.

Thankfully, when his body temperature had reduced to normal levels and fluid levels stabilised, the BRDC Superstar and Motorsport UK ‘Team UK’ driver was permitted to leave the track around an hour or so after the incident.

“In the whole of my stint the car was overheating, the heat was coming straight into the car and I started to feel really strange,” explained Morris. “There was no air coming in with the ventilation having been damaged after Rick’s accident, I really did start to struggle and I was even being sick in my crash helmet. I started to feel like I was passing out.

“The temperature inside the car was hitting 70 degrees, it wasn’t far off being hot enough to boil water, and the heat was coming direct into my face. Somehow, I managed to keep going and I think that’s testament to my fitness. It was the deepest I have ever had to dig in my life, the toughest thing I’ve ever had to do and definitely the longest hour of my life.

“When I got into pitlane the team had to drag me out of the car as I’d passed out, they started throwing water on me and trying to cool me down and then all of the other teams saw what was happening and they all started to do the same which was fantastic – I can’t thank them all enough and, of course, the circuit medical staff who were amazing.

“They took me away on a stretcher to the medical centre and I was in there for an hour while they started to rehydrate me and keep a check on my body temperature and all my fluid levels. It was really frightening, all I can think is I’m so thankful I’ve trained as hard as I have with my fitness, that definitely helped to save me from a potentially massive accident.

“Even with the damage and the ventilation problem, I still posted one of the fastest laps of the race and that’s thanks to the great job JRM did with the set-up. If we hadn’t been prevented from leaving the pits without the bonnet repaired, I think we could have been fourth or fifth to be honest. In the end, though, I’m just relieved I’m OK…”

Donington Park Grand Prix Circuit in Leicestershire will host the final round of the British GT season on Sunday 15 September.