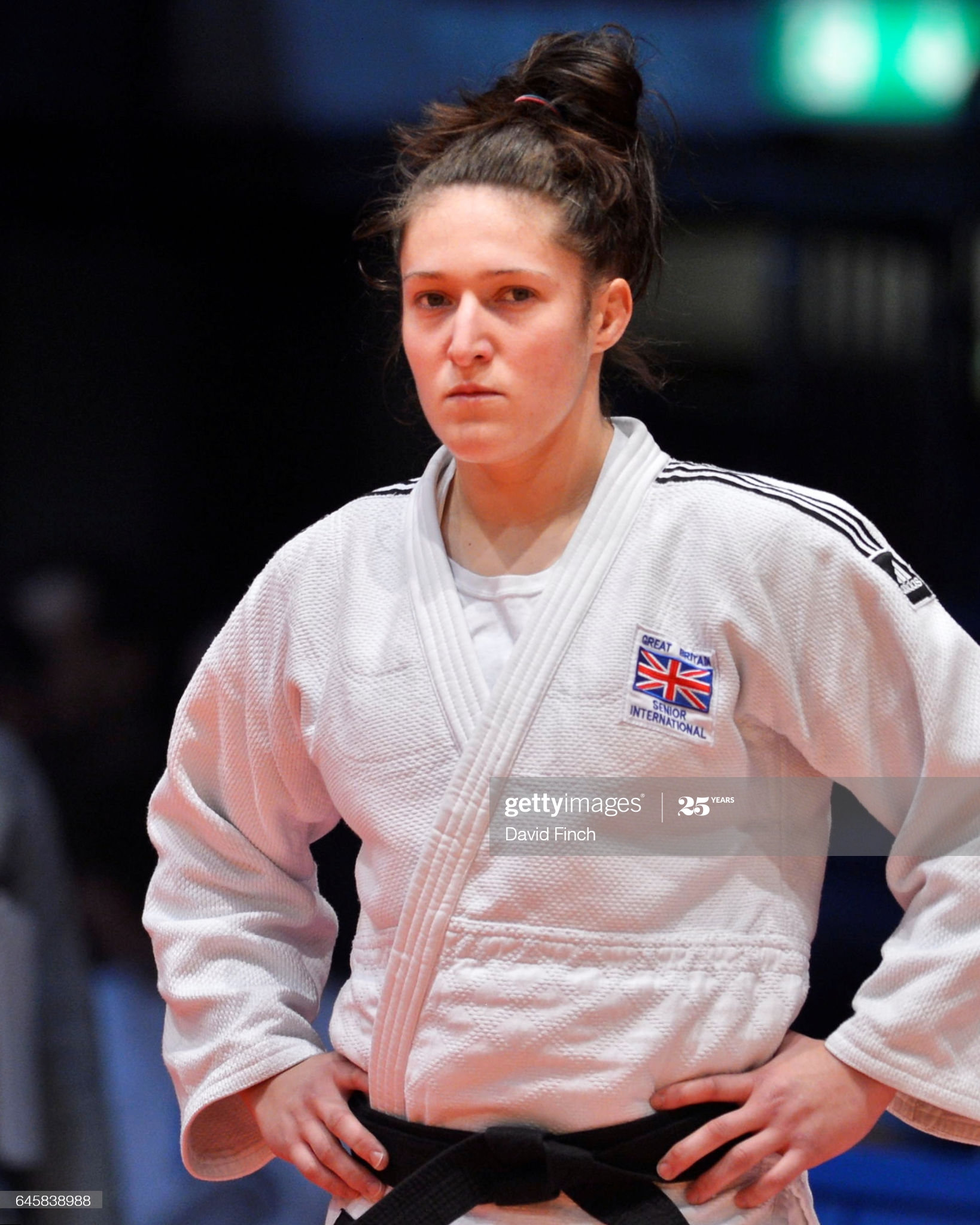 Natalie Powell will be making her seventh appearance at the worlds in Hungary where she won bronze in 2017. Pic: David Finch/Getty Images

Natalie Powell reckons she is in the best shape of her career after returning to the judo mat for the first time in nearly 12 months.

The Beulah judoka finished fifth at the World Masters in Doha as the countdown to the Tokyo Olympics resumed in earnest.

Powell only just missed out on a spot in the final after losing her semi-final to France’s current world No 1 and world and European champ Madeleine Malonga.

“Looking forward, I am in the best shape of my life, I just need to continue doing what I am doing, taking each competition as it comes, and I am sure the results will improve from here,” said Powell, competing for the first time since winning the Tel Aviv Grand Prix last January.

Well done today @Nataliep_90 a fifth place here at the Masters in Doha. Not too bad for your first competition back for 11 months and more points for Tokyo! @BritishJudo @uk_sport @createautonomy pic.twitter.com/aoczAU4Bto

“It is great to get back out on the mat today as it has been nearly a year since I last fought during which time I have got fitter and stronger.

“I feel my training has gone really well, the additional time has given me and my coach the opportunity to work on specific technical aspects of my judo and I came here wanting to see where I was at.

“I have been feeling great in training, but you can’t replicate competition in training, it is only when you step on the mat and compete that you can really get a sense of how that training has gone.”

Powell impressed as she topped her pool. After an opening round bye, she defeated Nefeli Papadakis of the United States  in Round 2 and former World Championship silver medallist and 2015 European Champion Marhinde Verkerk of the Netherlands in the quarter-final, both victories coming by way of ippon.

But after defeat to Malonga she faced current World and European bronze medallist Loriana Kuka of Kosovo in the bronze medal fight which turned into a cagey affair.

Powell made a huge attack and came close to winning the match with some great groundwork that nearly resulted in a strangle hold.

In the next exchange Powell, clearly still exhausted from her previous attack, was thrown by Kuka for ippon, meaning she had to settle for fifth place.

“Reflecting on my performance, I can be really pleased with how I performed, my judo was working well and a lot of the things I have been working on in training really showed,” added the 30-year-old.

“I made a few mistakes in the semi-final and bronze medal match, which girls of this quality are always going to punish, but it has shown me exactly where I am at and what we still need to work on going forwards over the next 6 months.

“It’s obviously really disappointing to finish 5th and be so close to the medals, but there are so many positives to take that I can take forward into my next competitions.”

British Judo Head Coach, Kate Howey said: “It is fantastic to get back to competing again, albeit somewhat different to before, but the team as a whole are elated to get back into competition.”

“Coming into the World Masters, I did not know how our fighters would perform in relation to the rest of the world.

“However, our performances were not too far off which is a really encouraging sign, given we have gone 11 months without competition. I am sure it will not be too long before we see our British fighters back on the podium again.

“We only have six months between now and the Olympic Games, and while we are coming away from the Doha World Masters with no medals, Natalie’s fifth place and some really positive performances from the rest of the team has given us a really solid foundation on which we can really build going into the next few competitions.”