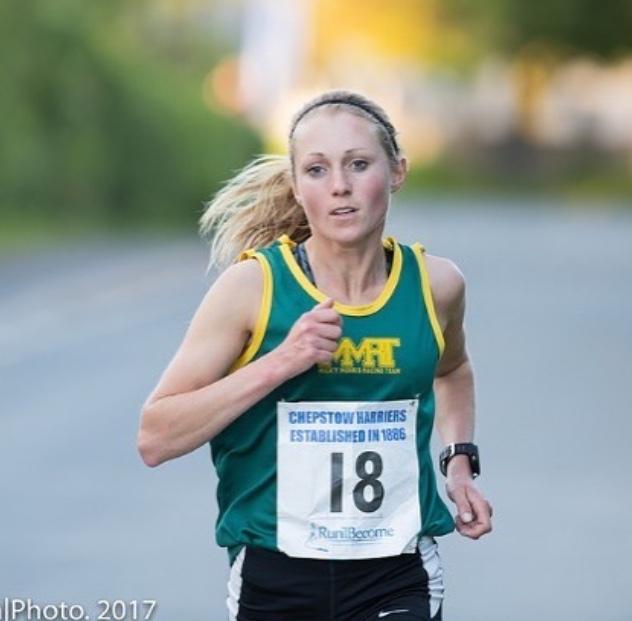 Natasha Cockram and Dewi Griffiths continued their build-up to next month’s London Marathon with impressive victories at the re-arranged Risk Kitchens Llanelli Half Marathon on Sunday.

But there were still strong winds out on the largely coastal route when the race was run on Sunday morning, which makes both athletes’ winning performances even more impressive.

Despite the conditions, Micky Morris Racing Team’s Cockram registered a big new personal best  of 75.27 when she broke the tape in the women’s race and secured a top 10 finish overall.

The time shattered her previous best of 77:53 which she clocked at the same event when finishing third to Caryl Jones and Clara Evans in 2018.

Cockram finished almost five minutes ahead of the next woman home – Carys Hughes, of Cardiff Athletics, in 80:35, with Rachel Davies, of Swansea Harriers, third in 83:37.

It was an impressive first competitive race of the year for Cockram as she builds for next month’s London Marathon, which also acts as a trial for Great Britain’s Tokyo Olympics team.

Cockram will be joined in London by Griffiths, who is busily making up for lost time after missing much of last season to illness and injury.

The past fortnight had seen Griffiths finish fourth at the Welsh Cross Country Championships at nearby Pembrey and claim a top 20 finish at the Vitality Big Half in London.

And the Carmarthenshire farmer continued his recovery on the streets and paths of Llanelli by winning in a time of 66:52.

Griffiths was followed home by San Domenico Running Club’s Luke Williams, who slashed more than two minutes off his personal best with a time of 69:54. Swansea Harrier Matthew Rees was third in 71:04.

Almost 2,000 runners took part in the mass participation event which started and finished outside Parc Y Scarlets and took in Sandy Water Park and parts of the Millennium Coastal Park.

Full results can be found on the Llanelli Half Marathon website.