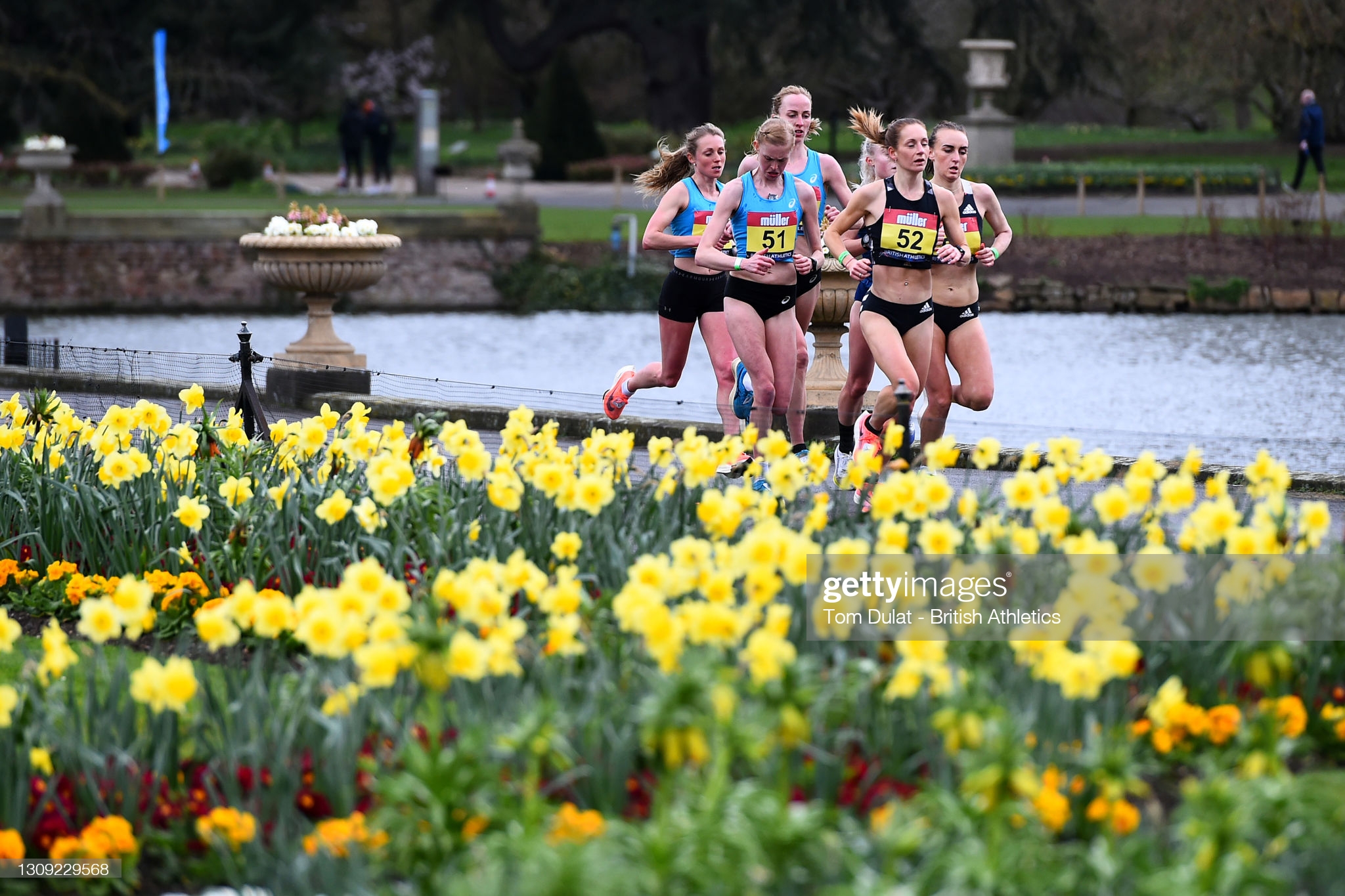 Natasha Cockram smashed her own Welsh marathon record but agonisingly just missed out on qualification for the Tokyo Olympics on Friday morning.

That took a huge 46 secs off her own national mark but, unfortunately, was outside the Olympic qualifying standard of 2:29.30.

There was also disappointment in the men race for Dewi Griffiths who also missed the qualifying time for Tokyo finishing fourth.

The pair go 3rd and 4th in Welsh all time lists!!! pic.twitter.com/ikH4VnaDn9

But both achieved the qualifying mark for the Commonwealth Games in Birmingham in 2022 as did Josh Griffiths for the men.

US-based Rosie Edwards and Cardiff’s Clara Evans both set huge PBs to make it an astonishing three Welsh runners in the top five of the women’s race, showing the strength in depth of the sport at the moment.

Their times were also inside the standard needed for next year’s Commonwealth Games.

Cockram was part of the leading pack for much of the race along with Cardiff’s Charlotte Arter, who was making her marathon debut.

Both were running well within the Olympic qualifying standard for the first half of the race.

But Clapham Chaser Steph Davis broke away from the rest of the field, putting distance between herself and the chasing pack, which saw Arter drop out in the latter stages.

Davis eventually crossed the line 2:27.16 to book her place in Tokyo with Cockram finishing well clear of the rest of the field in impressive fashion, but sadly missing out on the qualifying mark.

Next to finish was fellow Edwards. The US-based runner clocking a massive PB of 2:31.56 – taking almost nine minutes off her previous best.

There was another huge Welsh PB and Commonwealth qualifying time from Evans, who finished fifth in 2:32.42 – more than 13 minutes faster than she had run before.

Having led impressively for the majority of the men’s race, Griffiths eventually finished fourth in 2:13.42 – outside the Olympic qualifying standard of 2:11.30.

The Swansea Harrier led from the gun in the men’s race, shadowing pace makers Callum Wilkinson and Jake Smith from the off.

The Carmarthenshire farmer looked in superb form as a pack of three, which also featured Derby’s Ben Connor and Mohamud Aadan, of Thames Valley, broke well clear of the main field.

The leading three stayed well within schedule for the Olympic qualifying standard as they went deep into the race being held on a looped course of Kew Gardens.

Connor, who had already achieved the qualifying time was happy to sit on Griffiths’ shoulder for much of the race, while Aadan was surpassing all expectations on his debut.

When pacemaker Hawkins dropped out 1:40m into the race, Griffiths continued to look strong in the lead.

But approaching the 35k mark, the Welshman suddenly started to drop back and was distanced by Connor and Aadan, who were joined at the front by Chris Thompson, of Aldershot Farnham and District, who had surged through the field.

Thompson, running a perfectly timed race, then moved away from Connor and Aadan and raced to an automatic qualifying place in a new PB of 2:10.50.

The 39-year-old former steeplechaser, who became a father on Monday, will join Scotland’s pre-selected Callum Hawkins and second placed Connor on the plane to Tokyo.

Swansea Harrier Josh Griffiths finished fifth in 2:15.08, inside the standard needed for Birmingham next year, while 41-year-old mid-Wales athlete Andy Davies was seventh in 2:15.50.