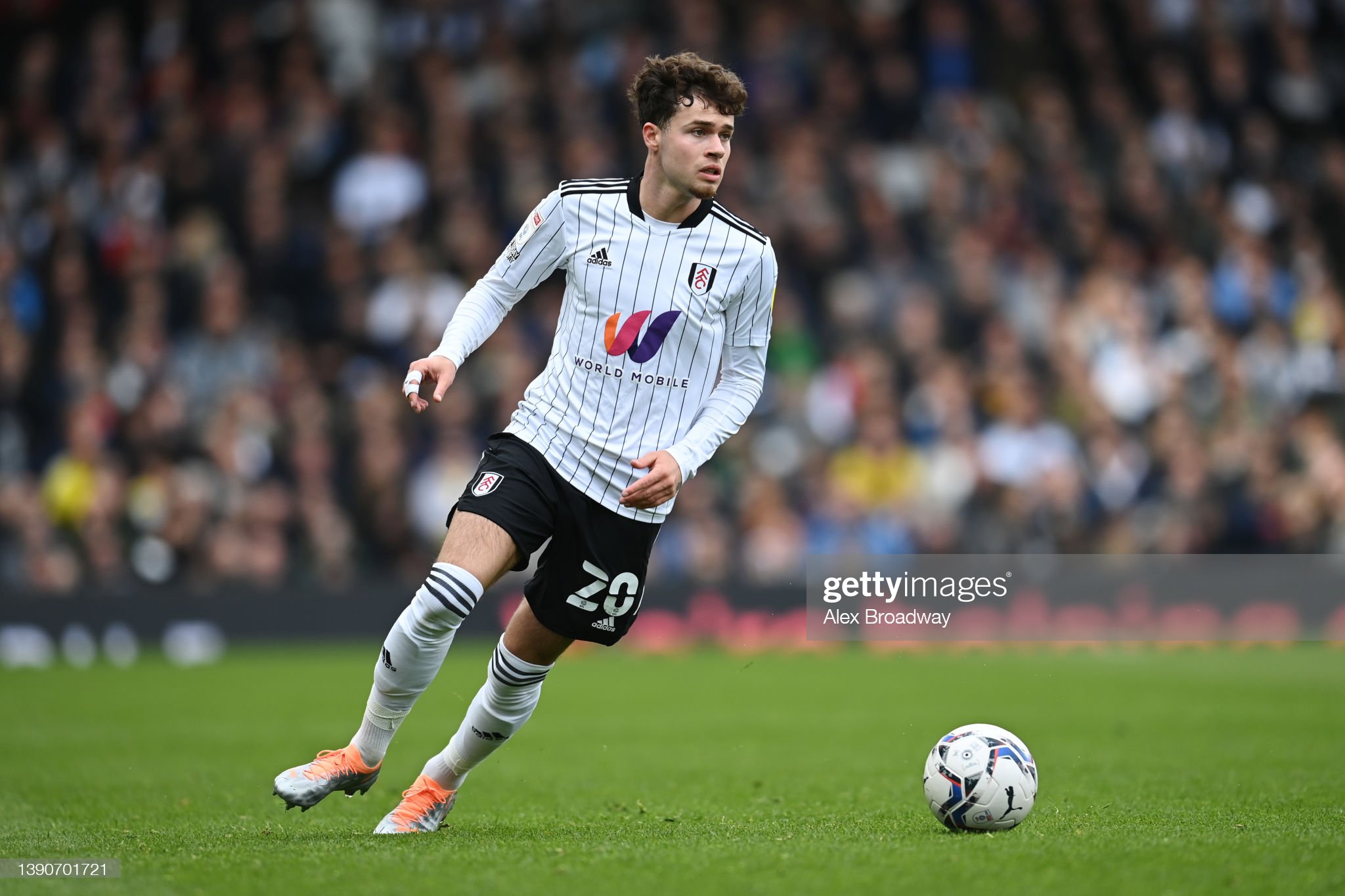 LONDON, ENGLAND - APRIL 10: Neco Williams of Fulham in action during the Sky Bet Championship match between Fulham and Coventry City at Craven Cottage on April 10, 2022 in London, England. (Photo by Alex Broadway/Getty Images)

Neco Williams says he will be returning to Liverpool a “more mature and improved player” after helping Fulham win promotion from the Sky Bet Championship.

Williams, who joined Fulham on loan in January, has been linked with an Anfield exit this summer to get more regular game-time with Trent Alexander-Arnold blocking his path to the Liverpool first-team.

But the Wales full-back, who signed a five-year Liverpool contract in 2020, says he will be returning to Anfield a better player following Fulham’s return to the top flight.

“It’s been a great loan,” said 21-year-old Williams, a Premier League title winner with Liverpool in 2020, at a McDonald’s Fun Football session.

Boooom🎯🎯 another great win for us and happy to score 2 goals😁 yeh the celebration needs working on I know🤦🏼‍♂️😅 @FulhamFC pic.twitter.com/tUNcj40qfT

“But I’ll be going back to Liverpool in the summer, feeling like a more mature player and definitely an improved player. Right now, I just want to play football week in and week out.

“I want to play as much as possible and gain as much experience as possible, and so far it has definitely helped me. I’ve improved as a player and getting promoted is a nice one to put on the CV.”

Fulham entertain Nottingham Forest at Craven Cottage on Tuesday and could clinch the Championship title.

Victory would take them to 90 points and second-placed Bournemouth would be unable to reach that tally by dropping points at Swansea.

Lots of people talking about Neco Williams as though he's said he won't be at Fulham next season. He hasn't "I don't know where I will be playing next season" is the full quote. Hardly a ringing endorsement of staying at Liverpool.

On winning promotion, Williams said: “First and foremost, it’s that experience of winning with a great group of players, which is hard to replicate.

“I’ve won the Premier League and hopefully I can go on to win the Championship now. I have gained a lot of experience in a short amount of time.

“I’ve gone from starting a Champions League game against AC Milan and beating them 2-1 to playing Barnsley. So I have gained quite a lot of valuable and varied experience at such a young age.

Williams could end the season by helping Wales reach only their second-ever World Cup, and their first since 1958.

Wales will play either Scotland or Ukraine in Cardiff on June 5 to decide a place at the finals in Qatar later this year.

"It's always amazing when we're playing there (Cardiff City Stadium) in front of our own fans, but that game was on another level again,"

"When we're playing out there we feel like the Welsh fans are our 12th man.”

Williams said: “It means absolutely everything to play for the badge on the shirt. Every time you step out onto the pitch in that shirt is exciting.

“I’ve always dreamt of playing at a World Cup since I was little, and you don’t realise how hard it is to get there. We’ve never been so close before in our lives. We are going to give everything we can to get there.

“Playing at the World Cup will be a huge boost to the whole Welsh nation and will hopefully inspire others to get playing.”

I fell in love with football as a kid. Playing for hours in the park with my mates, we had so much fun. It’s great to be reminded of that & join in with this lot at my first McDonald's @FunFootballUK session. Sign-up for a free session in Wales at https://t.co/bEZtJCmO3y#AD pic.twitter.com/zwyKjNe8j2

To give your child their grassroots debut and for the latest information about McDonald’s Fun Football sessions which provide free football for children aged 5-11, visit McDonalds.com/Football and follow @FunFootballUK on Twitter and Instagram.