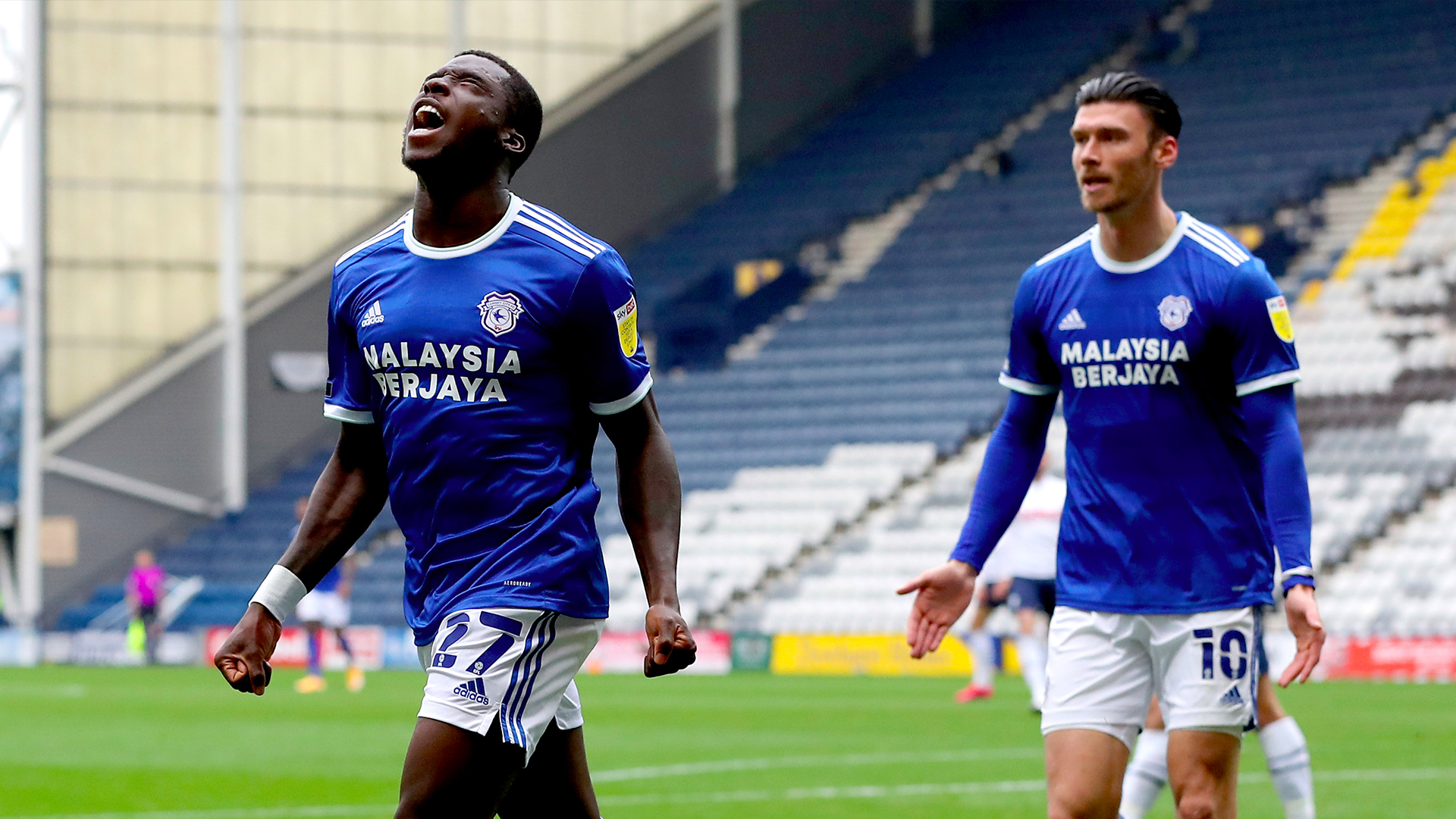 Neil Harris says Cardiff City have established a foothold in the Championship after Sheyi Ojo’s first goal sealed a 1-0 victory at Preston.

The victory lifted the Bluebirds up to 12th with seven points from five games – all their points coming away from home.

Now Harris is looking for City to build the home platform for a promotion challenge with back-to-back games against Bournemouth on Wednesday then Middlesbrough on Saturday at CCS.

“With today’s result we’ve got a foothold in the division now and we have to build on that,” said Harris, whose side have lost both their home games so far.

“We’ve got a good mindset about us and have to find a way of being that bit more clinical at home now.

“We love playing at home and are really looking forward to playing two consecutive games.

“It’s a quick turnaround now, Sunday to Wednesday and we’ll have to manage the group. We look forward to it.”

On-loan Ojo, who has been on the receiving end of criticism from some of the Bluebirds faithful, netted the winner on 52 minutes.

Sean Morrison and Joe Ralls combined to clear from just inside the City box to find Kieffer Moore who skillfully evaded a challenge before finding Ojo.

Harry Wilson – who had come on as a sub in the first-half after Greg Cunningham pulled up with a hamstring injury – was free as was Moore.

But Ojo made space in the box before smashing home the winner.

Harris had a solid if unspectacular debut following his loan spell from Liverpool never having a real chance to unleash a trademark left-footed strike.

Moore had earlier headed City’s best chance wide while at the other end Harris’ side never looked like conceding their first away goal this season.

“We stood firm,” said Harris. “I don’t think Alex [Smithies] had too many saves to make and we had the important moment in the game, the counter-attack.

“We had a clean-sheet mentality about us, we had the end product when it mattered and then we had the ruthless nature to get the three points. That’s the three things we talked about before the game.

“We countered well and it was a great finish. That one moment of quality is vital in Championship football and Sheyi produced it. I am really, really pleased for him.”