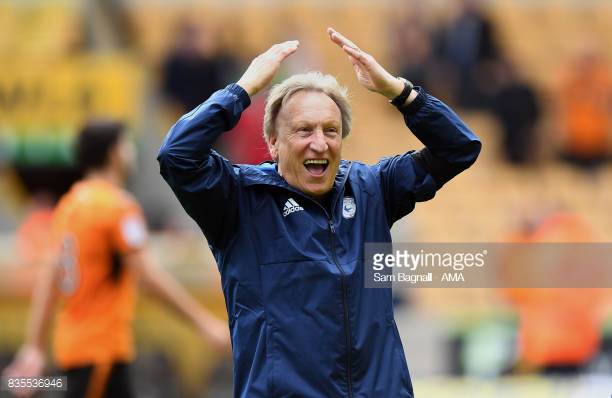 Neil Warnock insisted he has not been hurt by painful splinters as he labelled Cardiff City’s victory over West Ham as their biggest of the season.

The Bluebirds stayed in touch with the clubs above them as they beat the Hammers 2-0 at home thanks to goals from Junior Hoiliett and Victor Camarasa.

It was enough to enable the manager to go on the front foot- dismissing suggestions of splits and splinter groups in the dressing room following three successive defeats during which they had conceded 10 goals.

“That’s the only way you can answer them (your critics),” said Warnock.

“I think even the lads mentioned the ‘split camp’ and the ‘splinters’ and what’s been said this week. But you don’t get a performance like that with a split camp.

“I thought they were fabulous: from one to 11 and the subs. I don’t think there was a weakness today. I thought we worked hard this week in training and it’s benefited.

“The selection I thought was right today, we wanted to have a go at them from the start and not sit back like we did against Watford.

“It’s always nice for a change to score the first goal, which put a bit of pressure on them – because they’re a good side. They’re fighting to try and get in Europe. The only disappointment is we didn’t score another two or three when we had some fabulous opportunities. But it’s not us to make it straightforward, is it?”

Warnock insisted stories of disharmony suggested by former Bluebirds Nathan Blake and Danny Gabbidon were wide of the mark and were used as motivation.

“We were asking them to stand up – ‘will you stand up please, you rifters!’ – but nobody stood up.

“You always get that when you get defeats, because you (the media) have got to write about something.

“I think you said it was the most important game of my career or something like that. You have to fill news bulletins I suppose.

“For me, it was an important game. You can say about the other results, but I just think it brings a few more back into the pack. It makes a few more nervous.

“I think we’re quite capable of getting results between now and the end of the season.

“You can see the confidence. There’s one or two real plusses for me today: Murphy and Hoilett, not just scoring and making goals but the defensive side of thegame as well.

“You’ve got Creswell and Fredericks, two of the most attacking full-backs in the league, and they (Murphy and Hoilett) were magnificent.

“You can go through the team as well. I was really pleased how we set up and played some good football at times.”

The victory was not enough to lift Cardiff out of the relegation zone – but with Southampton, Brighton and Newcastle all winning, it prevented the two-point gap from becoming a five-point chasm.

With eight games remaining, and a three week break until their next fixture, Warnock;s side have a fighting chance of survival if they can play with the assertiveness and determination they swept West Ham aside in the opening half hour and should have yielded more goals.

As it was, after Hoilett had swept in the opener, Cardiff had to wait until the second-half before the winger helped set up a second for the highly influential Camarasa.

The Spaniard has been a source of annoyance for Warnock, with his reluctance to accept advice from the club’s medical staff in preference to his own advisors, but here he showed what an impact he can provide.

The midfielder went off with an injury before the end but Warnock insisted it was only cramp and that Camarasa will be fit for the next game at home to Chelsea.

Warnock added: “I think it was the biggest win of the season just because of how poor we were in the last three  matches.

“There are a lot of positives today, a lot of answers for the critics. That’s our eighth clean sheet, I would like to see how many other teas in the bottom half have eight clean sheets this year.

“We play Chelsea next and they’ll have everyone away. I wish we had more away because it means we’d have more quality players.

“It’s one of those things because whatever happens, 28 points is unbelievable for this group of players really.

“But now we have an opportunity to ruffle a few feathers and bring teams into it who weren’t expecting to be in it.”

One thought on “Neil Warnock: I Asked The Splitters To Stand Up . . . Nobody Did”