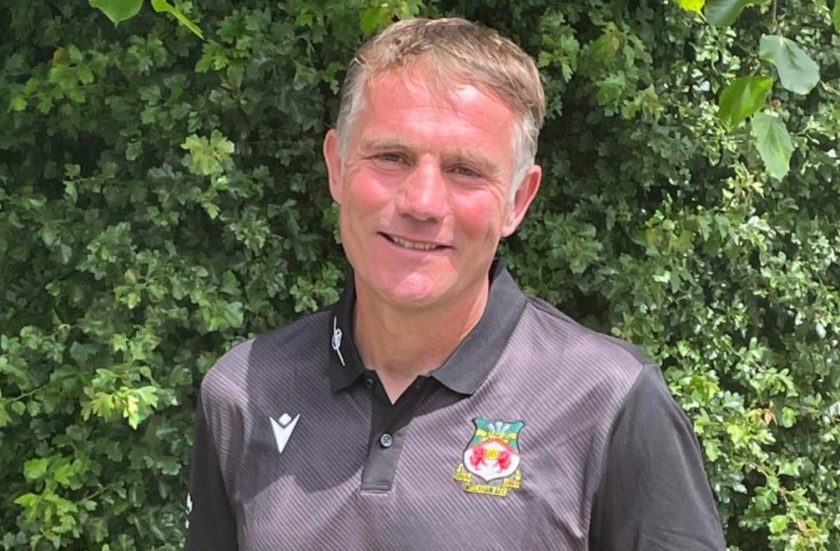 Phil Parkinson has revealed he’s been sold a Hollywood dream for Wrexham and is itching to bring it to reality as their new manager.

The 53-year-old has been appointed as Wrexham boss by the club’s joint owners, actors Rob McElhenney and Ryan Reynolds.

Former Bolton and Bradford boss Parkinson replaces Dean Keates, who departed the Racecourse Ground last month and says he was attracted by the visions laid out by the celebrity co-chairmen.

“Once the plans of the chairmen were explained to me, the decision to join Wrexham was very easy,” Parkinson told the club’s website.

“Wrexham are an EFL club in all but the one thing that matters, league status, and we have a very clear objective with the work starting immediately.

Parkinson, who left his most recent role at Sunderland in November last year, will be joined by Steve Parkin as assistant manager at the National League side.

“The club didn’t need selling to me, it sold itself and I wanted to be part of the journey this club is about to embark upon.

🎥Phil Parkinson, Sunderland manager Feb 2020 about ‘Sunderland Till I Die’:
‘Would I rather have the cameras follow me, yes or no?’, it’s a no.’

🎥July 2021 Phil Parkinson becomes Wrexham manager and will have cameras following him as part of #welcometowrexham documentary.

“We have a lot to do to be ready for August 21 and in the next seven weeks the aim is to add quality players to the existing squad and create an environment and culture which gives us the best possible chance of promotion.”

Parkinson was appointed after a month-long process, with more than 60 applicants considered for the position.

McElhenney and Reynolds added: “The process put in place by Les Reed, Shaun Harvey, Humphrey Ker & Fleur Robinson was thorough, and we were presented with any number of good options, all of whom would have been very credible managers for the club.

“We’d like to thank all those that applied for the role but once we knew Phil was interested, he was our man and we got him.

“Phil has an immediate objective of gaining promotion but is conscious of our ambitions for the club and embraced each element of our vision.”

Parkinson previously led Colchester United, Bolton and Bradford City to promotions and took the Bantams to the League Cup final in 2013.

As a player, Parkinson came through the youth ranks at Southampton, before making his Football League debut with Bury and then spending more than a decade with Reading.

At the conclusion of his playing career, his first managerial job was at Colchester, who he led to promotion to the Championship in 2006.

He moved to Hull City and then Charlton Athletic – joining the latter as first an assistant, before replacing Alan Pardew as manager.

In his next managerial job at Bradford City, Parkinson earned national recognition after leading the fourth-tier Bantams to the 2012/13 League Cup Final.

They earned promotion to League One at the end of the same season, before another cup giantkilling when they beat Chelsea in the FA Cup at Stamford Bridge in the following campaign.

Parkinson earned the third promotion of his career, with Bolton Wanderers, in 2016/17 and has since managed Sunderland.