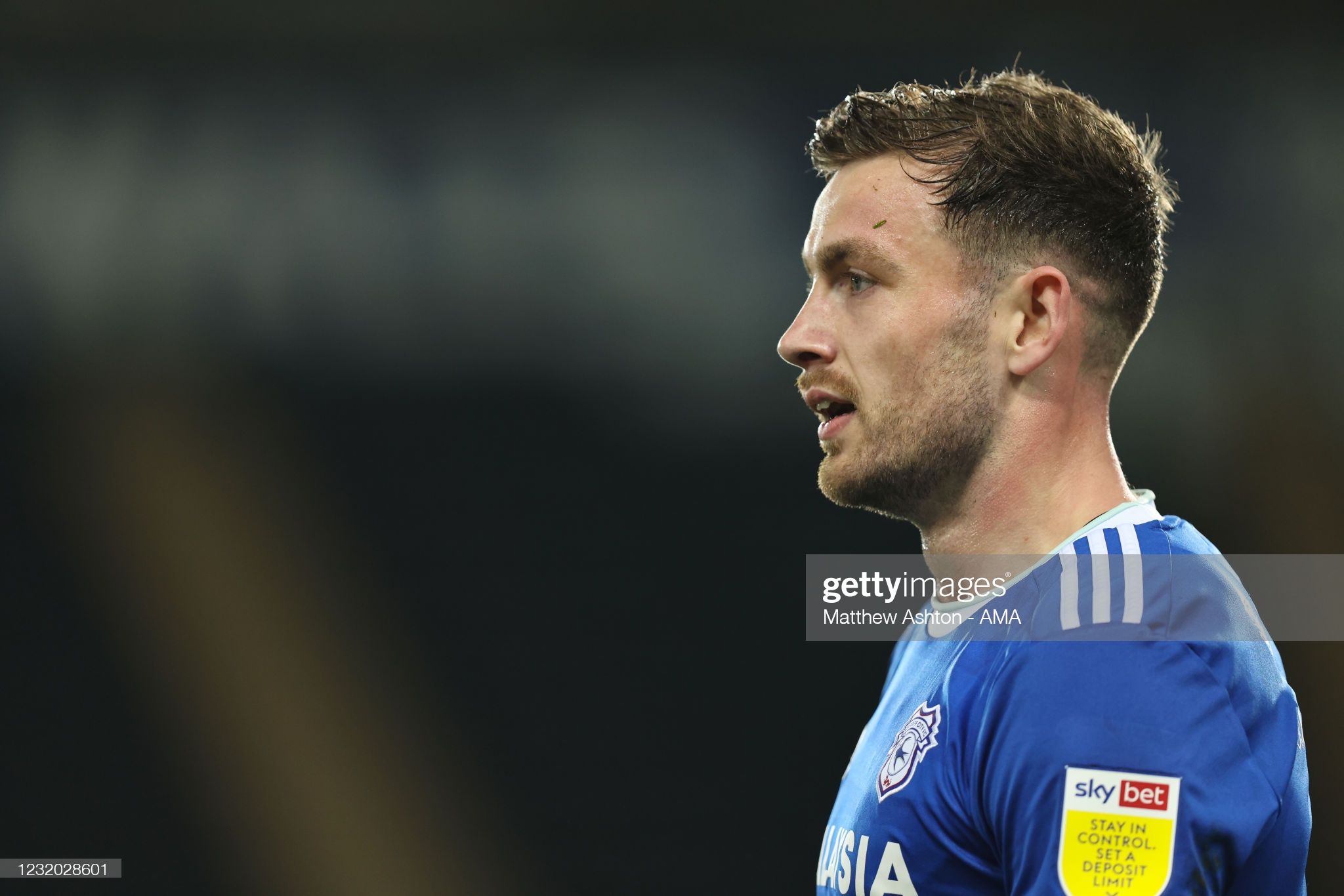 Steve Morison has claimed keeping Joe Ralls at Cardiff City is made more difficult by the manager’s own short-term contract at the club.

The Bluebirds boss has revealed he has begun talks with midfielder Ralls about a new contract for the 28-year-old, whose current deal expires at the end of the season.

Morison rates Ralls as one of the top five midfielders in the Championship, but says the uncertainty over his own long-term status as manager makes any decision for Ralls more complicated.

When Mick McCarthy was sacked in October, Morison was appointed as a caretaker and then given permanent status, but only until the end of the campaign.

He has so far won six out of 15 matches, but achieved recent back-to-back victories that have eased the club’s relegation worries as they prepare for Sunday FA Cup fourth round tie against Liverpool at Anfield.

Along with captain Sean Morison, Ralls is one of several members of Cardiff’s first-team squad who are out of contract at the end of the season and Morison said: “There’s been a couple of small conversations but it’s difficult because I haven’t got a contract either.

“So, it’s tough but they’ve all totally understood that no-one can really be sitting there, knocking on the door asking for a contract when we’re three points off the bottom three, because no-one’s covered themselves in glory.

“Obviously Joe Ralls has been arguably the standout. For me, he’s top five in the Champ, and he’s top five when it comes to stats.

“He’s a fantastic player and one that I’m sure the football club will try and keep if it’s possible.

“Once you go into this situation it’s difficult because his destiny’s in his own hands really.

“If he turns round and says he doesn’t want to go anywhere it makes it easier, but if I’m saying he’s top five then others will be looking at him as well, I’m sure.”

Morison admits his Cardiff youngsters will be “scared and nervous” ahead of their trip to Anfield.

Over 50,000 are expected to attend, including an 8,000-strong travelling support from south Wales, and Morison will field a young Cardiff side against Jurgen Klopp’s Premier League title-chasers.

Morrison is set to miss out after being hurt in Wednesday’s 1-0 win at Barnsley, while fellow defender Curtis Nelson and Ralls are also injury doubts.

Alfie Doughty, Cody Drameh, Max Watters and Uche Ikpeazu are also cup-tied, and Morison has promised to turn to the youngsters who helped eliminate Preston in round three by handing them another chance at Anfield.

Morison said: “It’s a really good opportunity to reward some of the younger players that have been tasked with looking after this football club over the last six months and trying to get them away from the bottom of the table.

“We are going to be playing at one, if not the most, iconic stadiums in football.

“We will be in front of 8,000 Cardiff City fans and a full Kop, and as a football player it doesn’t get better than that.

“It’s about how well they control that. Some of them may never get the chance to play again at Anfield and may get that extra urge off the back of it to say actually: ‘This is where I want to play all my games of football.’

“We know they’re good football players and a lot of it comes down to controlling that emotion, the mental side of it on days like that.

“We’ll do everything we can in the next couple of days to get them as well prepared as possible and see what happens on the day.”

Former Wales striker Morison played at Anfield during his time in the top-flight at Norwich – a 1-1 draw in October 2011.

Morison later scored against Liverpool in a 5-2 defeat at Carrow Road, when Uruguay striker Luis Suarez inflicted his customary punishment on the Canaries.

“I went there with Norwich,” said Morison, who helped Milwall to an FA Cup quarter-final in 2017 before the Lions’ run was ended by a resounding 6-0 thumping at Tottenham.

“Liverpool had Suarez up top, Steven Gerrard. We went 1-0 up and came away with a draw. It was great.

“I think the next three times we played them Suarez decided he was going to score three hat-tricks.

“I wasn’t one for getting shirts or anything as I was focused on the game. But ‘You’ll Never Walk Alone’ comes on as you walk out and the hairs stand on your neck.