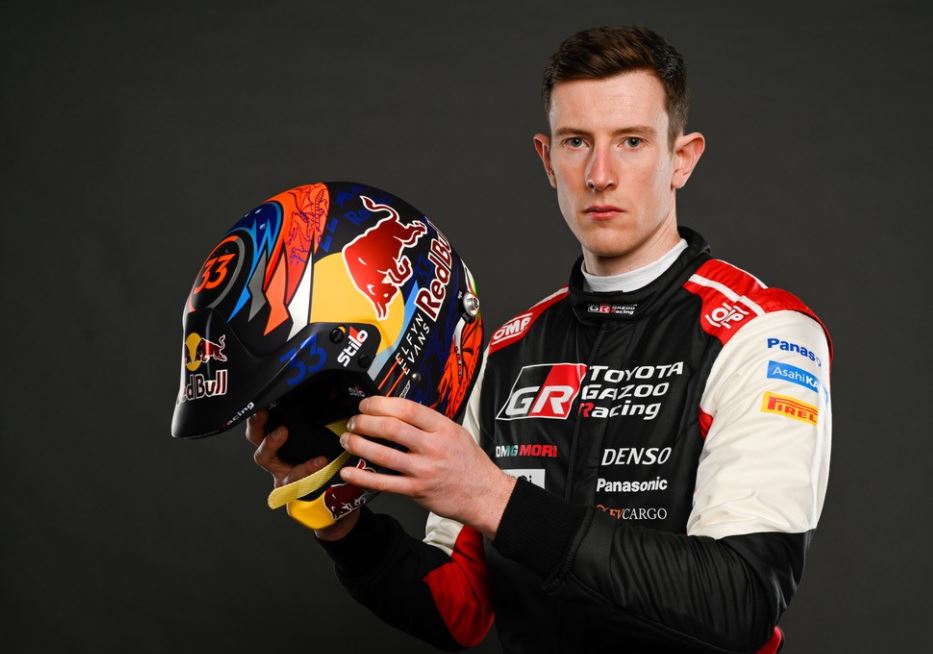 Right, then. Here we go. The start of what will be a World Rally Championship winning year for Elfyn Evans. Hopefully!

For the first time in the sport’s history, a Welsh driver will begin the new season as favourite for the world rally title.

Evans has finished runner-up for the last two seasons and the driver who has beaten him both times – eight-time world champion Sébastien Ogier – isn’t doing a full season.

Even if the Frenchman remains super motivated and wins all the rallies he starts in 2022, it won’t be enough for him to win a ninth title.

So, Evans it is then?

Well, in a normal year he’d start as the runaway favourite.

Glorious on gravel, tremendous on Tarmac and no slouch on snow, Evans can win on every surface.

The #GRYaris #Rally1 is ready for the #WRC hybrid revolution to begin this week at the legendary #RallyeMonteCarlo! 🇲🇨

He and co-driver Scott Martin have grafted hard and sacrificed much to acquire the intimate knowledge of every turn, protruding rockface, nasty bump and big jump along the roads in places like Croatia, Kenya, Portugal, Greece and Finland to win any rally they start.

However, this weekend’s opening Monte Carlo Rally isn’t just a lottery in terms of the notoriously changeable Alpes-Maritimes weather.

With brand new regulations coming into force, there is also a new batch of never raced before hybrid rally cars.

It’s as big a regulation change as when the fiery Group B cars were locked in cages and the less brutal Group A cars took over.

In addition to a 1.6-litre turbocharged petrol engine (running on 100% fossil-free fuel) the new plug-in hybrid Rally1 cars are also powered by a 100kW electric motor fitted to a 3.9kWh battery.

At peak combined performance they will produce over 500bhp.

And here’s the thing.

These cars will require a different driving technique to the ones campaigned a little over two months ago.

Right here’s an idea @WelshGovernment why not do what you did for 19 straight years and fund it again. One of the top guys in it @ElfynEvans is one of our own and is very much a championship worthy driver. Do the right thin and bring the WRC back to mid Wales! https://t.co/wmvcypXs8d

Recharging the battery and using the extra power to best effect will be yet another thing for a driver to manage – just as they’ve had to learn how to manage tyre wear.

The car’s weight distribution is also different to before and the handling characteristics have changed.

A number of big pre-season testing accidents, normally pretty much unheard of by the world’s top rally drivers, maybe illustrates that these new rally beasts are difficult to tame.

And whilst all the teams have done their fair share of private testing, this weekend’s Monte Carlo Rally will be the first time they get to compete against each other and compare stage times.

The team hasn’t shouted about its testing performance. Quite the opposite, in fact.

But whilst there are only two other teams in the World Rally Championship, the competition looks equally impressive.

Hyundai sacked their team manager during the closed winter season.

You get the sense they’ve had enough of under-achieving and its driver line up of Thierry Neuville, Ott Tänak, Dani Sordo and rookie Oliver Solberg, who will pilot the new i20 N Rally1, are more fired-up than ever before.

M-Sport has more financial and technical backing from Ford and its all-new and stunning Puma Rally1 is the nicest looking car on the 2022 grid.

It has recruited rally winner Craig Breen and drafted in nine-time world champion Sébastien Loeb for the Monte.

M-Sport means business this year, too.

And then there are Evans’ Toyota team-mates, all of who can take valuable points away from the would-be champion.

There is also the Japanese team’s big home grown hope Takamoto Katsuta, together with the experienced and rocket-fast Esapekka Lappi, and Ogier. Between them, they will share a GR Yaris Rally1.

Yes, we’ll soon know if Toyota has developed a new plug-in hybrid car that can carry Evans to the title.

But at present that is a complete unknown.

Not even Evans and his Toyota engineers know.

“This is an exciting time in our sport and I’m looking forward to the challenge of these new cars,” says Evans.

“Since I first tested the GR Yaris Rally1 we’ve made some good progress, but it’s impossible to know where we stand relative to the competition until we get to Monte Carlo.

“So much has changed and it’s a clean sheet of paper.

“It’s not been easy to jump from a car that was so well-developed, where everything was coming quite easily, and into something that is a lot more unknown.

“The additional power from the hybrid system makes a huge difference and how you manage it could be worth quite a lot in certain cases.

“We’ve already learned a lot in testing and I’m sure we’re going to continue learning a lot during the year, starting in Monte Carlo.

“It’s a rally that’s always a bit of a lottery with the weather anyway, and now the base has moved south there’s a lot of new stages and different terrain to get to grips with.”

The 2022 Monte Carlo Rally starts from Casino Square on the evening of Thursday 20 January and goes straight into two night-time stages.

Three more days of competition follow, before the event ends in Monaco on Sunday afternoon after all 17 special stages, totalling 184 stage miles, have been completed.