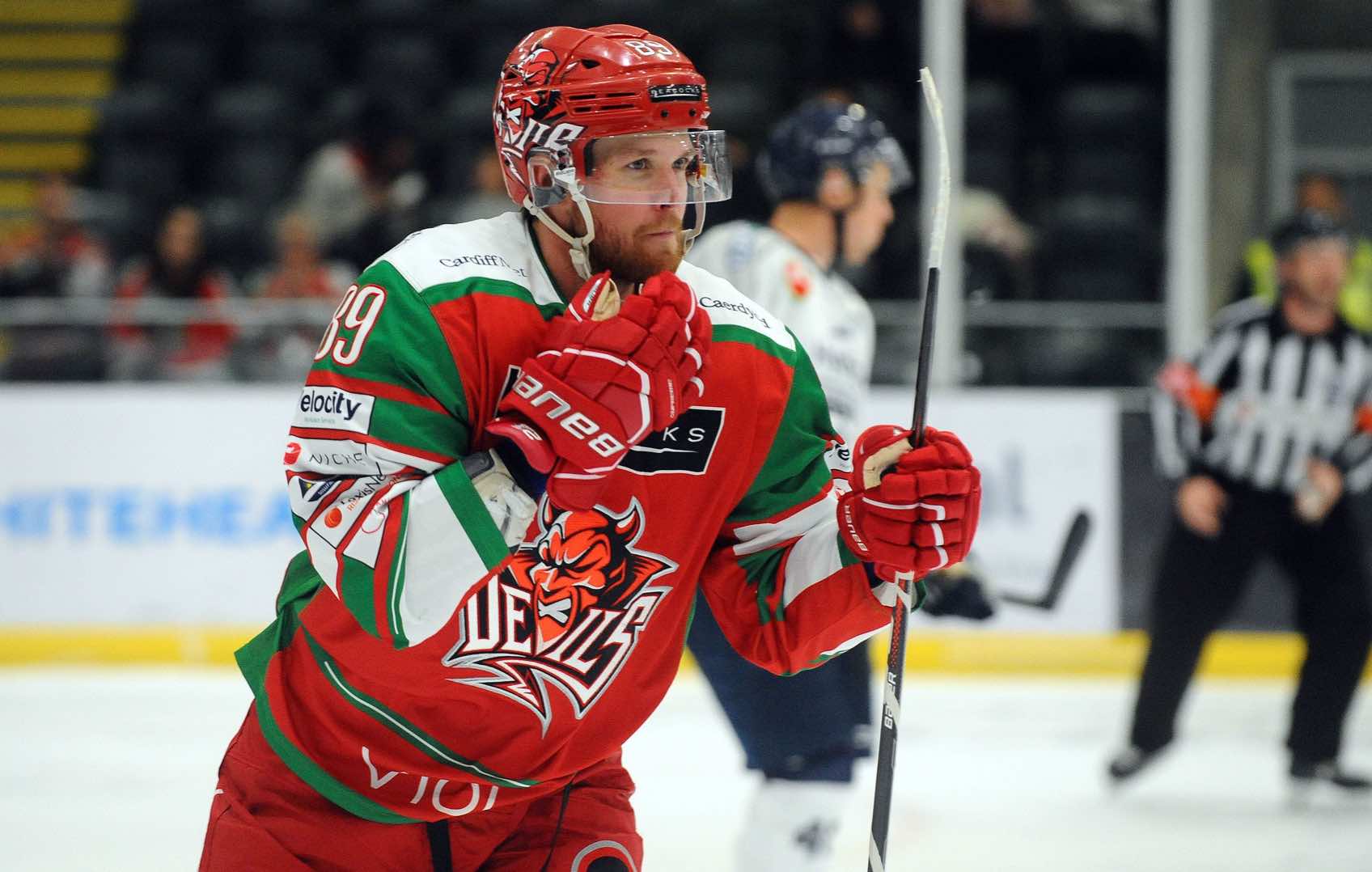 Jardine, who twice won the Kelly Cup in North America, has switched from Growlers in Newfoundland to Devils and says after his first week in South Wales: “It’s been a lot of fun. This is a lovely city, everything is beautiful.

“When I talked to Lordo (head coach Andrew Lord) we just talked about winning, first and foremost. That’s what I care about most.

“I can fit a lot of different roles and will do whatever it takes to help our team. I skate well, shoot well, pass and more.

“My aim is to blend in to the culture that’s working already. We have a group of guys highly focused, all of us excited to get going and we will be extremely well prepared for the start of our season.”

Jardine, from Lacombe, Alberta, signed for Devils following an historic season with the Newfoundland Growlers of the East Coast League where he helped the team capture the province’s first ever professional hockey championship.

“Sam is a huge signing, a great all-around defenceman with many assets, the perfect player to balance out our D-core,” says Lord. “He is big, skates well, plays hard, is strong defensively and has an offensive upside.”

Former Devils captain Tyson Marsh reacted to Martin’s appointment by tweeting: “It was only a matter of time before the other half of the Mo-Marty connection took the reins. Good luck filling Mo’s shoes, Marty.

“He set that bar higher than ever.”

Cardiff Devils won 5-2 against Fehervar on Saturday, while the Hungarians edged to a 4-2 win the next evening with an empty net goal clinching victory.

The teams then finished the evening with a penalty shootout and, once again, the visitors were winners.

Sunday’s match  was another feisty affair between the two teams who set the tone early with some good chances and even better hits in the opening 10 minutes.

The best chance came off the stick of Charles Linglet when he danced through the defence, but couldn’t find a way past net minder Daniel Kornakker.

Mike McNamee opened the scoring at 28-03 on the powerplay with Gleason Fournier drawing the lone assist, but less than four minutes later Daniel Szabo levelled score with a powerplay goal of his own.

At 33-15 Anze Kuralt fired ahead with their second powerplay goal. The scoreline stayed at 2-1 in favour of Fehervar after 40 minutes of play.

Devils tied the game at 2-2 after 52-07, again on the powerplay, when man of the match Joey Haddad tipped in a shot from Sean McMonagle.

At 54:46 Fehervar were back in front courtesy of Aron Reisz with a low shot that beat goalie Ben Bowns to make it 3-2 and the game was sealed with an empty net goal from Mikko Lehtonen 18 seconds from the end.

The next pre-season tests for Devils are against Nottingham Panthers next weekend, away win Saturday and at home Sunday.