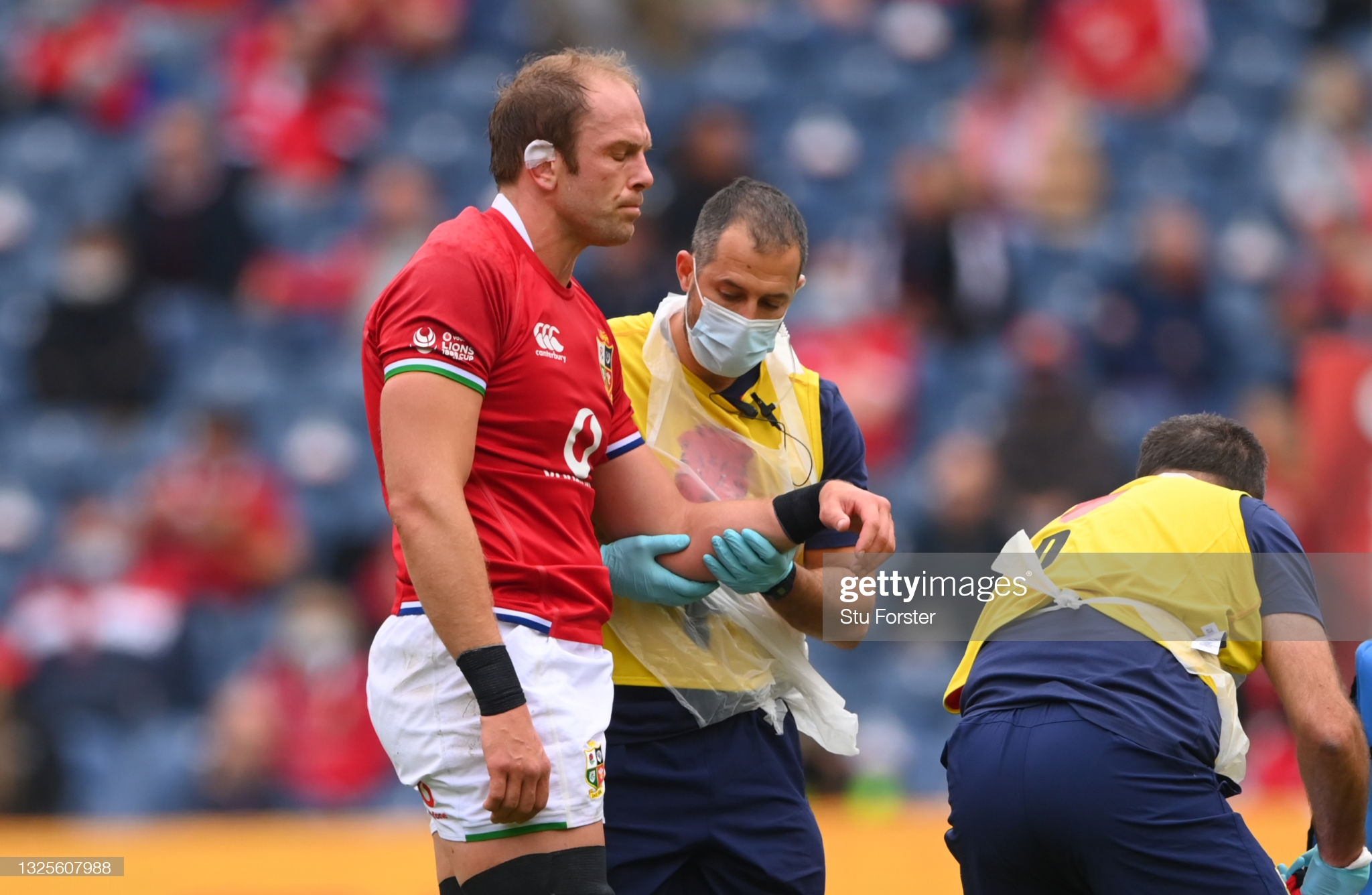 Conor Murray has admitted the loss of Alun Wyn Jones will be huge for the Lions after the Ireland scrum-half replaced the Wales skipper as tour captain.

Murray was the surprise choice to replace Jones as British and Irish Lions captain for the trip to South Africa.

The Lions suffered a devastating blow as Jones was ruled out of the tour after dislocating his shoulder in the 28-10 victory over Japan at Murrayfield on Saturday.

Murray is a leftfield appointment by head coach Warren Gatland but he is a veteran of two previous Lions tours and has amassed 89 caps for his country.

The 32-year-old started against Japan and is favourite to form a half-back partnership with Dan Biggar for the Test series.

The Lions also learned that Justin Tipuric will not be travelling to South Africa because of a shoulder injury.

As two Wales forwards are ruled out, two more are brought in as their replacements with Adam Beard and Josh Navidi now set to depart with the squad on Sunday night.

Beard and Navidi have been regular starters in the Welsh pack in recent times including this year’s Six Nations.

Murray has beaten more vaunted Lions captaincy contenders such as Maro Itoje and Owen Farrell to the post.

Murray said: “We’re very disappointed to lose Alun Wyn. He’s been brilliant for the first two weeks. I’ve known him from the past two Tours and he’s been incredible. It’s a huge loss.

“What kind of puts me at ease is that we’ve such a good leadership group that it means I can continue being myself.

“There’ll be a little bit more responsibility, but I don’t think it should change anything around the camp. I think that’s one of the most important things – that I remain myself, and I assume that’s why Warren asked me to do it.”

“The timing of these injuries seem particularly cruel given we fly to South Africa tomorrow, but unfortunately they’re part of the game.

“Alun Wyn will obviously be a big loss, both on and off the field, but will be ably replaced by Conor.

“Conor is an outstanding rugby player and is held in the highest regard with both the players and coaches.

“As a three-time Lions tourist, he knows what will be required as captain and I’m certain he will lead the squad with excellence. He will also be well supported by an experienced leadership group.

“We plan for Adam and Josh to join up with the touring party before we depart for South Africa tomorrow evening.”

Jones departed just eight minutes into the match after being hurt during a ruck clear-out by James Moore, and although he returned to the field to be with his team-mates at the final whistle, the Lions’ worst fears had already been realised.

After the game, Gatland had said: “His shoulder dislocated. We’re getting it scanned but it’s looking like we’ll have to replace him.

“It’s very disappointing. He’s been around rugby long enough but he’ll be gutted.

“The decision’s pretty much made. I was speaking to the physios and they’ve spoken to Alun Wyn. He understands the very best case scenario is that he may get back for the Tests.”

The challenge now facing Gatland is to prevent the dire setback of losing Jones, a veteran of four Lions squads, from affecting morale.

Conor Murray to lead Lions. Adam Beard and Josh Navidi to replace Alun Wyn and Josh Navidi. A day of carnage for the Lions and underlines lunacy of pre-tour games.

“No one is in shock because if you’re in shock its reflects back into the whole squad,” said the Kiwi, who revealed that number eight Jack Conan carried a hamstring injury into the game.

“We understand things are different and fluid and we have to move on and be able to react and make decisions and that is the only way you can deal with it.

“If you go into a shock scenario and look as if you are panicking then it will reflect badly on us.”

Wales team-mate Dan Biggar said Jones was “pretty down in the changing room” after the match, echoing Gatland in saying his absence would be a “huge loss”.

“You’ve only got to look at his record and experience,” Biggar said.

“I asked the players to pick a leadership group. I thought it was interesting that he ended up with the most votes.”

Warren Gatland has revealed that a player poll identified Owen Farrell as the talisman of the British & Irish Lions’ leadership group: https://t.co/7W45EXxn8P pic.twitter.com/GEcx0BVKzz

“He’s the go-to guy. Things move so quickly on these tours. You’ve just got to put it to one side now and look at the group we’ve got.”

Jones clutched his arm as he departed with just seven minutes on the clock, appearing to pick up the injury as he was cleared out at a ruck while trying to poach the ball.

The second rower was closely followed by Tipuric, who was hurt in a tackle and replaced by Taulupe Faletau with a quarter of the match played.

The injuries spoiled what was an otherwise pleasing day for the Lions, who were 21 points ahead in as many minutes thanks to tries from Josh Adams, Duhan van der Merwe and Robbie Henshaw, with all three converted by Biggar whose accurate kicking out of hand matched his efforts from the tee.