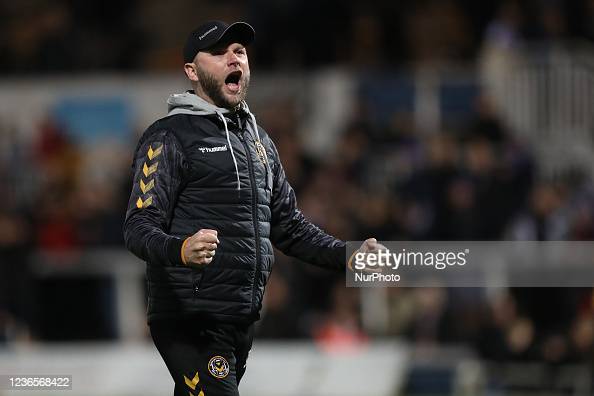 Newport County boss James Rowberry has moved swiftly to fill the gap in his backroom staff following the departure of assistant manager Wayne Hatswell by enticing Carl Serrant to join him from Cardiff City.

The two men worked together at the Championship club, where Serrant spent five years on the coaching staff. He will assume the duties previously undertaken by Hatswell, who has linked-up with Mike Flynn at Wallsall.

Serrant helped the Bluebirds gain promotion to the Premier League, an achievement he also earned twice while part of the backroom staff at QPR. He also spent time at Crystal Palace and Sheffield United.

“I’m delighted to be here, it’s been a bit of a whirlwind and things have progressed really quickly but once I had the conversation with James it was something that I didn’t want to turn down and wanted to grasp with both hands,” said Serrant.

Meanwhile, the 47-year-old Hatswell landed at Wallsall yesterday to re-launch his highly successful relationship with Flynn. He filled in for him after his departure from Newport County earlier in the season and will be straight back in the old routine with Flynn at last night’s clash with Swindon Town.

After becoming the club’s new assistant manager, Carl Serrant sat down for his first interview!#NCAFC🧡🖤https://t.co/BAau2twVBS

“It’s been a mad 48 hours because I was in the dugout at Newport on Saturday. I’m excited and really pleased to be working with Michael again,” said Hatswell.

“Everyone knows what we did at Newport for a good four years and that was a big draw for me. We know how each other work and I’m really excited to be at Walsall.”

Flynn started with a bang last weekend when he took his new club to league leaders Forest Green Rovers and came up with a 1-0 win. Forest Green will be at Rodney Parade to face Rowberry’s men on Saturday.

That moved the Midlands outfit up to 16th in the table, 14 points behind the play-off places. With Hatswell back at his side, Flynn will be looking upwards for the rest of the season.

“Wayne will be a huge addition to the club. He has got all the characteristics I look for in my staff – he’s an outstanding coach and a hard worker. That will bring an improved quality to what’s already here at the football club.

“We’ve had a successful partnership over the years and I’m really excited to have him on board.”