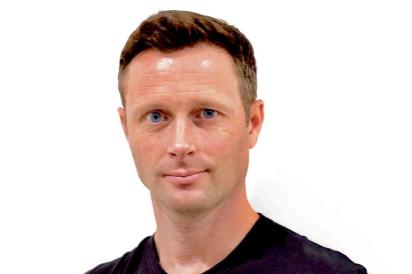 James Yandle-Davies is the new co-owner of the Ospreys. Pic: Y11.

New Ospreys co-owner James Davies-Yandle insists he plumped for buying the Welsh region after examining all the top teams in Europe.

Y11 Sports and Media chief executive Davies-Yandle, along with his business partner, financier Donald Tang, have both joined the board of Ospreys Rugby as directors after purchasing a 75.1% stake last week.

Davies-Yandle has a family background in the Swansea areas but insists his multi-million pound investment is about making more money – by growing the region within a sport that still has potential – rather than sentiment.

“When we first talked about buying into a rugby property we looked at the biggest clubs in Europe. We ran the numbers with the accountants, did our due diligence and went through a much longer check list before agreeing to invest in the Ospreys,” said Davies-Yandle.

“What tipped the scales for me was the passion for the club and the game in the region, the family feel about the place and the fact it can only go in one direction – back to the where it once used to sit in the game in Europe.”

At a time when most companies are counting their pennies and holding onto their millions, Hong Kong-based Davies-Yandle wasn’t afraid to take the plunge with the Ospreys and become the first Asian investor into a British rugby club. Having started his working life as a credit risk manager at the Royal Bank of Canada he knows how to weigh-up the pros and cons of a deal.

Despite an emotional family attachment to the Swansea area, Davies-Yandle is not one to throw good money after bad. He claims the “long-term, multi-million pound” deal in the ailing Welsh region is an investment in the future of the game.

“We have been watching from the sidelines, stayed in close contact with the goings on in the northern hemisphere and been closely monitoring what the private equity fund CVC, have been doing with their investment into Premiership Rugby.

“We are aware there could be big changes coming. We want to ride on the coat tails of those changes and help to move the game, and particularly the Ospreys, forward into the new era.

“We feel there is a 7-10 year potential bull run around the corner in rugby union. This is a properly calculated business decision and we wanted in sooner rather than later.”

The writing off of almost £5m of debt at the Ospreys in the past 18 months by long-term benefactors Mike James and Rob Davies helped make the region a more palatable prospect for a new buyer.

But the fact the team had won only two of its 18 games in the current, truncated campaign could have acted as a deterrent.

Not according to the former Wales hockey international, who launched Y11 three years ago along with financier Tang.

Prior to that he had worked for major sports marketing companies such as ProSports International and Essentially. across the world.

“There has to be a changing of the old guard in rugby and you sense that it is coming,” added Davies-Yandle.

“I know Bill Beaumont was re-elected as the World Rugby chairman ahead of the more dynamic Agustin Pichot last month, but in these difficult times it was probably the right thing to do,” said Davies-Yandle.

“Rugby union is probably 15 years behind most other main stream commercial sporting properties and it hasn’t been travelling at the same pace as other sports.

“International rugby has been the noose around the neck of the club game, which is the total reverse to football, because it remains the cash cow and we fully understand it is vital to everyone’s survival.”

Getting the four time winners of what is now the PRO14 back to where they once were is going to be a difficult enough prospect, especially if next season is dominated by international rugby matches that will deny the Ospreys of major players such as Alun Wyn Jones, Justin Tipuric, George North, Rhys Webb, Gareth Anscombe and Owen Watkin, but the new shareholders are ready for battle.

“We need to find a way to restore some pride and identity into the club games and league systems in which the Ospreys play. In terms of building brand equity, and global appeal, then an Anglo-Welsh or British League could be one way forward.

“I want the players to feel they are part of something special, a well thought out and constructed vision that is going to deliver more to them than just money.

“It is about building a franchise that the best players in the world want to be a part of, a team that can win the major medals.”

But, he argues, the biggest improvements need to come on the commercial side of the business – “opening up new, more vibrant income streams” – and in the way the matches are presented to the paying public, both on the pitch and TV.

“The PRO14, and rugby in general, has suffered recently from having a confusing TV portfolio. You can see the game moving towards something like they now have in golf and putting all their properties together on a one-stop-shop Rugby Union channel,” he added.

“That form of consolidation, coupled with unique content, has to be one of the best ways forward. When it arrives, hopefully, you’ll be watching the Ospreys winning a PRO14, European or even world title.”

One thought on “New Ospreys Owner Insists Region Was Best Fit In Europe . . . And Rugby Is About To Boom”