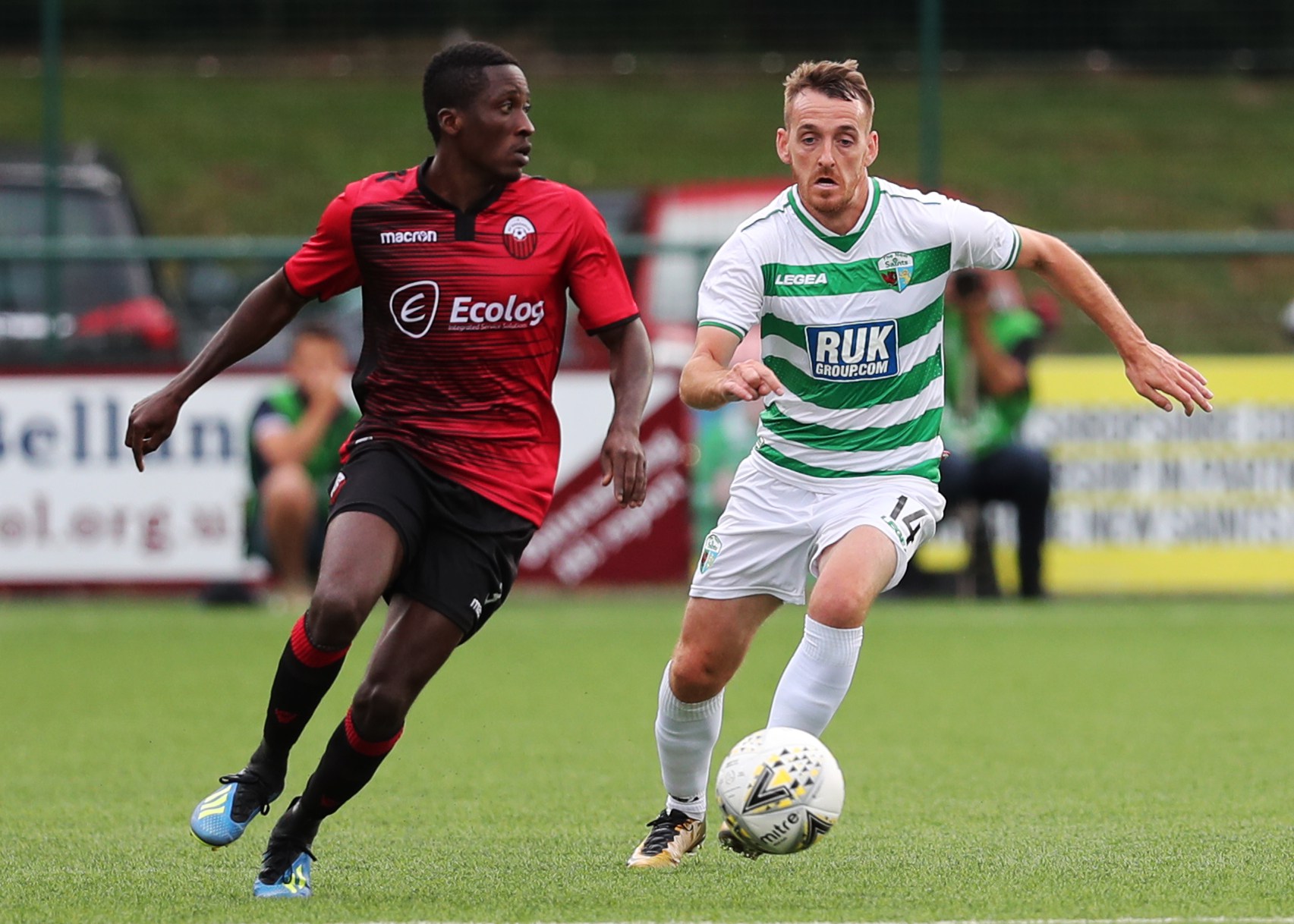 The New Saints continue their European campaign tonight looking to build on the momentum gained from last week’s emphatic 4-0 victory over KF Shkendija (7.00).

The Saints have been forced to turn their attentions to Europa League qualification after exiting the Champions League qualifying rounds in dramatic fashion last week.

After crashing to a 5-0 first leg defeat in Macedonia, Scott Ruscoe’s side threatened to complete a remarkable comeback.

The New Saints impressively ran out 4-0 winner’s in the second leg, but just fell short losing 5-4 on aggregate.

Galvanised by last week’s performance, The New Saints will be looking to deliver another big European performance as the club strive to secure a place in the main group stages for the first time.

“We’ve got to use last Tuesday as a springboard of course, to push us on towards this upcoming Europa League challenge but we’ve also got to be aware of how poor we can be, because it was only a week prior we showed that,” explained Ruscoe when speaking to the FAW official site this week.

“We nearly made history, and we’ve got to let the high of that performance take us forward, without letting complacency set in.

“The two games coming up are going to be very important for us, our squad is looking very good, our fitness levels are high and we’re ready for what is to come.

“It is vital for me that we win as many games as possible in Europe this season, not just for ourselves but for the JD Welsh Premier League, to ensure that we keep our coefficient high and retain strong Welsh representation in Europe.

“We really want to win these next two games but it isn’t just about TNS, it’s about representing Wales.”

Should The New Saints see off Lincoln, their potential opponents would be the losers of the Champions League second qualifying round tie between FC Astana (Kazakhstan) or FC Midtjylland (Denmark) with the proposed tie almost certain to be played at the Cardiff City Stadium, due to UEFA regulations.

The game will be streamed live on BBC Sport online.