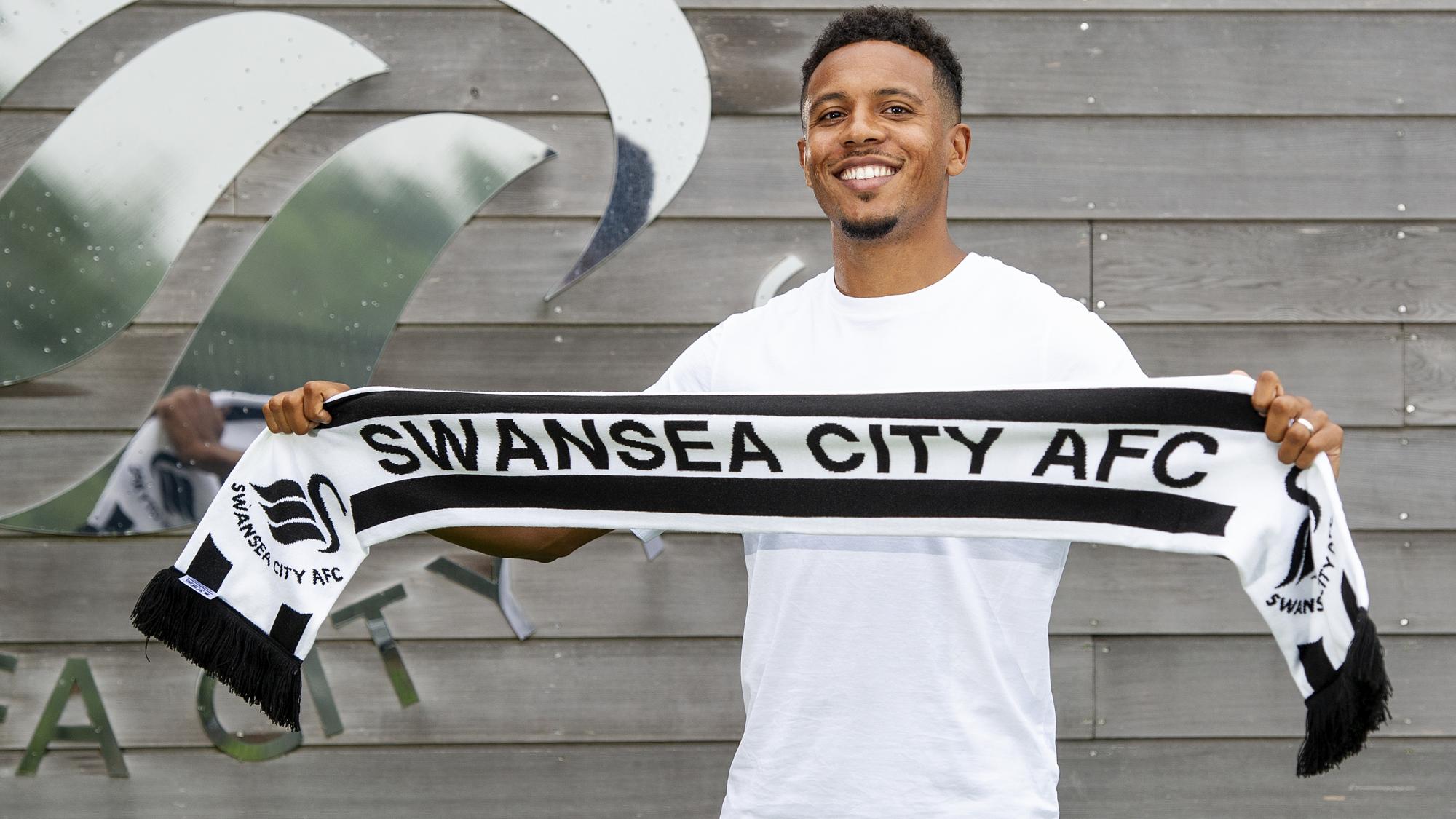 New Swansea City signing Korey Smith has been described as “a Scottie Pippin” who can play the perfect support role at the club.

Smith became the first Swans’ signing of the transfer window when he moved from Bristol City after his contract came to an end.

The midfielder spent six seasons at Ashton gate and the 29-year-old – who made 196 appearances for the Robins – has been likened to former basketball star Pippin, whose crucial back-up role to Michael Jordan was highlighted in the Netflix hit, The Last Dance.

Former Bristol City manager Steve Cotterill told the Bristol Evening Port, “I would say that for anyone that has seen The Last Dance with Michael Jordan, Korey Smith was Scottie Pippen of the Chicago Bulls.

“That’s how I’d explain him to anyone who maybe isn’t so football-orientated reading this. If anyone has seen the Bulls and The Last Dance, they’ll know what I mean.

“Scottie Pippen was absolutely as important to that team as Michael Jordan – even though Jordan was the superstar. That’s how I’d describe Korey.

I needed him to put those fires out, and his reading of the game, his anticipation and speed over five yards was first class. Korey snuffed out attacks. I think his biggest attribute is that he’s unselfish.”

Smith was not offered a new deal by current Bristol City manager Dean Holden, but Swansea manager Steve Cooper views him as a player who can bring needed experience to a youthful squad.

Cardiff City, Huddersfield and Nottingham Forest were all reportedly interested in signing the former Norwich City player, but Smith says he chose Swansea after speaking to his former Bristol teammates Ashley Williams and Tammy Abraham.

“I spoke to Ash at Bristol, he had an amazing time here and he had nothing but good things to say, and Tammy was the same,” said Smith.

“They all said it was a lovely place to live, a brilliant club with a great stadium and fan base. Obviously everyone around Swansea supports the club so it’s a great place to be.

“I also have friends down here so hopefully that will help me settle in. I can’t wait to get going.”

“I was at Bristol City a long time and have some great memories with some amazing people, but it is time to move on to a new chapter.”