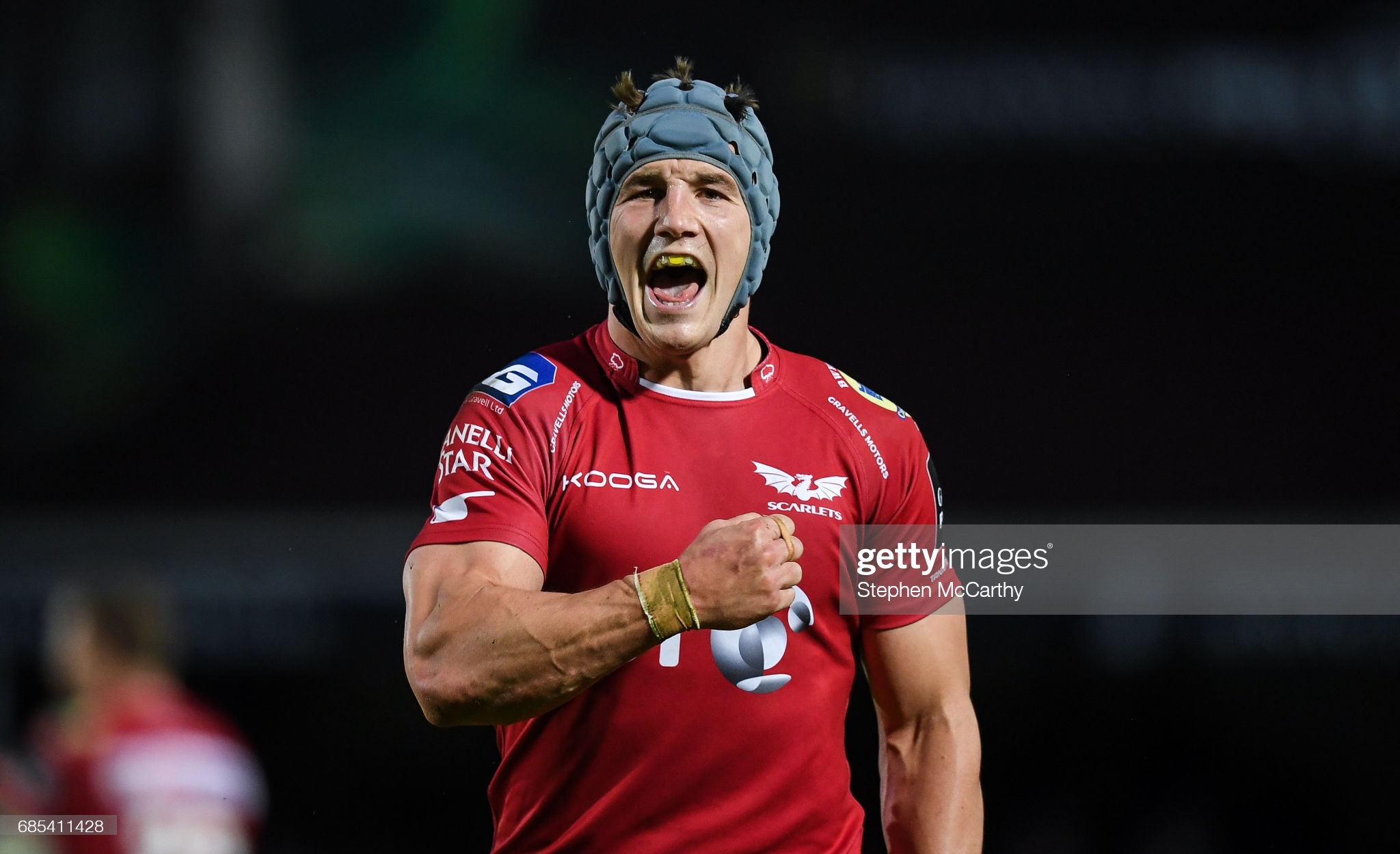 Jonathan Davies may look one of the coolest rugby players on and off the field, but anyone not pulling their weight for the Scarlets may soon feel a fiery blast from the region’s new captain.

The 33-year-old, who has won 91 caps for Wales, has replaced Ken Owens, who has led the region as Scarlets skipper for the past seven seasons.

Davies often looks one of the calmest players around but insists: “I can be quite hot-headed when I need to be.

“For me, it’s making sure your own house is in order and executing your role and your job.

“I don’t change my manner that much but sometimes on the training field I will lose my temper.”

New Scarlets head coach Dwayne Peel decided to make the change in order to freshen things up at the region ahead of the inaugural United Rugby Championship that starts this weekend.

Scratching the seven-year itch may have led to some friction within certain squads, but Davies and Owens have been Wales and Scarlets teammates for well over a decade and the new captain insists it has been an orderly transfer of power.

“We’re still friends. Ken has been an outstanding captain and led by example for a number of years,” adds Davies.

“He has played such a big part for this region and this club. I spoke to him last week and he said he will support me as best he can and I know that’s going to be a great asset to have.

“We both love this club and you will get that passion from the both of us.

“For me, it’s making sure I keep on top of my own standards and try and lead by example. Obviously, Ken did that as well. It’s about making sure the group is in a good place and everyone is happy around it.”

And Davies is determined to repay the faith Peel has shown in him.

““It is a massive honour to be handed the Scarlets captaincy, you only have to look at the captain’s board to see so many great players and icons of the game who have led the club,” adds Davies.

“I am fortunate that there will be a strong leadership group around me – British & Irish Lions and experienced Wales internationals who have enjoyed success at domestic and Test level.

Join us at the ERS! ️

“Those players also know there is a hard-working, driven group of youngsters pushing them for the jersey so there is an exciting mix to the squad.

“Winning the PRO12 title with the Scarlets four years ago remains one of the highlights of my career and there is a real ambition and hunger among the players and coaching group to reach those levels again.”

Davies has played 170 matches for the Scarlets since making his debut in 2006 and is one of the most decorated centres in international rugby having won 91 caps for Wales and represented the Lions in the Test series in Australia 2013 and New Zealand in 2017.

It will be his second stint wearing the Scarlets armband having been a co-captain along with Rob McCusker in 2013.

“Jon is one of the most respected players in the game, someone with a huge amount of experience at all levels,” said Peel.

“He has been a leader amongst our group for a number of years now and certainly since I have been here his leadership qualities have been there for all to see, on and off the training field. Foxy is the ultimate professional – when he speaks people listen.

“The way he conducts himself is an example to every player in the squad. He has been a big part of this club for a long time; he has grown up in the region, played his junior rugby here and it is clear that wearing the Scarlets jersey means a huge amount to him.

“Ken has been a fantastic leader for us over the last seven years and will continue to have a huge part to play in the leadership of this group.”