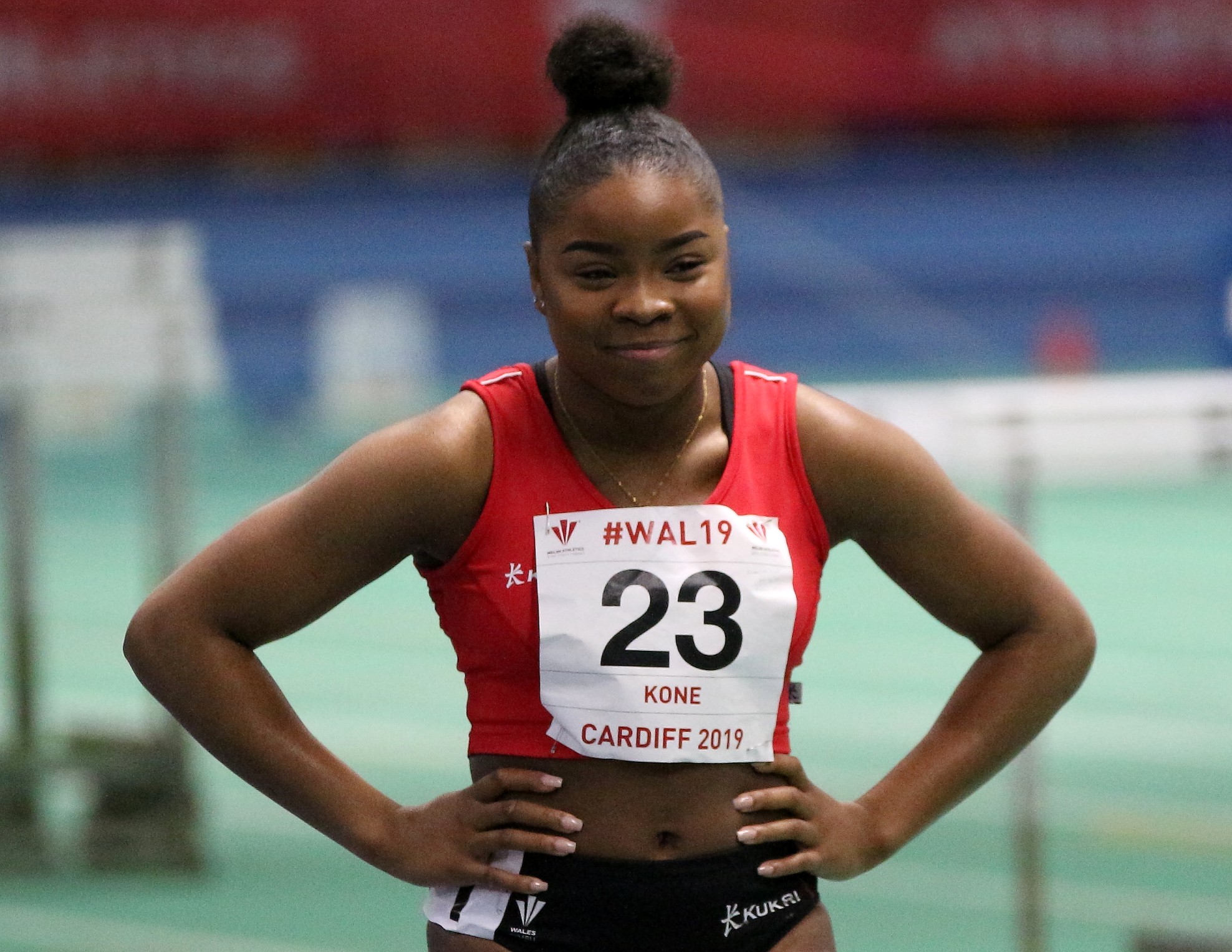 Cardiff sprinter Emanuella Kone, who won the England Athletics Indoor Age Group Championships Under-17 title in a new PB of 7.67 in February.

Athletics fans will get the chance to see the next wave of emerging Welsh talent take on the rest of Britain’s best at the annual under-20s international match in Cardiff this Wednesday evening.

With Jeremiah Azu, James Tomlinson, Sarah Omoregie and Remi Adebiyi all having reached their finals while representing Great Britain at last week’s European Under-20 Athletics Championships, Wednesday will provide a stage for those Welsh athletes snapping at their heels.

The match will see a Wales Under-20 team and Wales Schools select take on the three English regions, Scotland, Northern Ireland and Guernsey.

Among those pulling on the red vest on Wednesday will be Welsh Senior Javelin Champion Bethan Rees, of Birchfield Harriers.

Joining Rees on the javelin runway will be Andover’s Tom Hewson, who earlier this month broke the 70m barrier for the first time when he threw 70.80m to win the English Schools Championship in Birmingham.

The Welsh schools team will feature the likes of Cardiff sprinter Emanuella Kone who won the England Athletics Indoor Age Group Championships Under-17 title in a new PB of 7.67 back in February.

As well as the international match, the meeting will host both the men’s and women’s Senior Welsh 3,000m Championship races.

The action at the Cardiff International Sports Campus in Leckwith gets underway at 4pm with the hammer.

For more information go to the Welsh Athletics website.