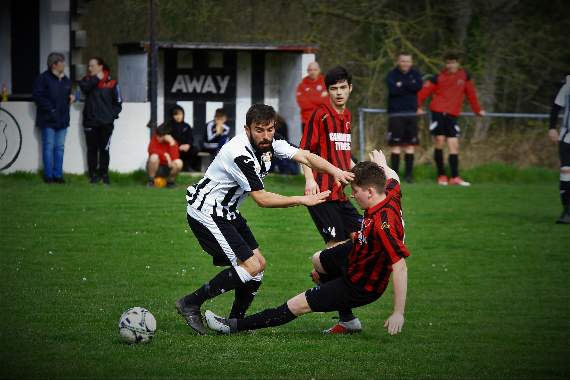 Penparcau have been placed in the new North East division. Pic: Chris Howells.

The latest stage of the Football Association of Wales’ pyramid restructure was met with mixed reaction after the new third tier was officially unveiled.

A statement released by the FAW confirmed the alignment of the still yet-to-be-named league that will serve as a feeder league to the Cymru North and Cymru South and will sit above the new Tier 4 regional leagues.

A total of 64 teams were selected from a hopeful pool of 75 clubs, who satisfied Tier 3 requirements. Among those to miss out completely are former Welsh League champions Aberdare Town, who must now compete in Tier 4, despite earning a certificate.

The successfully selected clubs will compete across four geographically-named divisions of 16 teams – although, some might argue that would appear to have been the extent of the geographical influence.

At first glance, some of the decisions around club placement do indeed seem particularly odd.

Saltney Town, (bordering Cheshire) and Brymbo, Brickfield Rangers, Llay Welfare and Rhostyllen (all on the outskirts of Wrexham) have all been assigned to the North West Division, whilst Penparcau and Bow Street (both outside Aberystwyth) were bemusingly placed in the North East Division.

With no explanation behind the FAW’s decision-making process other than being ‘based on sporting merit and geographical location’, a clearer picture begins to emerge when the placing of the clubs in context of each division is considered.

Also, link to a dynamic version with team names: https://t.co/vhH0IL4b0v

And, in fairness to the FAW, the respective South West and South East Leagues do seem more clearly defined.

Rhayader Town and Llandrindod Wells are slightly misplaced in the South East but this does allow for flexibility when new teams come into Tier 3 in forthcoming seasons and those clubs could potentially find themselves realigned over time.

The decision to name the four divisions geographically creates unnecessary confusion which could have been avoided by giving the divisions more suitable alternative titles.

With the official Tier 3 naming yet to be confirmed, is it not too late for the FAW to take a similar approach to the naming North American conferences and name the divisions after former players from those regions?

How about the Mitch Patton Division for the South West League, anyone?

At the least it would capture the imagination of the participating clubs and fans and allow for some positive PR and coverage – something yesterday’s unhelpful Tier 3 announcement failed to achieve.