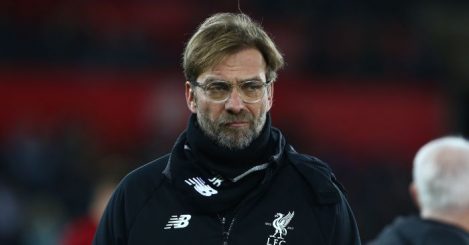 Newport County have had a two-week break from League Two fixtures and now travel to play relegation battlers Yeovil Town on Saturday.

The Exiles still have hopes of qualifying for the play-offs and manager Michale Flynn is taking inspiration from Liverpool manager Jurgen Klopp.

Flynn spent time with Klopp at Liverpool’s training ground this week and described it as an ‘unbelievable experience’.

Flynn was given an audience with Reds manager Jurgen Klopp and his players at training earlier this week after an invitation from a personal friend.

“You don’t get any time off as a manager and I’m always looking to improve,” said Flynn.

“I was very, very fortunate that I was allowed up there and it was a fantastic experience getting to speak to Jurgen Klopp afterwards, who treated me exceptionally well.

“Look, it was a surreal experience especially being a Liverpool fan, but it was just good to see the top professionals and how they do it day in day out.

“You don’t often get the chance to see them train and it was an unbelievable experience.

“The opportunity came about through my friend who is the first-team coach there – Pepijn Lijnders – we did our coaching badges together.

“We always keep in contact and he’s a fantastic coach. I’ve seen Pepijn coach many times but seeing him in his environment – not just on the coaching course – he’s one of the best I’ve seen coaching wise.”

“Jurgen was very complimentary and full of respect and class. Again, you see that with the top managers.

“Mauricio Pochettino was class, Pep Guardiola was class and Jurgen Klopp has been class, albeit in a different circumstance where this was training.

“They’re at the top for a reason. The way they treat their players made it a very, very good experience for me where I learnt one or two things.

Flynn is focused on County’s match at Yeovil, a team desperate for points in their battle to stave off relegation to non-League football.

Newport have nine League Two matches left and Flynn says: “We have a lot to play for if we can get a couple of wins.

“Yeovil are fighting for their lives, so it’ll be a tough game.”

The gap to Exeter City and Forest Green Rovers in the final play-off spots currently stands at nine points but the Exiles do have games in hand.

Flynn talked about the sad news that defender Fraser Franks has been forced to retire on medical advice.

“It’s an unfortunate situation that I’ve never been involved in either as a player or a manager,” said Flynn.

“It’s not the easiest thing that to deal with, but we’ll be there to support Fraser and help him on his road to deciding what he wants to do in the future.

“The club are doing that extremely well and it goes to show what kind of group we are that the boys paid for him and his wife to go on holiday to Tenerife.

“That’s the kind of community spirit that we have at this football club.

“It shows the kind of atmosphere I try to bring to the club and credit to the boys, I didn’t recommend it and they came up with the idea their selves.

“It’s a great gesture from them.”

Newport have sent Tyler Forbes put on loan to Salford City and Flynn says: “Tyler has been unfortunate with injuries, while Regan [Poole] has come in and done exceptionally well.

“I thought it was right for Tyler that he had the chance to get something for next season and be part of a squad going for promotion.

“It also gave him the opportunity to go closer to home. He’s got a young family who he misses, and it could kickstart his season.”