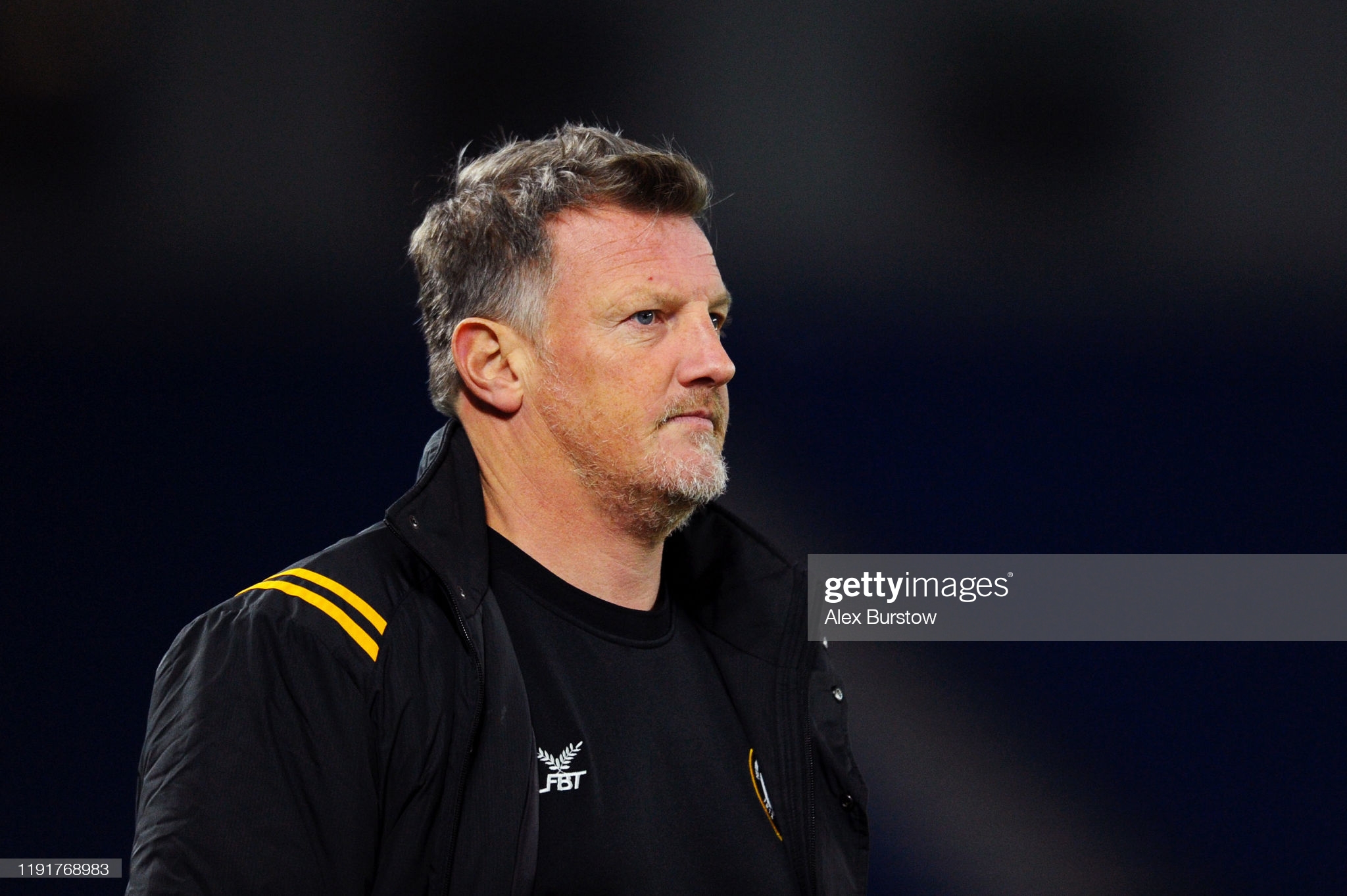 Newport County coach Wayne Hatswell says the Exiles have a big week ahead of them as they look to get back to winning ways against Tranmere on Saturday before hosting Premier League Southampton in the Carabao Cup on Wednesday.

The assistant manager is on stand by to take charge of the team this weekend as Michael Flynn is currently awaiting the results of a coronavirus test after having symptoms in the recent days.

If Flynn receives a negative result in time, he will make his own way up to Tranmere ahead of kick-off.

“It will not be any different,” said Hatswell.

“I want the best for the team if he is not there.

“That is why he trusts me to do it.

“I will give it my best as I always do, it’s in good hands.”

Tranmere will be Newport’s fourth successive game on the road due to the Rodney Parade pitch being re-laid.

Hatswell was quick to praise the fans for their support during these difficult circumstances.

“It’s important to remember they’ve had some long journeys as well as us,” explained Hatswell.

“It took over five hours for the supporters coach to get up to Oldham a couple of weeks ago.

“We then had a long trip to Ipswich and it was unbelievable to see so many of our supporters there.

“It feels relentless for us, let alone the fans.

“I know a lot of the Newport fans like their away trips.

“They’ve had some good ones in the past and hopefully they will enjoy many more in the future.”

Hatswell insisted that his players are not distracted by their midweek cup tie and he has ‘high hopes’ of a return to action for both Matty Dolan and Mickey Demetriou.

“We have played half the Premier League now, they have just got used to it! They just carry on as normal,” he said.

“Tranmere is a massively important game for us, but we know it is a big week as well. But you can only deal with the next game.

“We know we have a tough game on Saturday, we want to put that defeat behind us and get a positive display and hopefully a positive result.”