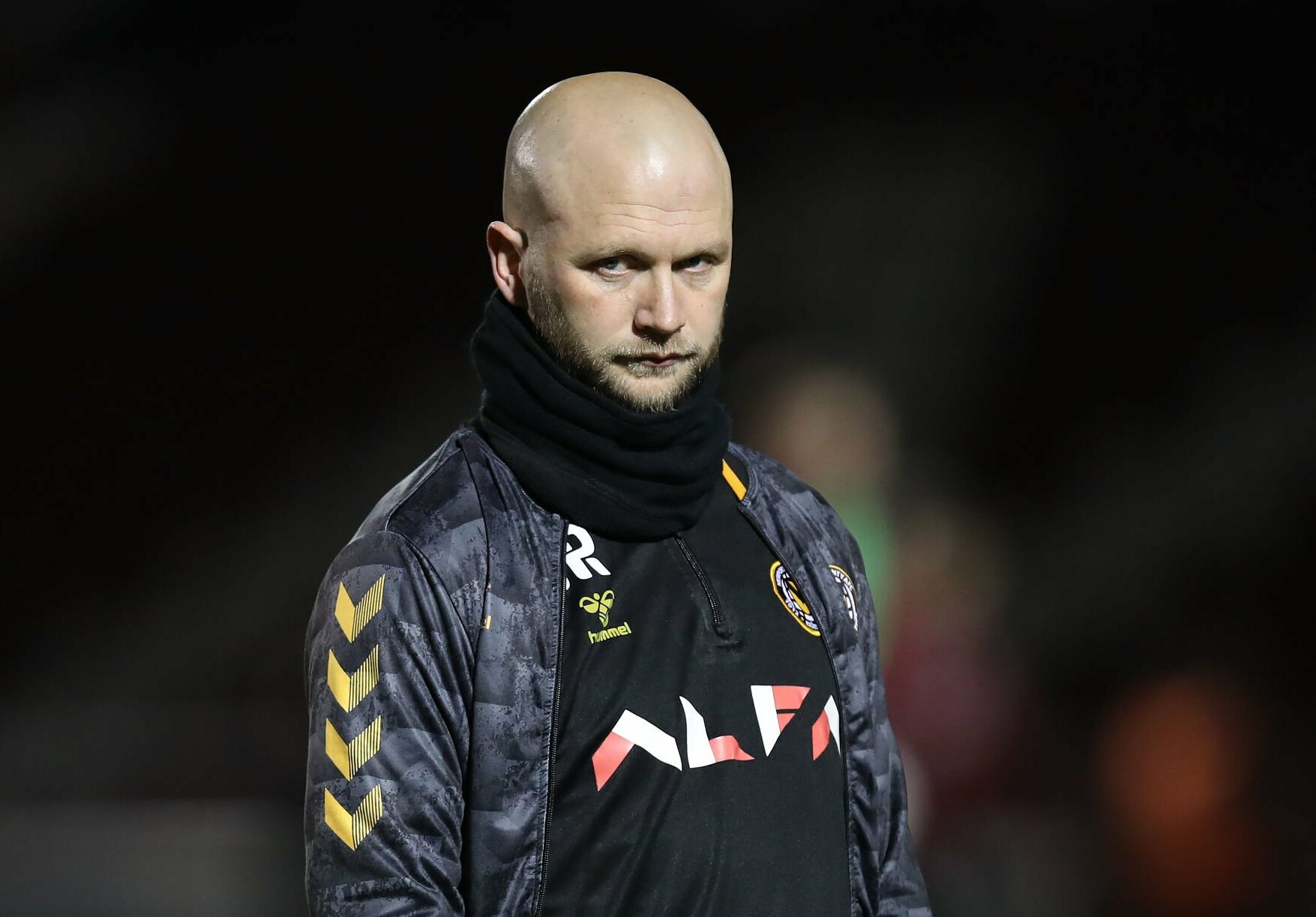 James Rowberry has admitted his Newport County side must go to Sutton United on Easter Monday and get something to revive their flagging promotion bid.

Having lost for a third time in a row at Rodney Parade, the County boss is hoping the club’s recent away record can continue to help them get back into the play-off places.

Sutton are one place and one point above County and have a game in hand.

The damage done by the 2-1 defeat to Crawley Town on Good Friday certainly isn’t terminal to Newport’s play-off hopes.

They are only one point off the top seven, but time is starting to run out with only four games to go.

It is the proverbial ‘squeaky bum’ time for the players and fans, although Rowberry is at least exuding calm as he tries to navigate his way through the most intense and pressurised period of his fledgling managerial career.

“We just need to focus on the game and getting things right. We want to try to win every game and we’ve got to go to Sutton and get a result,” said Rowberry.

“We are eighth with four games to go. I said to the lads in the changing room that if you had said to me in October 20, when we were 13th or 14th, that we would be in with a chance of getting into the play-offs, I would have taken it all day long.

“We have to continue our belief in what we are doing. Teams are paying us a lot more respect for where we are and what we’ve done.

“We are going to have to defend our box better than we have done, and we will. If we take it to the Rochdale game then I think we will have done remarkably well.

“Of course, you’d like to get it done quicker, but I’m fully confident in my group. We need to focus on getting things right at Sutton.”

Rochdale will be the last game of the season and it will be at Rodney Parade.

There is also a home game against Colchester and an away trip to fellow promotion candidates Port Vale to come before the Rochdale clash.

Injuries have conspired against Rowberry at exactly the wrong time of the season and the loss of Oli Cooper has been a big blow.

How important could this goal prove to be come the end of the season?

What an assist from @D_ajiboyee and calm as you like finish from Richie Bennett pic.twitter.com/xC0KuhE1Ox

Courtney Baker-Richardson is back to full fitness up front, but neither he nor strike partner Dom Telford has been able to produce a goal since 26 February.

If the magic can return for them, and they can add to the 32 league goals they have already plundered this season, then Rowberry might well be able to sneak into the play-offs and get the chance to re-set for a final push for promotion glory.

Having picked up 10 out of a possible 12 points in their last four away games, including back-to-back clean sheets, Rowberry will rightfully travel to Sutton confident of getting a positive reaction from his players.

“Crawley came to Newport and played freely. They were playing for their places next season under new owners and we didn’t start particularly well and didn’t cope with it,” he said.

“None of our injured players are going to be available and with two games in such a short space of time we will have to make changes. We know we have to go to Sutton and get a positive result.

“Matt Gray has done a remarkable job at the club. They have come up from the Conference, he’s got them into a final and now they are fighting for a place in the play-offs.

“We will pay them the respect they deserve, but we’ll be travelling on the back of successive clean sheets away from home.

“I was calm after the Crawley game because I wanted a reaction after the first half and we got that.

“We need to be better in key moments, but I know it is there. It is just waiting for it to come through – sooner rather than later.”