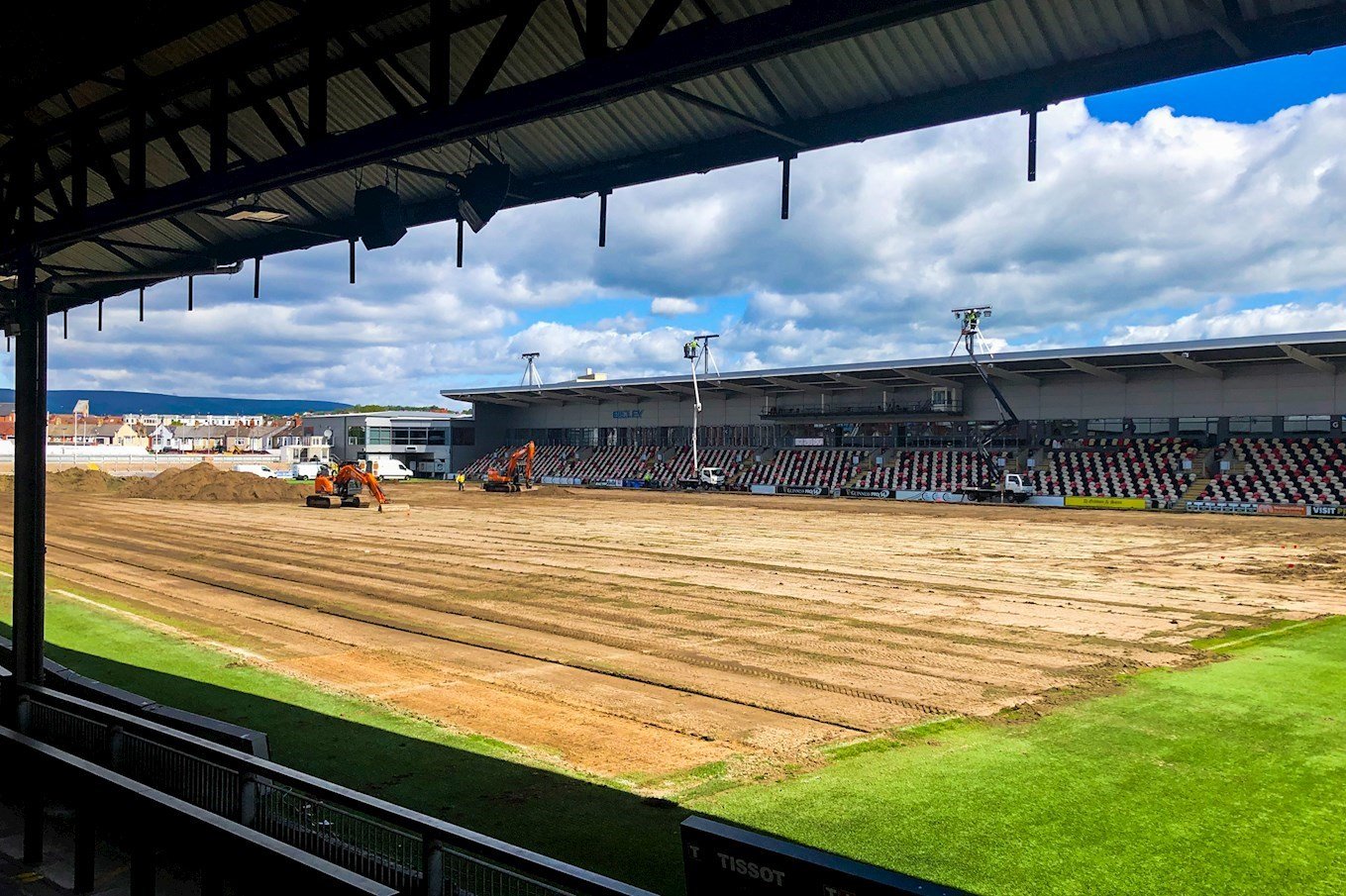 It may be the start of a new season for Newport County but once again the Rodney Parade pitch is not making things easy for Michael Flynn’s men.

The playing surface is currently being re-laid at Rodney Parade and the work is taking longer than first planned.

County now as a result face at least five consecutive away matches when also taking into account their League Cup match against Ipswich.

Ever since the Exiles moved to Rodney Parade they have faced issues with the pitch and last season they were forced to play two matches at the Cardiff City Stadium.

Newport were expected to play their first home game on the 17th August against Northampton but this fixture is now being rearranged.

“The 17th is off,” said a frustrated Michael Flynn.

“I don’t know any other team that’s had an obstacle like this as often as we have.

“It’s going to be extremely tough, we are now facing four of the five favourites for the league in successive away matches.

“We’ve got to do a lot of travelling in a short space of time so we’ve got to be very careful with injuries.

“It’s not ideal as every one of these games is a long trip up north for us, we’ve got to go to the likes of Oldham, Mansfield, Tranmere and Salford during this period.”

Flynn however will have a new pitch to look forward to off the back of the work and this may benefit his side on the pitch.

“The pitch cost us in the league last season more than any other, in cup games it’s so bad as it gives us a bit of an advantage but in the league it definitely doesn’t help.”

Newly appointed captain Matty Dolan is looking at the situation positively and believes his side are up to the challenge.

“If we can get through this very tough period of away matches with a good return of points then that will set us up nicely for the rest of the season and will make our homecoming even more special.”