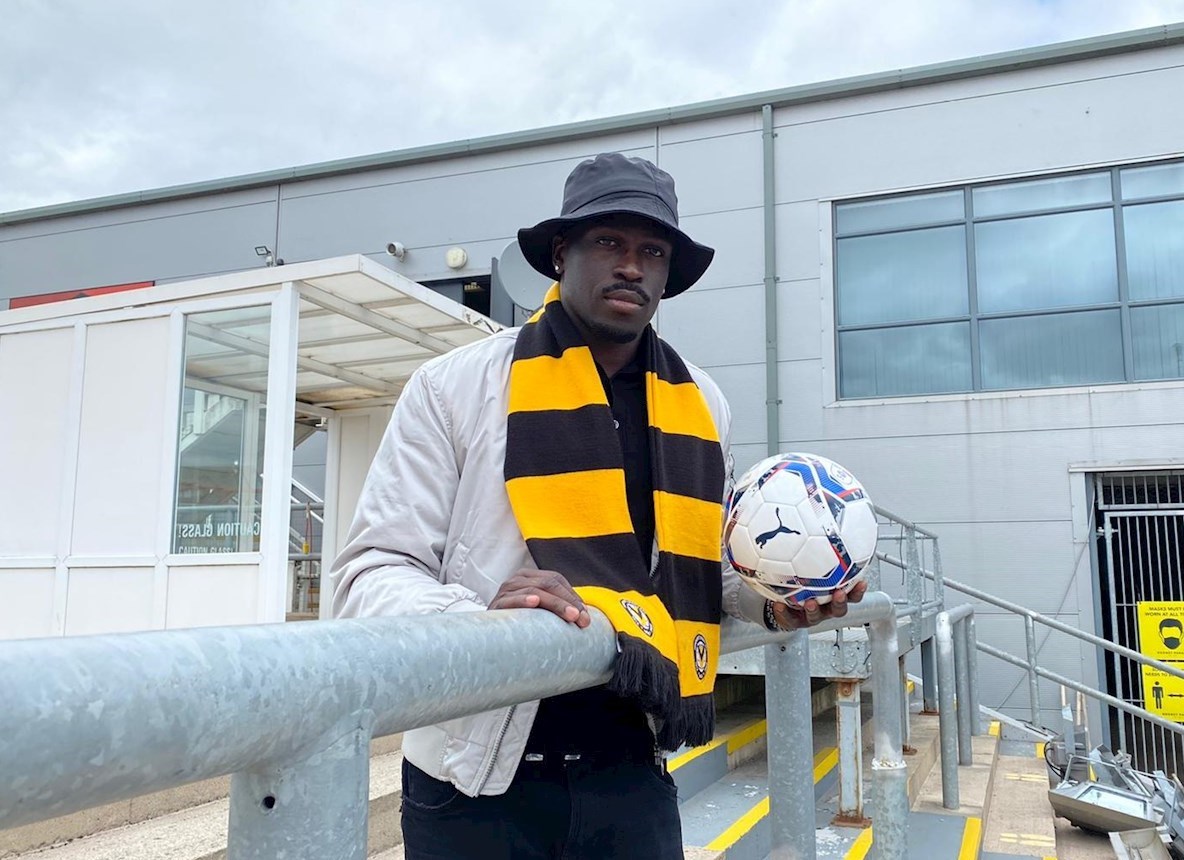 The difficult task of replacing Josh Sheehan and Joss Labadie at the heart of the Newport County midfield next season is now starting to take shape.

Manager, Michael Flynn will be hoping that Congolese international Christopher Missilou is the man to fill that void.

The 28-year-old has signed a one-year deal earlier this month after being among 13 players let go by relegated Swindon Town and will bring with him a wealth of Football League, as well as current international, experience to Rodney Parade.

He took his Congo cap tally to three earlier this year and is in line to play in the World Cup qualifying matches between September and November this year after featuring in the friendly win over Niger last month. That could curtail his availability in the first half of the season.

“Chris is a strong addition to our midfield and is a player who has plenty of experience in League One and Two. He’s got more than 100 games under his belt, so he knows all about this division and what it takes to play higher up too,” said Flynn.

“I’m pleased that we’ve got another player in during pre-season. There are only a few weeks to go before it all gets back under way.”

The French-born player launched his career with hometown team Auxerre. He spent eight years at the club, climbing through the ranks to make his Ligue 1 debut. He played for France at the U17 European Championships in Germany in 2009 and won more caps at U18 level.

He later went on to play for fellow French clubs Évry, Montceau Bourgogne, Entente SSG, and Le Puy, before making the move to England in the 2018 when he joined the Oldham Athletic managed at the time by Paul Scholes.

Since then he has gone on to make 115 competitive appearances for three different clubs – Oldham, Northampton Town and Swindon Town – during his time in the Football League

“I’m a high energy player that will bring a lot of experience. I’m coming into the team with the ambition to score goals and get that promotion to League One,” said Missilou.

“I’ve played against Newport two years ago and they’re a very difficult side to beat, so I’m excited to start playing. I can bring my experience to the team as I’ve had multiple years playing in both League One and Two,” said Missilou.

“I kept an eye on the Newport results last season and noticed their position in the League. I know they’re a good team and they’ve made a lot of changes in the past few years.”