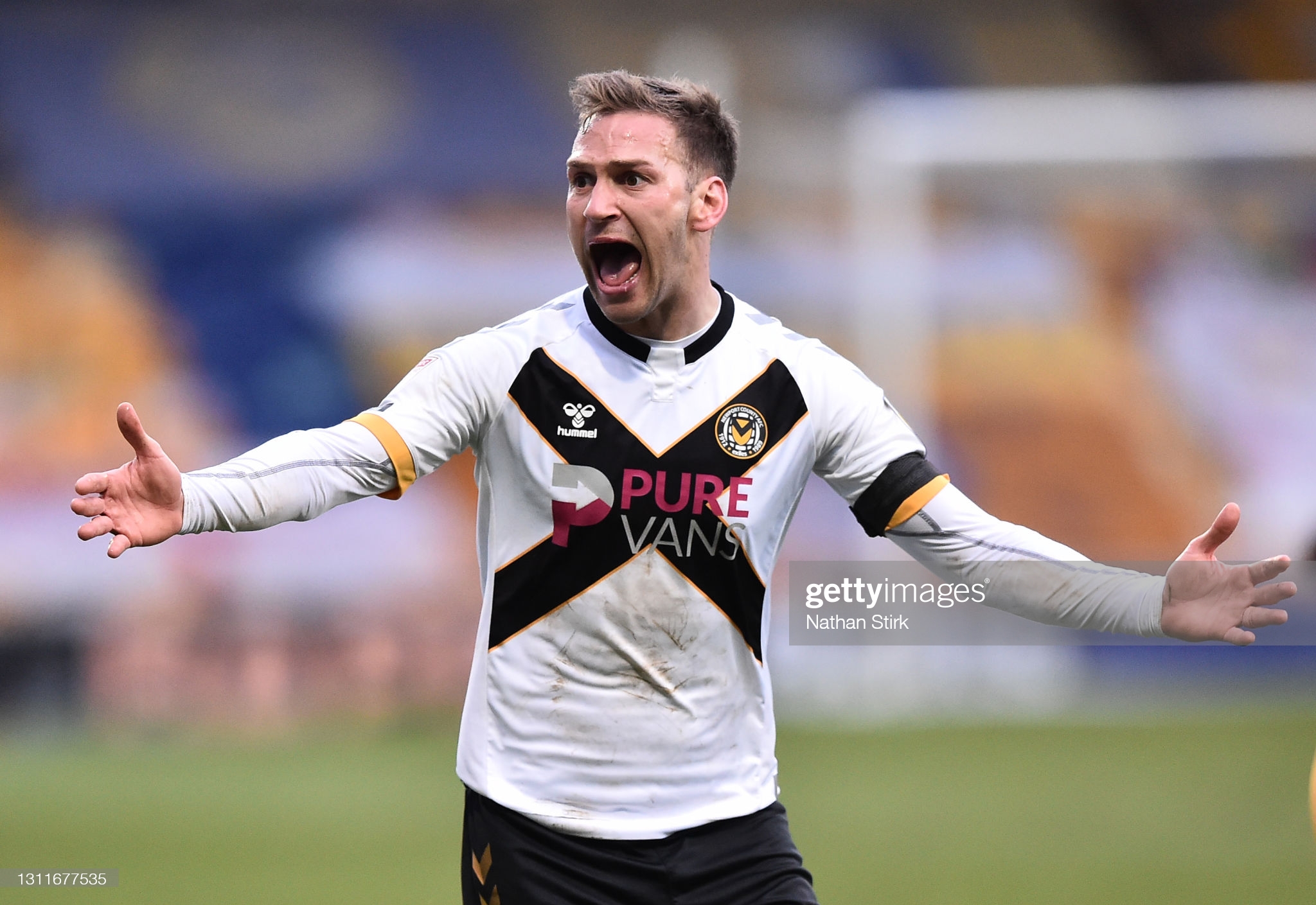 The pressure is on, but there is no panic in the ranks at Newport County according to Mickey Demetriou as the battle for the play-offs comes down to three games.

Scunthorpe United arrive at Rodney Parade tonight with the home side – currently in the final play-off spot of seventh – seeking the first of three wins to end their regular campaign to ensure they can extend their season into the play-offs once again.

Last weekend’s goal less draw at Exeter maintained the three point gap between them and County, but the win by Salford City moved them to within a point of seventh place and turned them into the biggest threat.

“We know that Salford have closed the gap, but if we do our job then it doesn’t matter what anyone else does,” said Demetriou.

“We know what we have to do and there is no need for us to panic. We are in a better position now than we were when we got into the play-offs two seasons ago and we learned from that experience.

“We are in it and we have to try to stay in it. If we drop points then we just have to go again in the next game.”

Scunthorpe will be followed by top of the table Cheltenham on Saturday at Rodney Parade making it a massive week for Michael Flynn’s side.

The final throw of the dice will be at Southend on Saturday, 8 May.

The Iron are still fighting to remain in League Two and can’t afford any slip ups in their run-in. They will make the long trip to Newport this evening having won only once in their last 13 games, their last victory being a 1- 0 triumph at second placed Cambridge United on 2 March.

Neil Cox’s men found themselves being dragged into a late relegation battle after suffering their fourth straight defeat against Walsall.

Two goals inside the opening 25 minutes saw them lose 2-0 in a game in which they failed to get a shot on target.

County have been creating chances, but not scoring enough goals. The game at St James’ Park last weekend was the third time in their last four outings they failed to score and they have only scored nine times in their last 10 games.

“I’d be more worried if we weren’t creating chances, but we do need to make a bit more of them when they come along,” added Demetriou.

Flynn will have to decide whether or not to go with the same line-up for a third consecutive game tonight.

Matty Dolan is fit to resume and Priestley Farquharson could also make a welcome return this week to add to his defensive options.