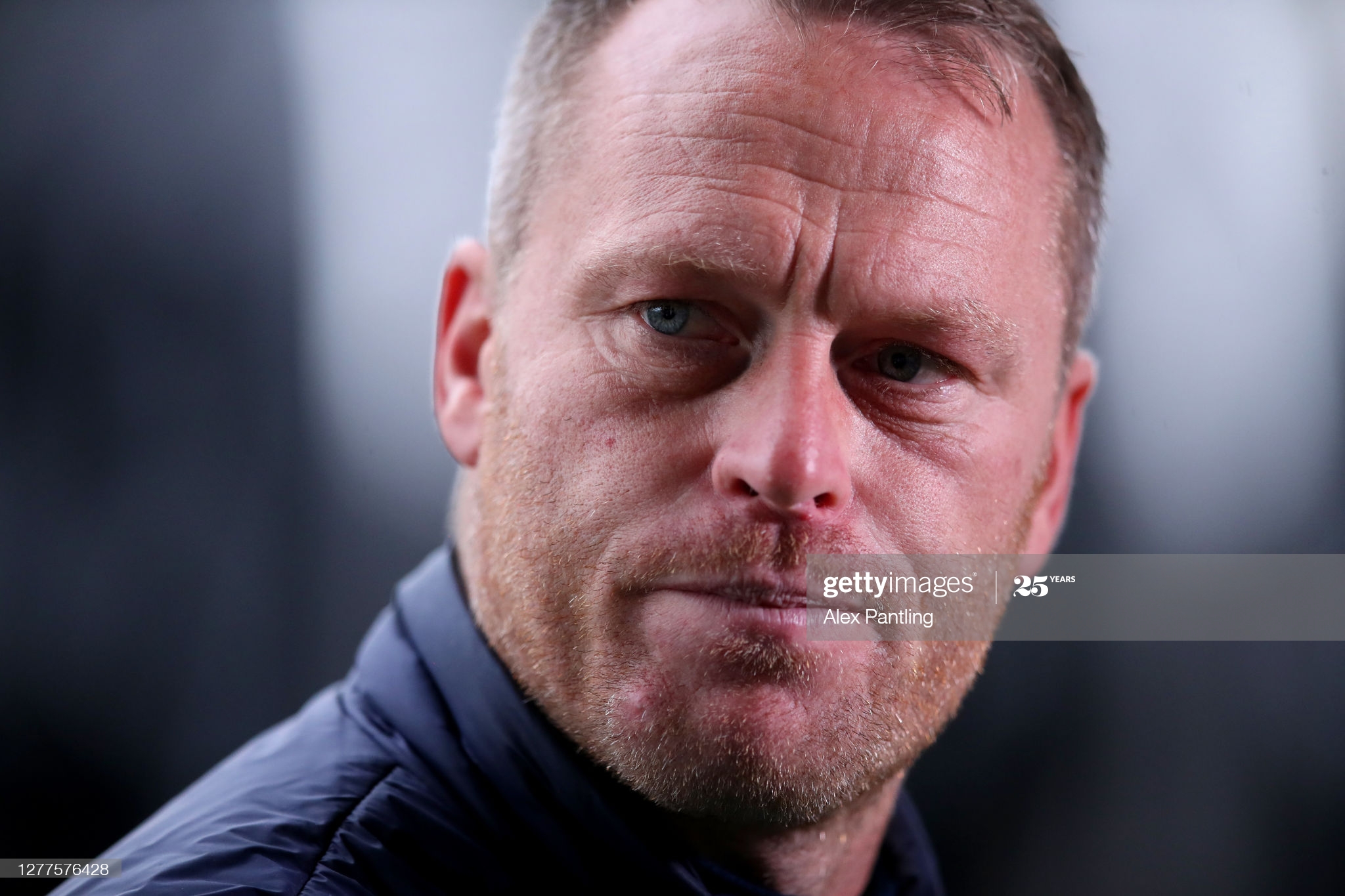 The Exiles boss was unhappy with the performance of referee Anthony Backhouse saying his side were also denied a penalty at Rodney Parade.

Sheehan was sent off forcing County to play the last 30 minutes with ten men though they are still level on points at the top of League Two.

“I don’t think he gives anything right all game. He said he’s above the ankle and excessive force,” said Flyy of Sheehan’s tackle on Ash Hunter.

“So, if it’s a red card, I think football is in trouble. Well, you might as well say anything you go to the floor then it’s illegal.

There were few chances in the game with both teams struggling to create anything with the most entertaining action coming after the sending off.

But Flynn also believes that his team should have been awarded a penalty in added time as Mickey Demetriou went down in the box but was waved away by the referee.

“We wasn’t good enough first half, I think after the first 10-15 minutes, Salford got on top a lot a little bit without creating anything, they were first to second balls,” added Flynn.

“Their decision making on the pitch was better. You know, they were making our defenders turn, whereas we were under hitting stuff and getting caught in between whether to play and whether to play the condition.

A huge factor of the game was the condition of the pitch as it wasn’t the best playing surface for free-flowing football.

Earlier in the first half Ryan Hanes went off early due to a head injury, but  Flynn believes that there was more than a collision and the referee didn’t make the right decision.

He added: “Yeah, it’s another elbow and forearm to the head. Referee didn’t give a free-kick, look at ourselves first.

“We weren’t good enough. First. I’ll take that on the chin, but that level of officiating performance today was way, way, way below the standard required for a professional league in English football.”

Despite his opinions of the referee’s decisions, Flynn felt that his players did well after the sending off.

“When you play with 10 men and you finish the way we did this, you know it’s encouraging,” added the Exiles chief.

“In the last half hour, I can’t fault them the amount of running, togetherness and desire to keep that clean sheet was unbelievable.”

Newport are second on goal difference to Carlisle – whose game at Mansfield was postponed – and now face sixth-placed Cheltenham Town on Tuesday.

“Expected to be a very very tough game,” said Flynn. “They had a tough trip today. It’s going to be a tough game end of.

“There’s not going to be an easy game to the end of the season. So, anybody who thinks otherwise, they better cool off.”