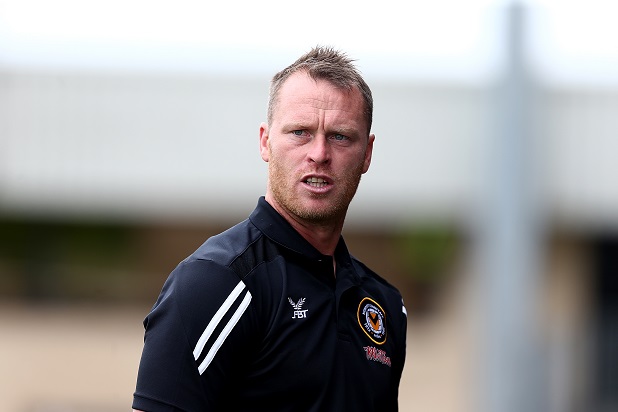 Newport County were able to take some cold comfort from the few games that were played in League Two last weekend as they bid to get their own promotion campaign re-heated on Tuesday night at home to Exeter City.

The weather forced Michael Flynn’s side to sit out their trip to Port Vale, but at least gave them a chance to regroup after the 1-0 home defeat to bottom of the table Southend and prepare for a massive week.

When you consider manager Flynn’s side has picked up a paltry seven points from a possible 30 in their last 10 games yet are still in fifth place, it shows what an amazing first half to the season they had.

The question is, can they get back to those levels when they welcome seventh-placed Exeter to Rodney Parade followed by second-placed Forest Green at the weekend.

There are a mere eight points separating the top nine teams in what is the most competitive of all the top four leagues in English football this season.

County are six points behind Cambridge, but have three games in hand, while eighth-placed Carlisle are seven points back with six games in hand.

After back-to-back home games against the bottom two teams in the league, Flynn is now preparing for two crucial fixtures against promotion rivals.

“We’ve got 20 left to play, 11 of which are at home, and the challenge is to win almost half of them,” said Flynn.

“I was really proud of the way they dug in against Grimsby to get the win and had we taken our chances against Southend we would have won that one as well. That could have taken us up to second in the table.

“I’m not thinking about losing the next three games, I’m thinking about what we do when we win them. If we can do that then everyone will be saying ‘Newport are back on it, now we’ve got to worry about them’.

“But I’m `100% confident we are still good enough to compete for a play-off place at worst.”

As well as having to face two top teams this week, County will also have to tackle the vagaries of the Rodney parade pitch.

It should be better tonight than it was last week, but Saturday against Forest Green is likely to be a lottery once more after the Dragons’ rugby team churn it up on Friday night.

“There is no point in looking at the pitch or the weather because there is another Dragons game on Friday night ahead of the game against Forest Green,” added Flynn.

“It is hard because they are footballers and their natural instinct is to get the ball down and pass it. We did a session before the Grimsby game where we had to show the players how it was going to be.

“That was hard, especially for those who had never played at Rodney Parade before. It was a rude awakening for them.

“We still have two players suspended, but at least everybody else is fit. We’re facing two tough teams this week.

“Although slightly different in the way they play, what they have both been able to do is keep a consistent team together.

“It was all doom and gloom around the two of them a few weeks ago, but they have proved that as soon as you get a little bit of confidence back, and you go on a little run, you can still be there or thereabouts.”