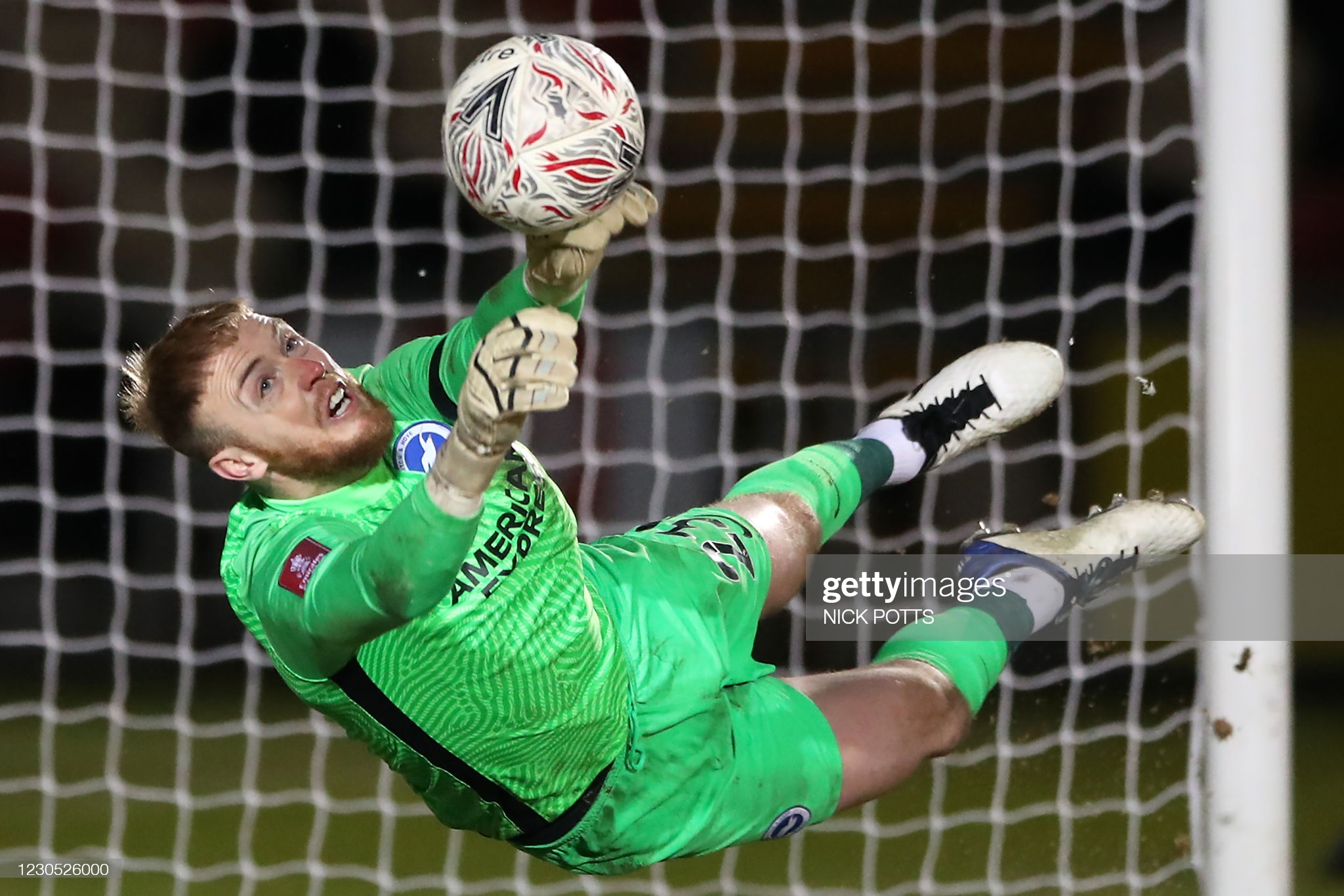 Michael Flynn has told his Newport County players to forget their heartbreaking FA Cup exit – and concentrate on “26 Cup finals” that lay ahead of them.

The County manager was proud of his team’s battling performance against Premier League Brighton that lasted for two hours before the sides were finally separated in a penalty shoot-out.

Brighton eventually won close to 11pm on a Sunday night – 4-3 on penalties after 120 minutes of football on a difficult Rodney Parade surface had produced a 1-1 draw.

Seagulls goalkeeper Jason Steele made four saves in the shoot-out before defender Adam Webster – who had scored an unfortunate own goal in the final seconds of normal time – stroked home the decisive penalty.

I’m really proud, the work rate was exceptional,” said Flynn about his League Two fighters who came close to adding another chapter to their proud Cup history.

“They stuck together and we’ve taken another Premier League team to penalties. We practice penalties and we didn’t miss one. It’s a little frustrating but we’ve got to give their goalkeeper some credit as well.

“Two of those penalty saves were unbelievable, they were of the highest class.

“We’ve got 26 games left, 26 cup finals, and we’ve got to make sure we’ve got something at the end of it after the promise we’ve shown.”

Newport currently lay second in League Two, having led the division for so long, but still have a game in hand on leaders Carlisle and are only a point behind.

But the drawn game against Brighton means the Exiles have not won in five matches and they will be desperate to pick up points when they host Salford on Saturday.

They then have two crunch away games at Cheltenham and Oldham before a table-topping clash at home to Carlisle.

At least they should feel uplifted before that sequence by a brave showing that won the admiration of Brighton’s former Swansea City boss Graham Potter.

“Traumatic as well as dramatic is what I’d call it,” Potter said.

“Newport showed all their battling qualities and full credit to them for that. We knew it was going to be a difficult tie and they didn’t disappoint us.

“We should have won it and seen it out at the end of 90 minutes, but that’s the way it goes sometimes.”

Solly March put Brighton ahead from the edge of the area with the clock counting down to 90 minutes and only 10 seconds of normal time remaining.

But Newport levelled in the sixth minute of stoppage time when Steele let Liam Shephard’s cross slip through his grasp and Webster could not get out of the way.

Steele was making only his fourth appearance of the season and looked as if he would be the Brighton villain, but he was ultimately the shoot-out hero.

“If a goalkeeper makes four penalty saves and you don’t get through then I would have been scratching my head a little bit,” Potter said.

“But I’m pleased for Jason because he’s been fantastic for us. He’s supported the players when he’s not been in the team.

“He’ll be disappointed with the goal but I thought he did really well.”

The Exiles were themselves indebted to some fine goalkeeping from Tom King, who has spent most of the season on the bench with Nick Townsend the County number one.

King made superb saves to deny Andy Zeqiri and Lewis Dunk and produced two saves in the shoot-out himself to give Newport hope of another cup upset.

But Padraig Amond failed to take two chances which could have seen Newport repeat their FA Cup wins over Leeds, Leicester and Middlesbrough in recent seasons.

Brighton keeper Steele said: “I feel like I performed quite well in the game but I made an error and that’s the life of a goalkeeper.

“You can play well and make an error and you get punished. It’s as simple as that.

“We’ve qualified and that’s the main objective. I’m a perfectionist and I like to my job well. I did it for 89 minutes and I had one lapse of judgement which nearly cost the team. Luckily I dug myself out.”