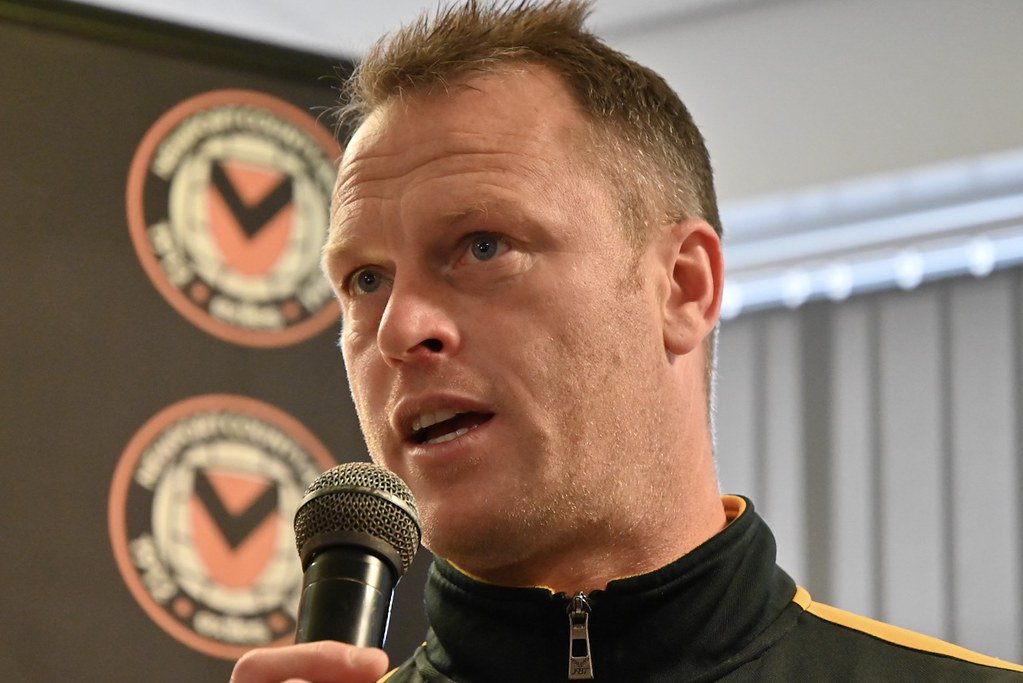 Newport County earned an away point at Cambridge United in the face of adversity.

They were rocks by a series of problems before battling to a goalless draw.

Blow number one: Ordered pre-match food was not delivered and the team coach had to stop at Reading Services on the way to the Abbey Stadium and arrived late.

Blow number two: Captain Joss Labadie was too late to hand in the team sheet at 1.45pm and Ryan Haynes, who travelled separately, took the armband.

Haynes, who was not in the matchday 18, led the team out, represented County at the coin toss and then handed the armband to Labadie.

Manager Michael Flynn revealed ‘there was a big admin error by the club. The wrong forms were lodged and last week’s suspension didn’t count which meant he missed this game.

‘I picked my team and dropped Kyle Howkins. O’Brien was starting.”

Blow number four: County were forced to wear a new white kit because their change strips are yet to arrive from the manufacturers.

Overall, though, Flynn felt a second successive draw in wind and rain was a reasonable result.

“I’m not too concerned,” said Flynn. “We played at Mansfield and should have won, while we had the better chances against Cambridge in difficult conditions.

“You can see the boys were misjudging where the ball was landing, putting too much on a pass, not putting enough on a pass. It did affect them.

“I felt we should have had a penalty for a foul on Jamille (Matt), but I’m a little bit further away than the referee so I’m going to trust his judgement.

“We are unbeaten after two solid draws and it’s been a solid start to the season.”

County now turn to their midweek Carabao Cup fixture against Gillingham in Kent on Tuesday.

Flynn kept faith in the matchday squad which performed so well for the majority of the fixture against Mansfield, again starting in a 4-1-2-1-2 formation.

County were looking for a seventh successive win against Cambridge, but this time the teams earned a point apiece.