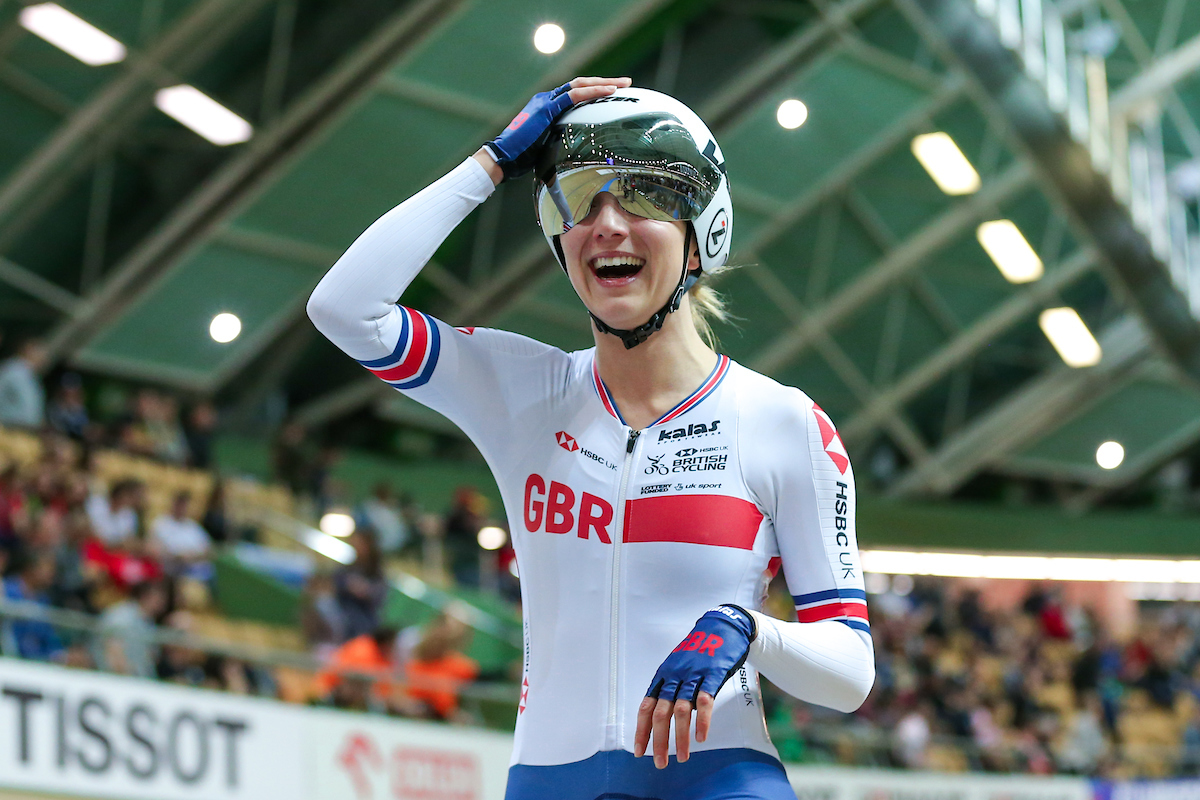 The Geraint Thomas National Velodrome of Wales at Newport will stage the first round of the inaugural UCI Track Cycling Nations’ Cup.

The event – which will take place from 22-25 April 2021 – will be the first elite-level international track cycling event to be held at the since velodrome since 2013.

And the event – which will be delivered in partnership with UK Sport, Welsh Government and Newport Live – will be a vital landmark in the GB cycling’s team’s preparations for the Tokyo Olympics next summer.

Welsh Cycling Chief Executive, Anne Adams-King, said: “We are thrilled that the UCI Track Cycling Nations’ Cup will be coming to Wales and the Geraint Thomas National Velodrome of Wales.

“It is going to be a great opportunity for our elite Welsh track riders to get the chance to compete against some of the top track cyclists in the world in Newport.

“Newport is an area we have been working hard in to increase participation in the sport across all disciplines. We want the event to be a catalyst to help inspire more young people into cycling and track cycling across Wales.”

Cycling fans across the world will have the opportunity to watch the event from home, with further details to be confirmed over the coming months, however at this stage it is not expected that the event will be ticketed due to the continuing restrictions on spectating in elite sport.

The launch of the UCI Track Cycling Nations’ Cup series follows a restructure of the international track cycling calendar by the UCI, the sport’s worldwide governing body.

Taking place between March and September, the three-round series will take place over three continents, and will be followed by the 2021 UCI Track Cycling World Championships, which will take place in Ashgabat, Turkmenistan, from 13–17 October 2021.

British Cycling’s Business Services Director, Rod Findlay, said: “Due to the international calendar restructure it will be over a year since our riders last donned the GB Cycling Team colours on the track, and coming just two months before Tokyo the event will be a great indicator of the squad’s preparedness for the Games.

“While the Newport velodrome will be new territory for the majority of the international riders competing, for many of those representing Great Britain it holds fond memories of previous Olympic Games, as it has been the squad’s traditional holding camp base.

“Given the continued uncertainty around Covid-19 we are incredibly thankful to UK Sport, Welsh Government and Newport Live for providing us with opportunity to compete on home soil once again at such a vital point of the Olympic cycle.

“The venue does fantastic work to provide opportunities for young riders in Wales to discover track cycling all year round, which is a vital part of our ambition to nurture a new generation of track cyclists at velodromes across the UK and through our club network and talent pathway.”

John Harrhy, Chairman of Newport Live, said: “We are delighted to bring the first round of the UCI Track Cycling Nations’ Cup to Wales’ only indoor velodrome and to welcome back international track cyclists to Newport.

“It is fantastic to have such a high-profile track cycling event here in Newport and to put cycling in the city on the international stage once again.”

Councillor Jane Mudd, Leader of Newport City Council, said: “This is fantastic news for the city and will once again shine a spotlight on Newport and the Geraint Thomas National Velodrome as a place to see world-class sports people.

“Many residents remember the thrill of seeing top cyclists in action before the last Olympics and Paralympics. I’m sure they, and others around the world, will tune in for this exciting event.”