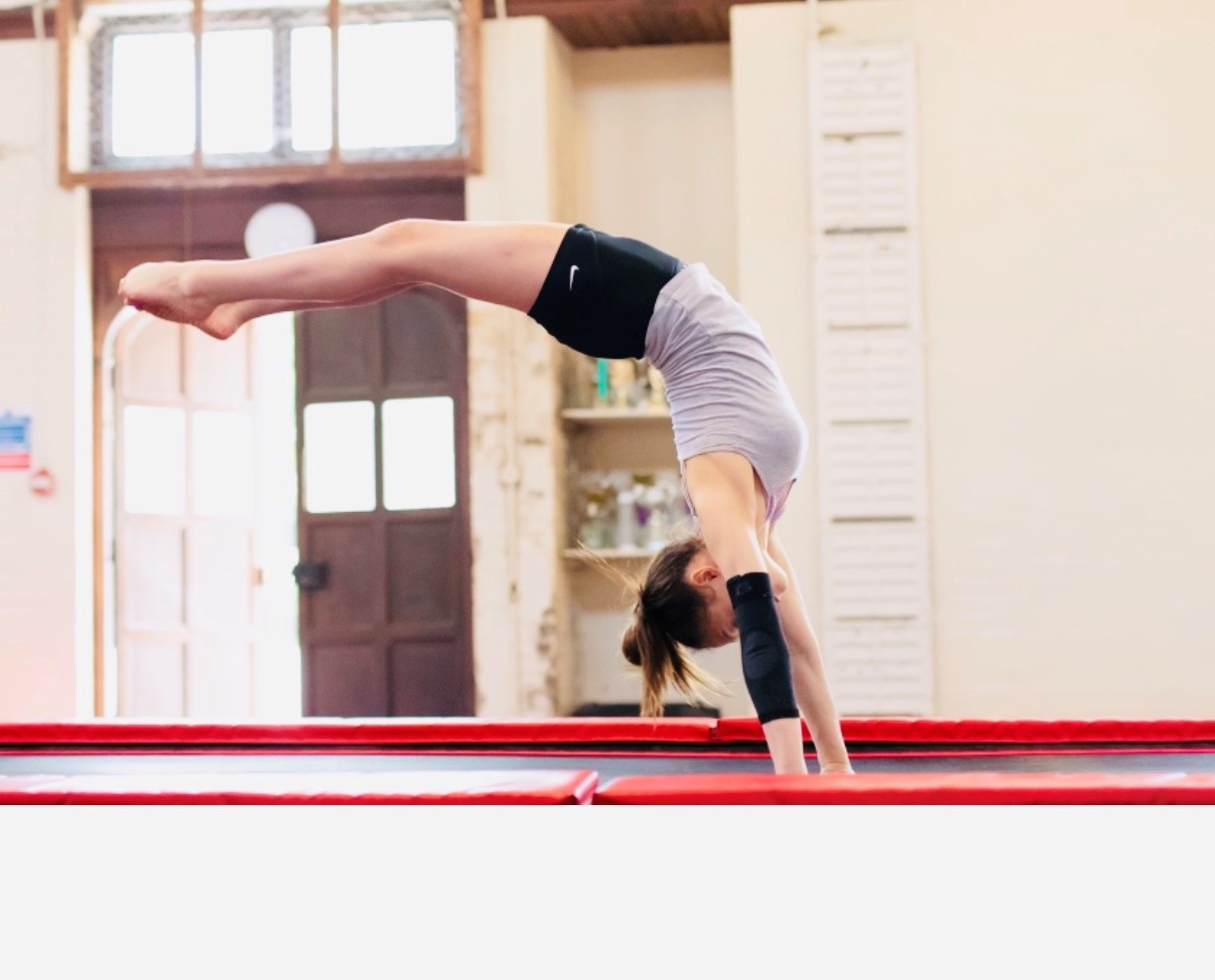 Three words that perfectly sum up talented gymnast Olivia Gauregui who, it is fair to say, has already overcome so much – in order to achieve so much – in her life so far.

Gauregui, from Newport, who turned 16 at the end of May, spent much of her childhood in and out of hospital as she battled to overcome both cancer and a life-threatening soya allergy.

Last year she received the honour of becoming the first Welsh gymnast to be selected for Great Britain for the TeamGym European Championships.

That event, which was set to be staged in Denmark last October, was subsequently cancelled due to the Covid-19 pandemic.

However fast forward a year and Gauregui has once again been named in the Great Britain squad for the TeamGym European Championships.

She is set to compete in the junior women category in Guimaraes, Portugal, at this year’s Championships taking place from 1st to 4th December and, assuming they do go ahead as planned, she will become the first Welsh gymnast to ever compete at these championships.

It also comes only a couple of years after she switched discipline to TeamGym from women’s artistic.

TeamGym, which takes skills from other types of gymnastics and adds a team element, is still a relatively new discipline. It includes routines being performed on three pieces of apparatus: floor, trampette and a tumbling track.

“I really am very proud,” she said. “I’m just in shock that being only two years into the sport I was not only selected, but re-selected, for the Europeans.

“Being selected feels 100 per cent as good as last time; I’m still just as honoured to represent both Wales and Britain in the upcoming championships.”

The past year or so has also thrown up its own unique challenges for Gauregui, who is currently working her way back after ankle surgery – while she has also had her GCSEs to contend with – all against the backdrop of the pandemic.

“The past 15 months have been immensely difficult for me,” she said.

“I’ve not only had my GCSEs to complete, but I’ve also had an ankle injury which I’ve recently had surgery on.

“For the past two years I’ve struggled with this unknown issue in my ankle. I must have had five X-rays on it, 3 MRIs and a SPECT CT Scan. It was a chronic injury that wouldn’t let me train for more than an hour and I often wouldn’t even get there as, if I landed awkwardly, I’d experience immense pian and struggle to walk for up to a week.

“I eventually got the contact of an ankle specialist who understood my frustration and was also determined to take action upon it.

“I had surgery three weeks ago and now I’m already walking, swimming and doing non-impact strength to give myself that edge when I come back and, when I do, I’ll come back with a bang.

“Fitting in my studies has been difficult, but by no means impossible; I am someone who is very academically focused and, for me, my education is my future and is the priority.

“During the six-week period I had my exams I found a technique that gave me what I believe to a healthy balance between training and education.”

And it certainly worked a treat for the Bassaleg School pupil, who has bagged herself 3 A*s, 6 As and 2 Bs in her provisional GCSE results received last month – which will be confirmed in August.

She now plans to study mathematics, physics and PE at A-Level – after which she then hopes to join the Royal Navy and take up aircraft engineering.

But, with a mature head on her shoulders, whatever happens in and out of the gym – she’ll certainly take it all in her stride.

“I believe a long and happy life is a blessing, let alone any achievements or opportunities given along the way,” Gauregui added.

“I feel very fortunate to have overcome such a big hurdle in life.

“I appreciate that I am one of the lucky ones to beat cancer and I have a number of friends who have not been so lucky – which serves to add perspective.

“This makes me grateful for every single opportunity given to me and leads me to think that you can’t let any of those opportunities slip, as someone else would love to be in your position and, who knows, that opportunity might be life-changing.

“Growing up I also suffered with a life-threatening food allergy, which landed me up in hospital but, thankfully, I’ve outgrown it.

“I believe that life throws many curveballs and, whilst I have experienced multiple already, with determination and resilience, you can achieve anything you set your mind to.”

Gauregui, who trains out of Evolve Gymnastics Academy in Cardiff, is now also coached by her mother Alyson Marks since making the switch from women’s artistic.

The latter is currently the highest qualified TeamGym coach in Wales and is also one of four gymnastics coaches from Wales who were recently nominated for a prestigious UK Coaching Hero Award.

“I’m hugely proud of Liv and her achievements, sporting and academic,” she said.

“I’m very fortunate to have a daughter who is self-motivated, extremely focused, very determined.

“She’s very mature mentally and sets her own goals, she’s very self-driven; I’ve never had to motivate her in anything.

“As a coach, a former gymnast myself and a mum, I’m fully aware of how difficult it is to maintain elite level gymnastics training under normal circumstances and achieve academically, particularly getting in enough revision to do as well as you want to do to open the doors to go on to do A-Levels and whatever the aspirations are moving forwards from that.

“But obviously impacting on that is the pandemic, with the distance or online learning, and all of the difficulties that all of our young people have had to go through.

“For her to come out the other end, to have achieved academically with all the As that she got and be re-selected to the European team for Great Britain, is nothing short of miraculous, I think.

“It has been a struggle for all our young people and all of them who have continued to train, despite being locked in their homes for such a large proportion of the past 18 months, is amazing.”