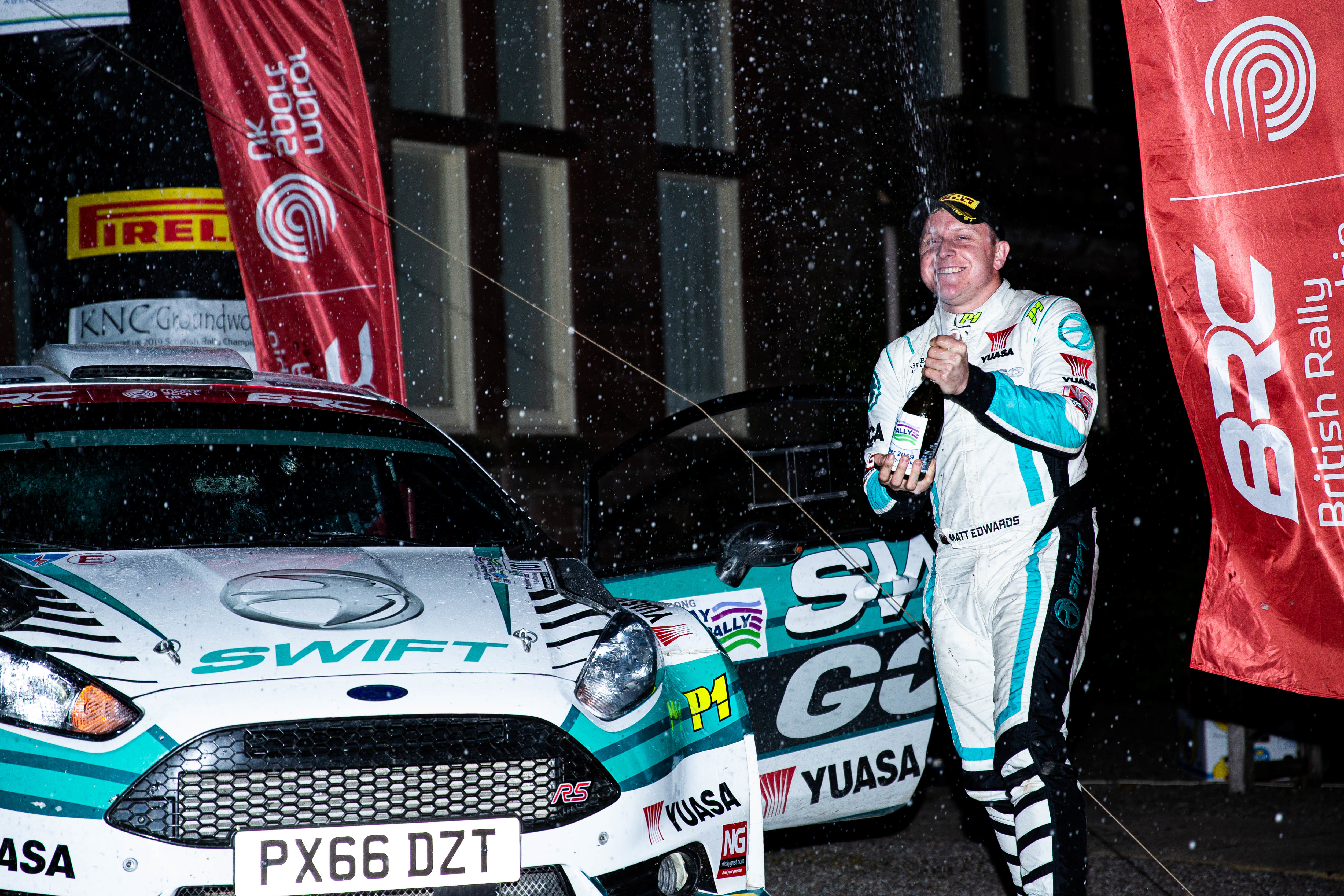 Wales will have two events on the revamped 2021 British Rally Championship calendar.

The Nicky Grist stages – centred around the fast and flowing stages of mid-wales returns to the schedule for the first time since 2017 next July.

And in October the Visit Conwy Cambrian Rally will act as the season finale and likely crown the champion.

The event – which has switched from its usual February date – will use the iconic Wales Rally GB stages.

Llandudno’s Matt Edwards was bidding to become the first Brit to win the BRC title three years in a row last year.

The action-packed British Rally Championship is all set for 2021, with Motorsport UK today (Wednesday 16 December) announcing the calendar for the new season ahead.https://t.co/9s6ESbPn5m to read more…#BRC pic.twitter.com/1M81lsP2QO

Edwards won the opening Cambrian Rally round before the coronavirus wreaked havoc on the sport.

Wales is unlikely to be a round of the World Rally Championship next season. Britain’s round has been scheduled for August with Northern Ireland the likely hosts though talks are still ongoing.

Organisers are hoping that the 2021 championship will not be decimated like this season’s schedule by COVID-19.

“Rally competitors and fans have missed the action on the stages in Britain this year.

“We have been working on a new calendar for a while and we have waited as long as possible, so that we could consider the direction government restrictions across the British Isles and the rest of Europe.

“We have also concentrated our efforts to support all home nations and to have an even mix between asphalt and gravel surfaces. The start of the season will begin on asphalt, with crews only having to convert their cars once this season, thus reducing the time and cost for our competitors. I believe we have achieved this, with some new venues and some returning national classics from years gone by.

“I would like to thank everyone involved in the BRC for helping bring our plans together for 2021. We are looking forward to a new season, as we have all missed the red-hot action and commitment from the BRC competitors.”

The Welsh events will be part of a seven rally schedule across all four home nations, with asphalt and gravel rallies providing seven different and unique challenges.

The 2021 season will begin on a sealed surface for the first time in over 40 years, with a trip to Northern Ireland for the classic Circuit of Ireland.

A name synonymous in the world of rallying, the Belfast-based event will play host to the phenomenal, bumpy, challenging Irish roads and unpredictable weather conditions – the perfect BRC curtain raiser.

From a BRC staple, to a brand-new challenge for Britain’s best crews, as the Corbeau Seats Rally Tendring and Clacton will welcome the BRC to the south east of England for the very first time.

The rally was the first closed road event in England back in 2018, and since then has gone from strength to strength, and will offer a journey into the unknown – making competition an exciting spectacle in the Essex lanes come April.

The Beatson’s Building Supplies Jim Clark Rally will be home to round three of the championship. The iconic roads through the Duns region in southern Scotland are a favourite for drivers and rally fans alike as the rally returns to the BRC bill.

New for 2021 will be the Grampian Forest Rally. The event based to the west of Aberdeen will utilise the fast, flowing and smooth gravel stages in the Banchory region. Like Clacton earlier in the year, this new addition in the summer will see a battle royal in the forests with a brand-new challenge facing the title protagonists.

Trackrod Rally Yorkshire returns to the fold as the penultimate round of the championship. The challenging and unforgiving Yorkshire stages in Dalby Forest will favour the brave, as the fast and furious shoot-out will be welcomed onto the calendar for the first time in eight years.