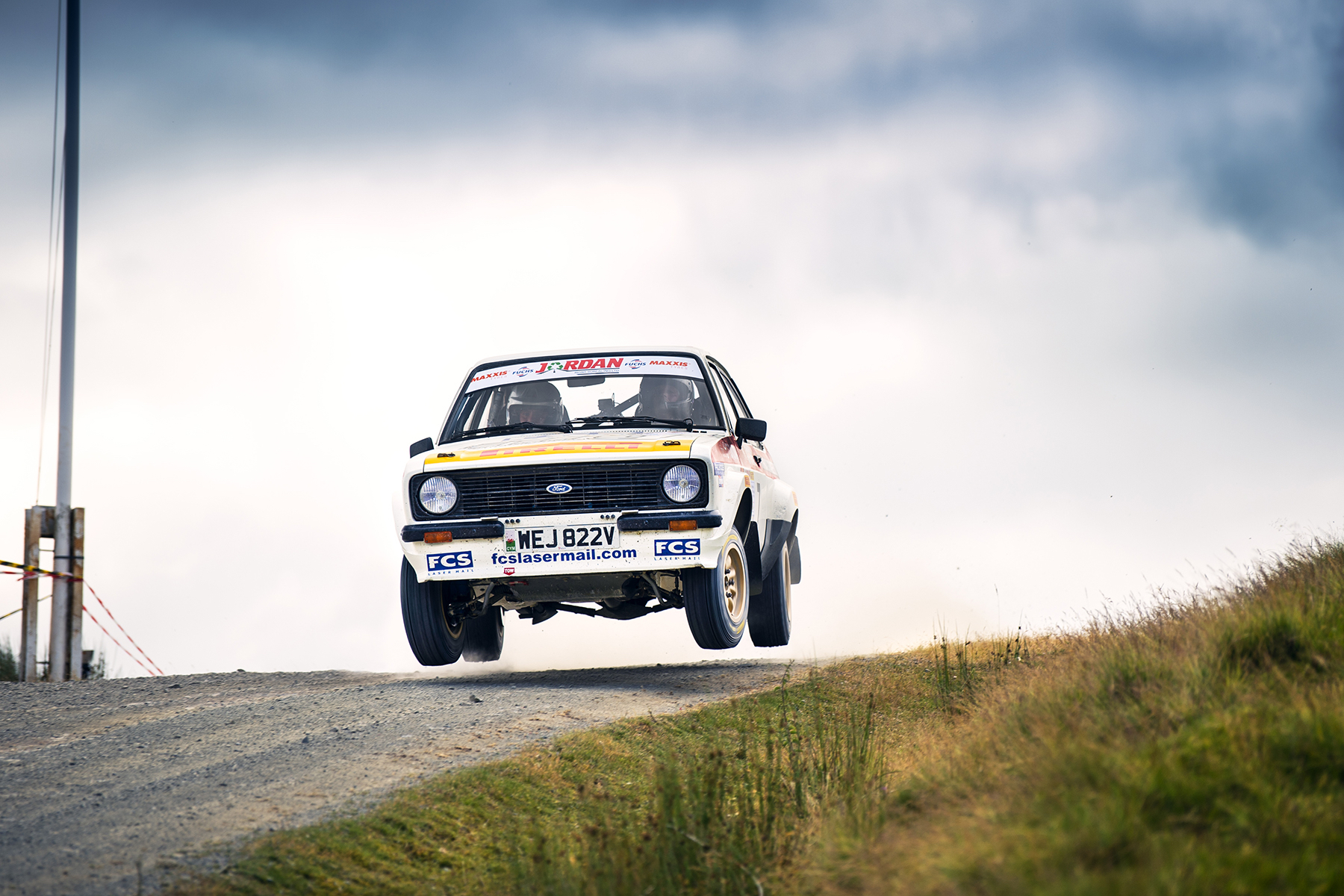 The move into the centre of Builth Wells proved a huge success, as Saturday’s Nicky Grist Stages produced a carnival atmosphere and a great sporting occasion – with Euan Thorburn/Paul Beaton winning the event in their Ford Focus WRC to clinch the 2019 Jordan Road Surfacing BTRDA Rally Series title.

Whilst the competitive element of the event took place in the famous Mid-Wales forest stages of Crychan, Halfway, Monument and Llyn Login, the Start and Finish ceremonies were held in Groe Park and the Service Area was on the Builth Wells RFC pitch.

Thanks to the combined effort of event organisers Quinton Motor Club, Builth Wells Town Council and Powys County Council, the move into town brought a lot of extra trade to the high street and proved to be a big hit.

“We implemented a lot of changes for this year’s event, the biggest one being moving the home of the event into Builth Wells town centre, and it’s been a great success,” said event sponsor Nicky Grist. “The aim was to introduce rallying to a new audience and to bring trade into Builth and it seems to have done the trick. There was a great atmosphere in the Service Park and all the competitors and spectators that I spoke to really enjoyed it. The event itself ran to time and everything ran very smoothly, so full marks to Quinton Motor Club for putting on another fantastic event. We are looking forward to doing more of the same in 2020.”

Local hero Jason Pritchard made a wrong tyre choice for the first loop of stages and suffered a half spin on SS2 and then went off backwards and into a ditch on SS4. But after that the triple British Historic Rally Champion flew in his North Road Garage-backed Ford Escort RS1800, setting some great times with co-driver Steve McPhee to finish first Historic crew home in 15th place overall.

“This year’s Nicky Grist Stages ran to time throughout, the competitors enjoyed the stages and I have to give a very special thanks to the marshals, who have all been fantastic in the hot and dusty conditions,” added Neil Cross, the Nicky Grist Stages Clerk of the Course. “The town of Builth Wells have welcomed us with open arms and we hope we have repaid them by bringing a lot of business onto the high street. The new Service Area on the Builth Wells rugby pitch worked well – all the competitors servicing together created a great atmosphere, and there were a lot of people, many of whom were enjoying their first experience of rallying, walking around and enjoying seeing the cars and meeting the drivers and co-drivers. I’m delighted that all our innovations for 2019 worked so well and that we delivered a very successful event for the competitors and the town of Builth Wells.”