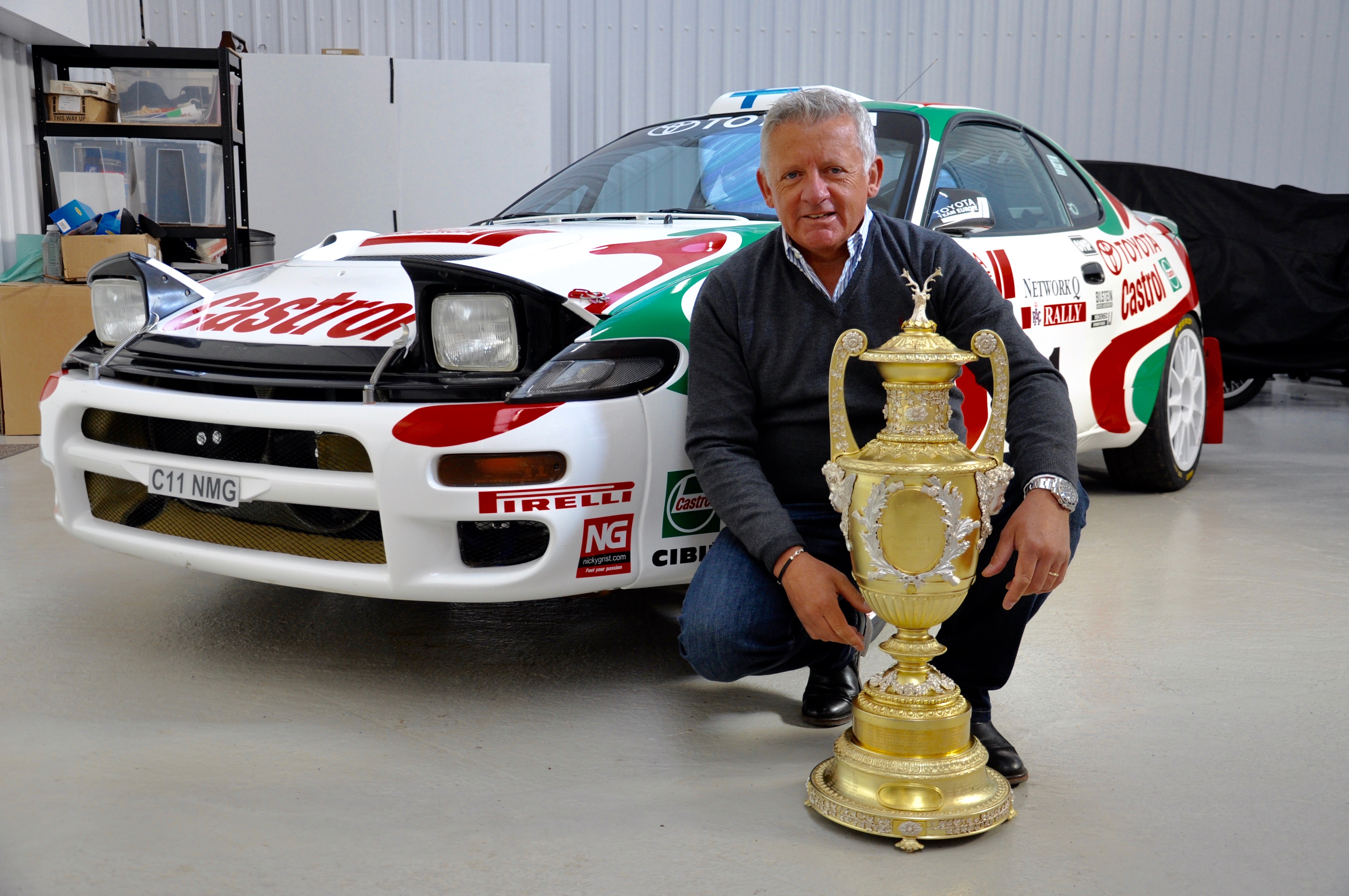 Nicky Grist with his Toyota Celica GT-Four ST185 (the same car he and Juha Kankkunen won the 1994 Rally of Portugal in) and the Wales Rally GB winners trophy.

Nicky Grist says rallying must be patient as the sport continue to be left on the starting line by the coronavirus pandemic.

Three major Welsh rally championships have fallen victim to lockdown so far, but the hope is that motor racing will start to take place behind closed doors in the UK later in the summer.

NASCAR ran a race in the USA last weekend, but rallying sees both a driver and a navigator compete together.

Teaming up for an extreme sport and sitting next to each other within a closed space for several sweaty hours could never be described as social distancing at the best of times.

And, of course, a large team of people – competitors, service crews, marshals and event officials – need to travel and stay in an area over a long weekend to make a rally happen.

Very little about organising and running a rally currently falls into any central or devolved government guidelines.

All motorsport in the UK is suspended until 30 June anyway, and while some rallies cancelled their 2020 events straight away, at least one other event that had previously been postponed and rescheduled for August has been cancelled too.

But all hope is not lost.

Some of Wales’ biggest rallies are still hoping to run in 2020.

The Nicky Grist Stages, originally scheduled to take place on 11 July, is hoping to run in November instead, the Get Connected Rali Bae Ceredigion – Wales’ first closed road stage rally – is still hoping to run as planned on 13 September and, of course, there is Britain’s round of the FIA World Rally Championship, Wales Rally GB, which is pressing ahead with its plans to run on schedule between 29 October and 1 November.

Abergavenny-based Grist – a winner of 21 world championship rallies, co-driving for (and sitting very closely alongside) the likes of Colin McRae and Juha Kankkunen – knows that riding this crisis out is the only policy.

“Unfortunately, social spacing isn’t that easy with both a driver and co-driver in a rally car,” says Grist.

“Until we are over the crest and have more control of this virus, competitors will have to continue to be patient and sit it out.

“A lot of people are raring to drop the clutch and are looking forward to rallying restarting.

“If we can enjoy some rally events in the latter half of 2020, not only will these be closely fought, it will also prepare everyone for proper championship competition when we return better and stronger next year.”