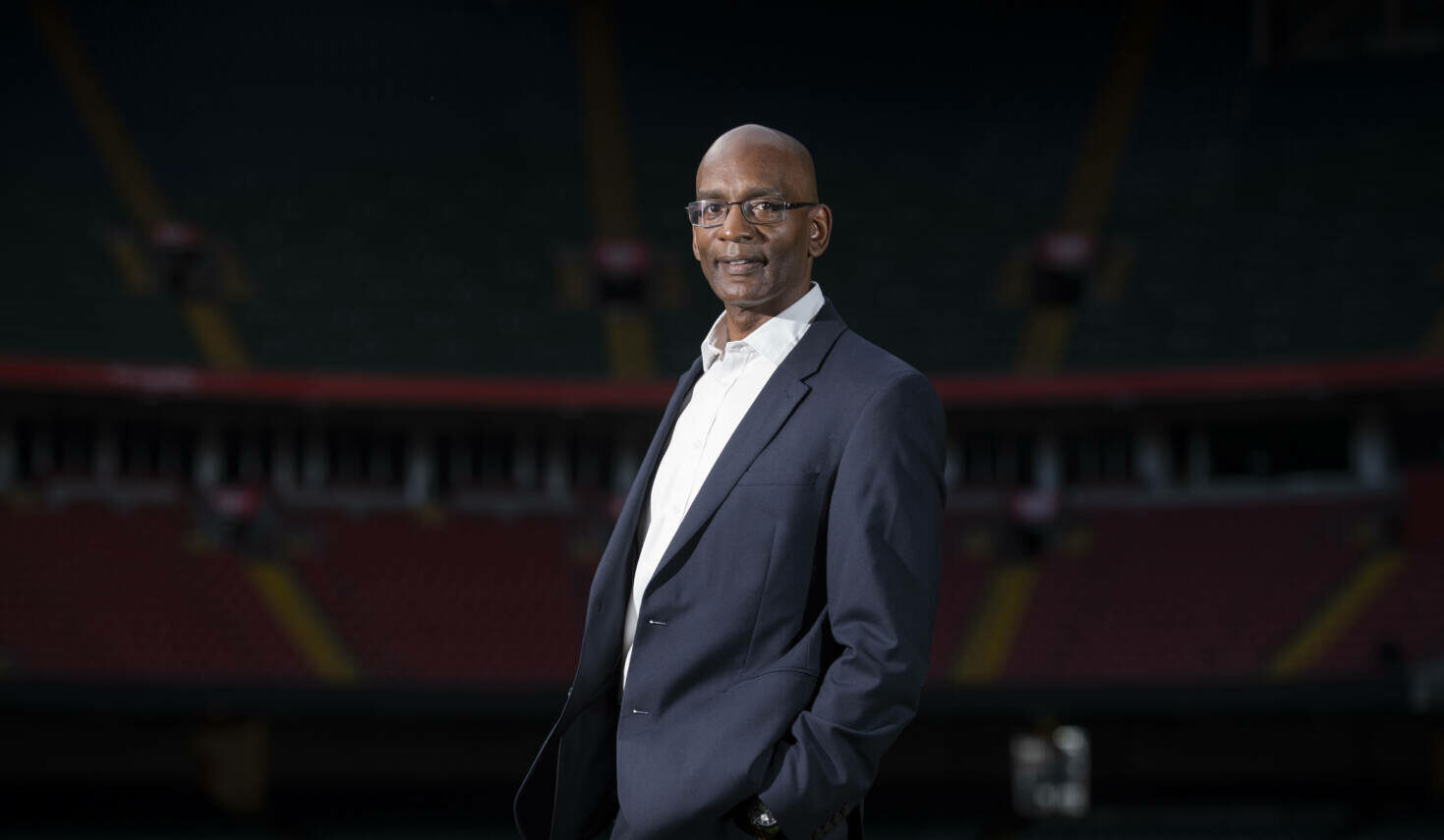 Nigel Walker insists he can make a difference and believes there is “a sense of change in the air on a number of fronts” as he begins his role as performance director of the Welsh Rugby Union.

As a flying wing for both his club, Cardiff, and country, he won 17 Welsh caps in a five year rugby sojourn that was bolted onto an earlier athletics career in which he attend all the major global championships as one of Britain’s finest 110 metre hurdlers.

Having been one of many black British athletics’ internationals during his time on the track, his was more or less a lone black face in the Welsh rugby teams between 1993-1998. Twice he played with the Maori-born Hemi Taylor and once with Colin Charvis.

Only 22 out of 1171 players capped by Wales over 140 years have been from BAME backgrounds, which is less than 2 per cent.

When Mark Brown became the first BAME player to don the red of Wales it was in their 348th international fixture 38 years ago.

A decade later, in 1993, Walker became only the fourth player in what was Wales’ 413th game. Since then, there have been 18 more in a further 348 matches.

His in-tray at Principality Stadium may be stuffed full of hot rugby topics such as the current state of the women’s game, the constant war between the WRU and the regions, the need to find a more meaningful place in the playing structure for the Premiership clubs and how to get the most out of the elite Schools & Colleges League, but there are a few other key issues he intends to address.

“I had an interesting conversation with someone last week who is working with the WRU in the diversity and inclusion space. All of these things are on-going and it is a topic that is being discussed regularly,” he said.

“There is a recognition that the game in Wales is not truly representative of the society in which we currently live. You can tell when I am picking my words carefully, because I slow down!

“I know I work for the Welsh Rugby Union, but there are a number of organisations both in and outside of sport who recognise that they’re not truly representative of the country in which we live. It’s an on-going debate, and one that is on-going in the Olympic and Paralympic world as well.”

At the high table of Welsh rugby his will be the lone black face among the eight-person executive committee. The WRU Council boasts Colin Charvis among its ranks of 17, but there are no black members of the 12 strong WRU Board.

The WRU appointed its first black coach in November, 2020, but Warren Abrahams lasted a mere eight months before he quit in the wake of some disastrous results with the Welsh Women’s team.

So, when Walker says he wouldn’t have left his position as National Director at the English Institute of Sport unless “I thought I could make a difference” you have to believe that change is in the air on a number of fronts.

Crucially, he says he has “a shared ambition for the game in Wales along with CEO Steve Phillips”. Grand Slam winning skipper Ryan Jones held the post of Performance Director at the WRU before Walker and left without really making any sort of mark.

The fact his first public appearance on the day he took up his post came at the announcement of the Welsh Women’s autumn international schedule was proof he is ready to tackle the festering sore the women’s game has become in Wales.

A recent in-depth review of the women’s game has at least given him a great place to start and the fact he shared the stage with the current Welsh skipper, Siwan Lillicrap, last week and came away with his limbs intact was further proof that his appointment has been well received on the female front.

“The WRU, though both Steve Phillips and Nigel Walker, have apologised to us and said it hasn’t been good enough and are now committed to change,” said Lillicrap.

“I have absolute faith in Nigel and it is exciting that he has now started. His appointment is massive for us.

“His priority is the women’s game and, hopefully, big changes can now happen. For us to be the best version of ourselves then something has to give.

“We need to be invested in and Nigel has said that is going to happen in some format after the recommendations that were made in the review of the women’s game in Wales.”

What an opportunity he has, all others have just done ‘more of the same’ he could literally be the game changer, what a legacy!

It’s likely he has minimal idea of women’s game, so I’d hope he’d involve those who do

With 40 players playing in the Allianz Premier15s league in England, whoever eventually takes over as head coach of the Welsh team in 2022 and takes the side to the World Cup in New Zealand should have the makings of a reasonable squad.

As Lillicrap is the first to admit, confidence has been shattered by off-field bickering, changes of coaching and 12 straight defeats in which they have conceded 467 points at an average of almost 39 per game. In response, they have managed to score a mere 89 points and been held pointless four times.

Walker’s arrival at his new desk came two days after the Football Association of Wales launched their ambitious, six-year strategy, in which they are targeting a doubling of the number of women and girls playing their sport. They currently have 10,000 registered players.

Getting the structure of the women’s game in Wales correct will be a big enough task in its own right without having to battle against the FAW for players. It’s just as well that Walker admits to enjoying a challenge!